SEOUL, Sept. 20 (Yonhap) -- South Korea on Sunday decided to extend nationwide virus curbs under way since late August by another week, as untraceable cases coupled with cluster infections still persist ahead of the Chuseok holiday.

Under the decision, the country will maintain the Level 2 social distancing scheme, which has been in place since Aug. 23, for all areas of the country through Sept. 27. The measures were originally set to end today.

South Korea operates a three-tier social distancing system. Under the second level, all indoor gatherings of 50 or more people are banned, while the ceiling is 100 for outdoor meetings. 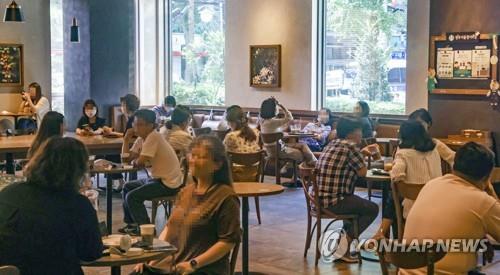 Following the measure, so-called risk-prone establishments, such as clubs, buffets, cram schools with more than 300 students, and karaoke rooms, will also be shut down for another week.

The government earlier gave the nod to re-openings of PC cafes, also categorized as a high-risk facility, last week with some regulations. Public facilities such as museums and libraries will also be closed for another week as well.

Other places with lower risks, such as restaurants and religious facilities, are allowed to continue to operate but are still obligated to keep entry logs while keeping safe distances among visitors.

Shops that violate the measure can be slapped with fines of up to 3 million won (US$2,578) under the law. The government can also demand compensation if new patients are traced to their businesses.

The country adopted what it calls an enhanced version of the Level 2 social distancing scheme for the capital area in late August, which ran through Sept. 13. During that period, restaurants were allowed to only offer takeout after 9 p.m.

Last week, the virus restrictions in the greater Seoul area were eased, allowing restaurants to operate normally, but such curbs in the wider capital area were already extended to Sept. 27. 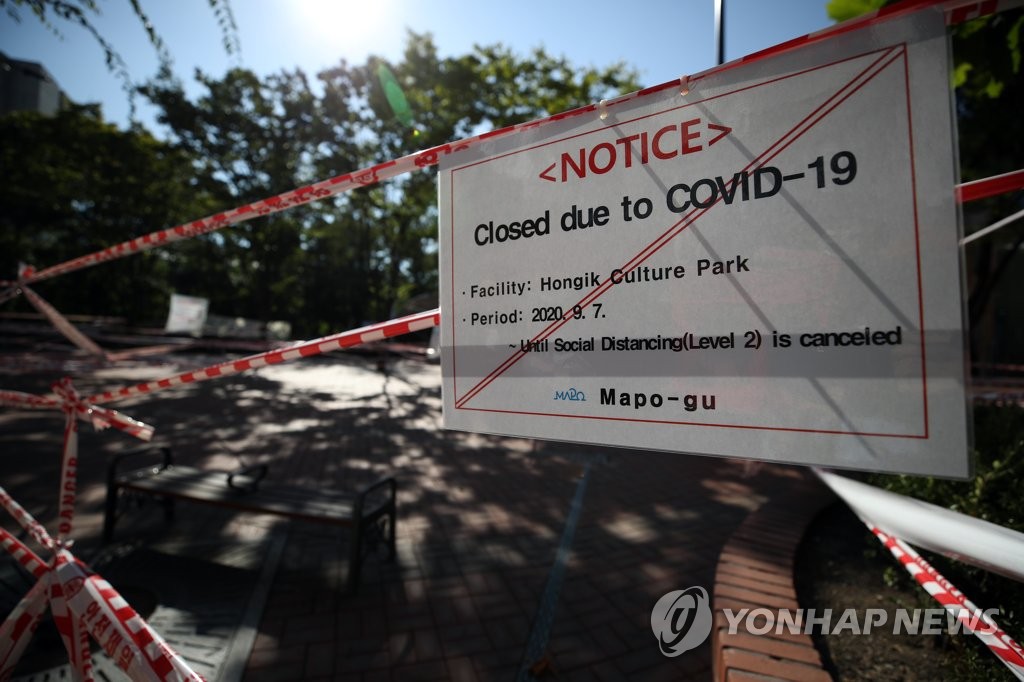 The extension of the nationwide social distancing level came as the proportion of untraceable cases among newly added infections reached 28 percent over the past two weeks, putting great strains on the country's virus fight.

Health authorities also remain vigilant as the Chuseok holiday is approaching, when millions travel across the country to visit relatives.

This year, South Koreans are set to enjoy five days off, including the three-day Chuseok holiday that falls from Sept. 30 to Oct. 2.

South Korea has been urging people to stay home over the period, saying that elderly people are more vulnerable to virus infections and the chance runs high for them to fall into serious or critical condition if they are infected with the virus.

The country had been maintaining two-digit daily new cases for weeks before reporting more than 100 infections on Aug. 14, with most of them being reported in the greater Seoul area that houses around half of the nation's population.

The number fell below 100 for the first time in more than a month on Sunday, but the decrease was in part attributable to fewer tests being carried out over the weekend.