SEOUL, Sept. 22 (Yonhap) -- The National Assembly is expected to approve South Korea's fourth extra budget during a full-floor session Tuesday to cushion the economic fallout from the COVID-19 pandemic.

The floor leaders of the ruling Democratic Party and the main opposition People Power Party reached a last-minute agreement on the configuration of the 7.8 trillion-won (US$6.7 billion) extra spending bill earlier in the day.

The agreement paved the way for the bill's passage at a plenary parliamentary session Tuesday as previously agreed between the rival parties. 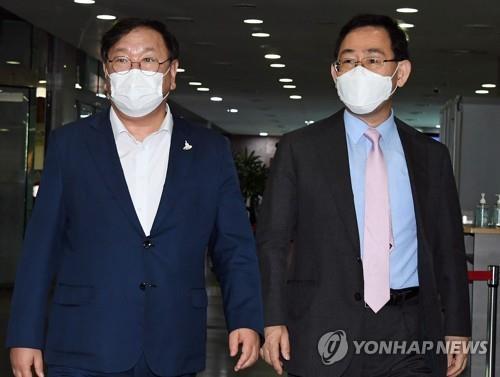 If approved, it will become the fourth extra budget drawn up this year to fend off the economic impact of the pandemic, especially in light of a virus resurgence here in mid-August.

The spending plans center on some 3.8 trillion won allotted for 3.77 million people gripped by the virus resurgence, including 3.2 trillion won to be distributed as stimulus cash handouts for 2.91 million small business owners and self-employed people.

Under the scheme, up to 2 million won will be granted for each business owner who was ordered to close shops or shorten operating hours in compliance with tight social distancing rules imposed in the wake of the mid-August virus resurgence.

Other spending plans of the bill were slightly reconfigured in the lead-up to the rival parties' last-minute agreement on the bill's passage.

A controversial plan to dole out 20,000 won in mobile service subsidy to all people aged 13 or above has been scaled down to benefit only those aged between 16 and 34 and people aged 65 or above.

Part of some 520 billion won in surplus budget generated by the spending cut will go instead to vaccinating more than 1 million disabled and low-income people against influenza, according to party officials.

A separate budget has also been assigned for stocking up on COVID-19 vaccines to cover 20 percent of the South Korean population, the officials said.

The surplus money will also cover financial assistance for a greater number of taxi drivers and parents with young children than initially proposed by the government.

Following the bill's passage, the government is planning to dole out the emergency assistance package before the Chuseok autumn harvest holiday, which falls on Oct. 1 this year. 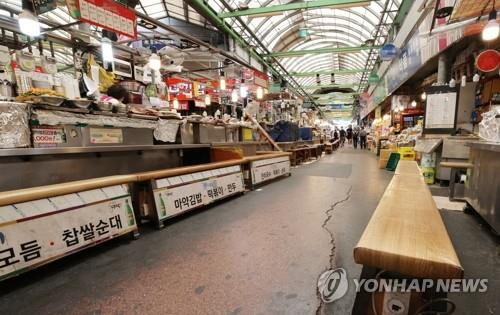