SEOUL, Sept. 27 (Yonhap) -- More than 400 South Koreans have been injected with seasonal flu vaccines that should not have been administered due to storage problems, but no side effects have been reported, health authorities said Sunday.

The Korea Disease Control and Prevention Agency (KDCA) said 407 people received the vaccines that were not supposed to be administered after being exposed to room temperature.

The figure marked a hike from Saturday, when the agency reported 324 people received the flu shots.

Still, none of the people injected with such vaccines have showed abnormal reactions, the agency said. 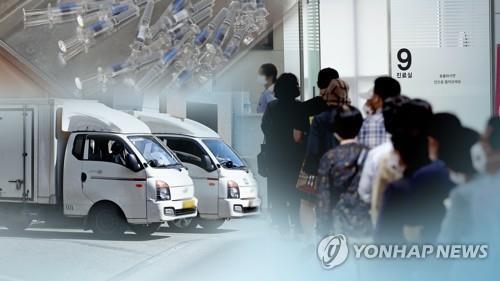 Last week, the KDCA temporarily halted its plan to offer free seasonal flu vaccines after some of about 5 million doses of flu vaccines were partially exposed to temperatures outside the storage range.

Inactivated vaccines should be stored in refrigerators, and exposure to room temperature could result in decreased vaccine potency and increased risk of vaccine-preventable diseases.

But the safety of those vaccines exposed to room temperature has yet to be determined.
(END)