SEOUL, Sept. 28 (Yonhap) -- The number of subscribers of the local video streaming service giant Wavve has topped 10 million on rising demand for a wide variety of content, the company said Monday.

"Despite a slight slowdown in the first half of this year, our memberships have been on a strong rise since July thanks to new releases of Wavve original series and exclusive foreign titles," Wavve CEO Lee Tae-hyun said in an online press conference.

He expected his company will swing to a profit within two or three years and go public in 2014. Around that period, Wavve will likely post 500 billion won (US$426 million) in revenue, with 5-6 million subscribers. 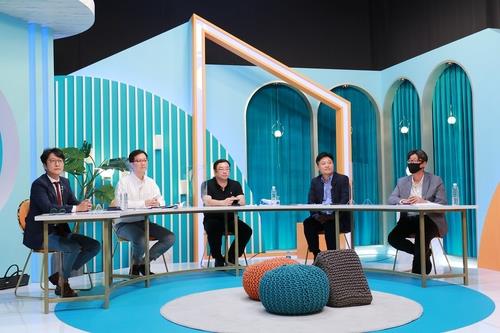 As of end-August, the combined number of Wavve's paid and unpaid subscribers reached 9.9 million and surpassed the 10 million threshold two weeks ago, he added.

According to the latest survey by market researcher Nielsen KoreanClick, Wavve posted 3.88 monthly active users last month, slightly behind the previous peak of 4 million tallied in November last year. Monthly active users refer to customers who use a company's service at least once a month.

The number had declined for four straight months through March amid the aggressive expansion by U.S. media giant Netflix.

Wavve said the latest rebound in subscriptions has been driven by plenty of eye-catching content from home and abroad.

Its original Korean-language dramas and variety shows, including the historical romantic comedy "The Tale of Nokdu," the comedy drama "Kkondae Intern" and the sci-fi romance "Alice," were more popular this year.

The company said a total of 12 original series, including seven dramas, will be available by the end of this year. Most of the programs also will be sold overseas.

At the same time, it has stockpiled 6,000 movies and offered popular foreign-made TV series like "The Handmaid's Tale."

"We will constantly invest our proceeds into content creation as a way to become a platform that contributes to the development of the Korean media industry," said Lee, the Wavve CEO. "We will increase investment to meet customers' demand for our original content." 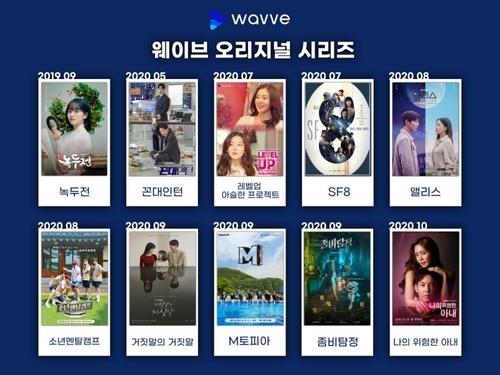 He said such Korean original series will help Wavve contend in the domestic market with global streaming service giants like Netflix and Disney+, whose plan to launch the service in South Korea in 2020 has been delayed due to the COVID-19 pandemic.

"Local content is on the top of the lists of all platforms operating in Korea, and I heard that many best-sellers on Netflix are Korean-made ones," Lee said. "We'll not lose ground against global titans."

But he remained cautious about expanding the company's long-term growth strategy through tapping into overseas markets.

"We need more time to become a multinational streaming service operator like Netflix," he said. "We will map out plans to go overseas next year or the year after next."