(ATTN: UPDATES throughout with details; ADDS photo)
By Lee Chi-dong

SEOUL, Sept. 28 (Yonhap) -- President Moon Jae-in expressed his condolences Monday and offered a public apology over the death of a South Korean civil servant in a shooting by North Korean troops, calling it a "regrettable and unfortunate" incident.

"Regardless of how the victim went to the North Korean waters, I offer words of deep condolences and consolation to the bereaved family members over their grief," he said.

The tragedy should have not occurred despite the peninsula being divided, he added. 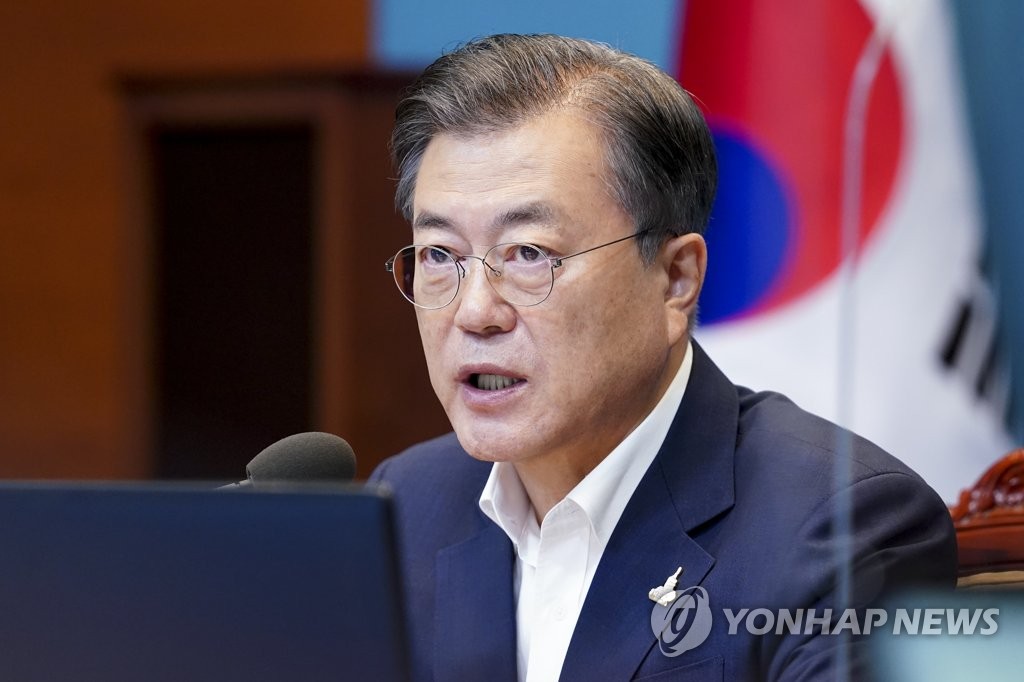 Moon was speaking in front of pool reporters and cameras during a weekly meeting with his senior Cheong Wa Dae aides.

The remarks represented Moon's first public statement he made in person in connection with the case that happened just north of the western sea border, known as the Northern Limit Line (NLL), last week. The 47-year-old fisheries official was killed by the North's troops after crossing the border on a floating object.

Moon also apologized to the South Korean people over their "shock and fury," noting that the government should protect the safety and security of the people under all circumstances.

The Moon administration has come under fierce criticism from the conservative main opposition People Power Party and other critics that it has failed to protect the South Korean national from the North's gunfire.

Moon attached a "special" meaning to North Korean leader Kim Jong-un's own apology over the case included in a recent formal notice from Pyongyang.

"It's unprecedented and very unusual to have apologized immediately and directly as the supreme leader of North Korea," he said.

It shows that Kim is taking the case seriously and also represents a confirmation of his desire that inter-Korean relations won't head toward a breakdown, Moon added.

Moon stressed the need to find the truth behind the incident and explore "substantive" ways to prevent the recurrence of such a case.

To that end, the two Koreas should restore dialogue and cooperate with each other, he emphasized, pointing out that their military communication line remains severed.

He voiced hope that the incident will eventually turn into an opportunity for Seoul and Pyongyang to resume dialogue and cooperation and improve their ties.

"I hope that we will be able to revive the embers of dialogue and open the waterway for cooperation starting with resolving this case (together)," Moon said. 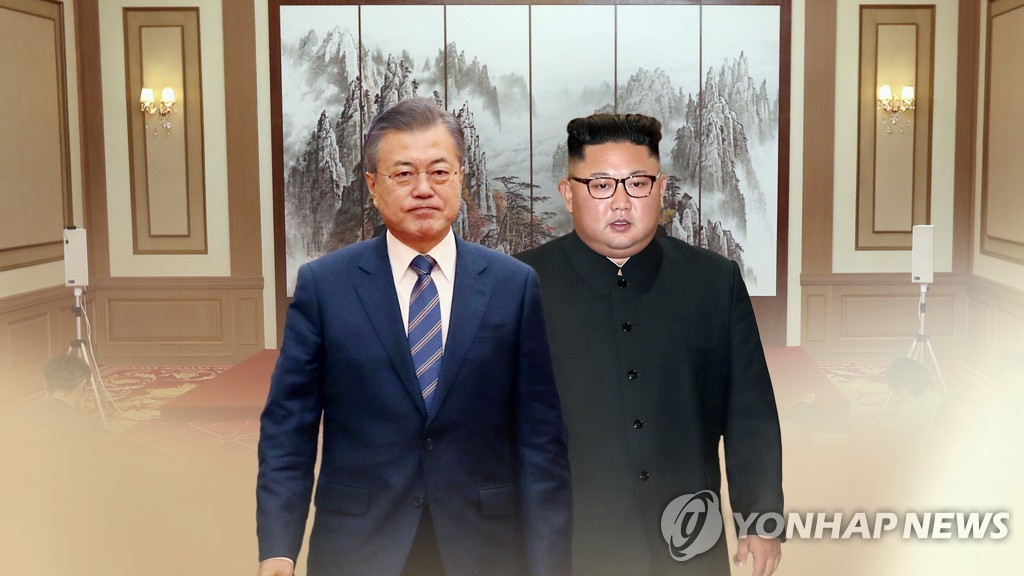