Chuseok, the Korean equivalent of Thanksgiving, falls on Thursday this year with the holiday period extending from Wednesday until Sunday when the Oct. 3 National Foundation Day is included. As one of the biggest traditional holidays, Chuseok has always involved long-distance traveling between family members getting together to pay respects to ancestors, share food and play games. 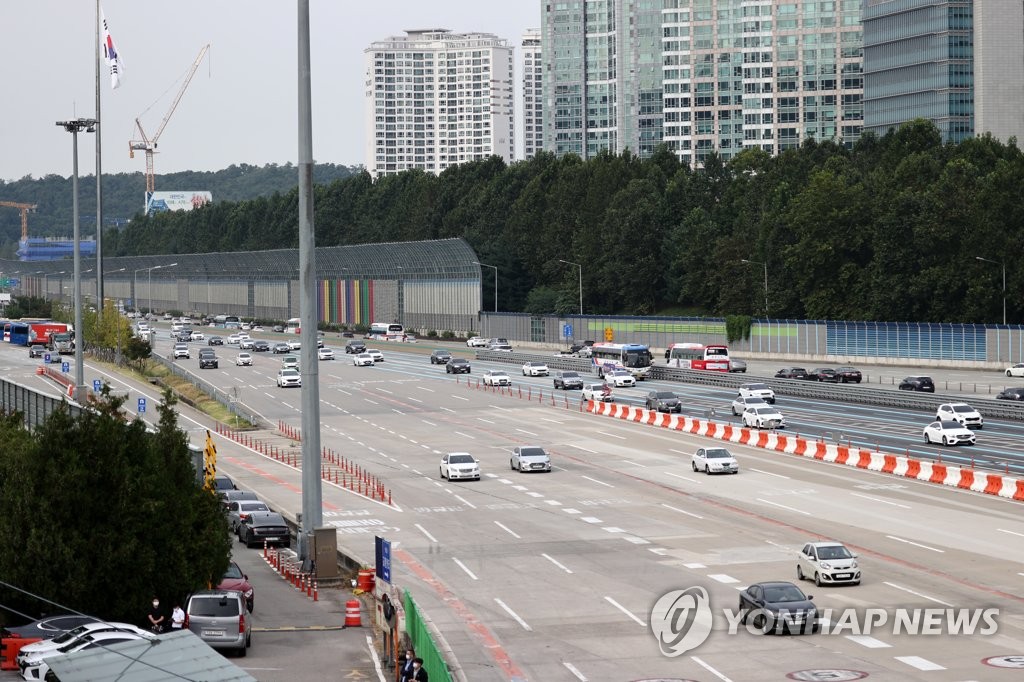 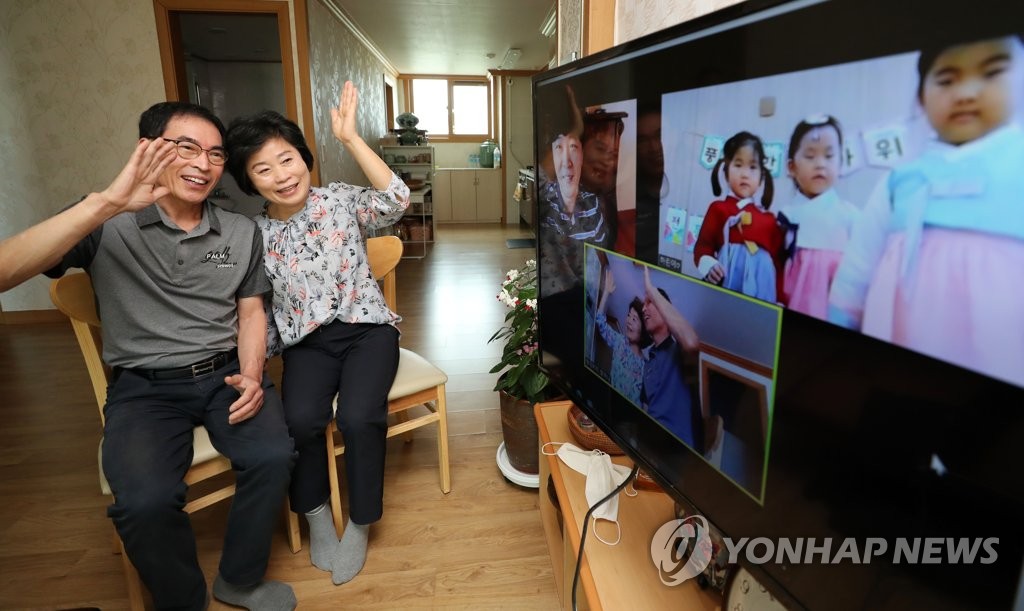 But this year, the global coronavirus pandemic has upended the scene.

As of Tuesday morning, few people had showed up at Seoul Station and Seoul Express Bus Terminal, two of the capital's major transport hubs.

A vendor at the train station said he was used to seeing the terminal packed with people a day before the Chuseok holiday.

"I think I see less than a tenth (of the number of people on the holiday at pre-COVID times)," he lamented.

One passenger who was waiting for a 9:35 a.m. train to Daejeon said he was traveling home to mark 49 days since his mother's passing in line with the Buddhist tradition.

"I'm going for a special occasion, but all my friends in Seoul say they have no plans to go home," said the 64-year-old who identified himself by his surname Baik. 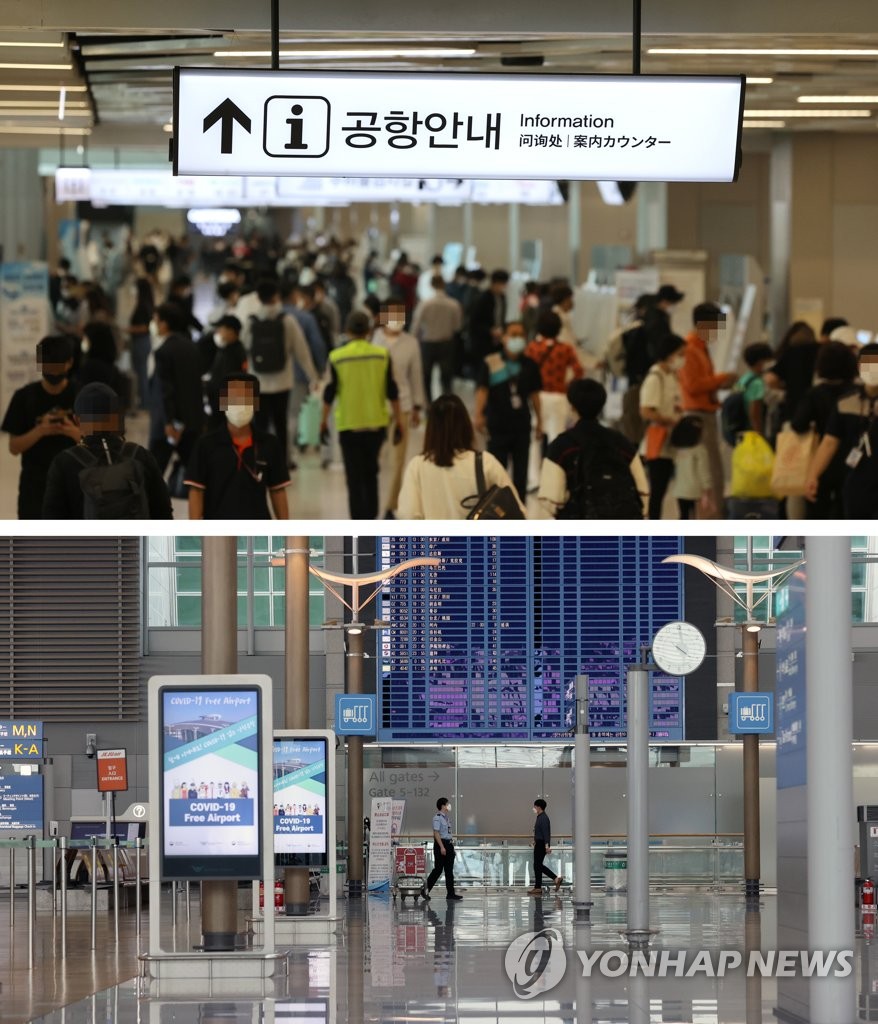 Several other passengers said they were going away for business, not to their hometowns. A janitor cleaning the floor of the near-empty waiting hall acknowledged to seeing only 30-40 percent of the typical holiday crowd.

At the bus terminal, the scene wasn't much different. Most passengers waited for their buses alone.

"I'm going to my hometown to give gifts to my parents, but I plan to come back tomorrow," said Jeong Young-hoon, 39, before boarding the bus to Pohang, 374 kilometers southeast of Seoul. "My wife and the rest of my family decided not to come with me because of COVID-19."

Choi Soo-ji, 28, also said she was going to her hometown of Cheonan, 92 kilometers south of Seoul, just for the day to give gifts to her family. She admitted that on a typical holiday she spends about two days with her family and relatives, but that no gatherings were planned this year. 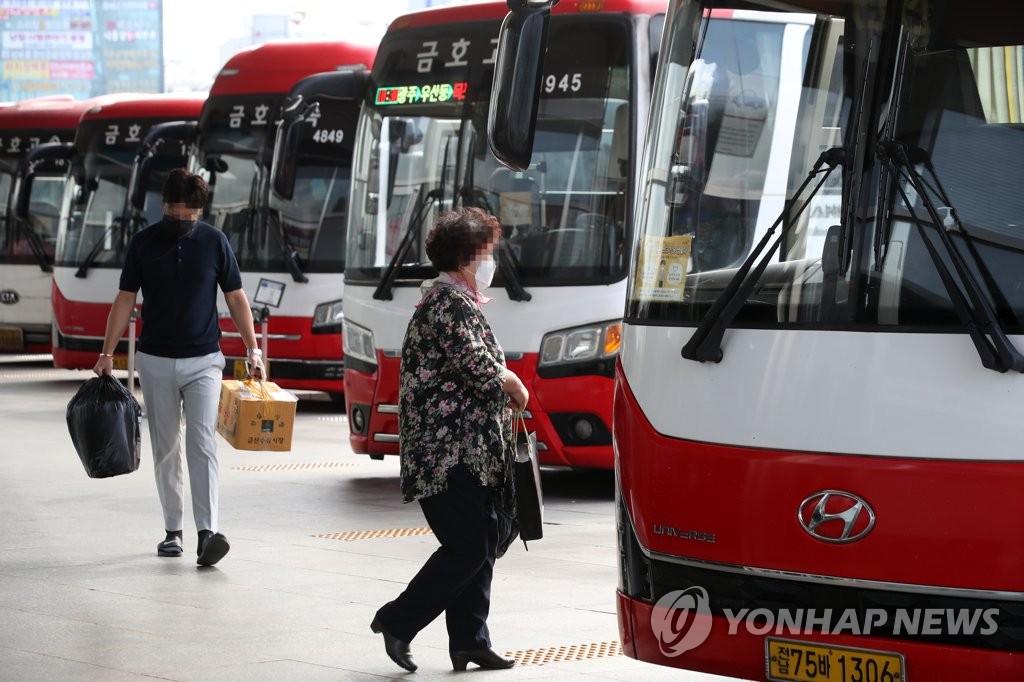 An official at the bus terminal said the number of passengers was less than a quarter of the number seen at the same time last year.

"It looks like passengers are worried about being in the waiting hall, so they buy their tickets online and board their buses right away," the official said, pointing to the empty hall.

While land travel may have declined, air travel apparently has not.

Long lines formed in front of airline counters at Seoul's Gimpo International Airport to buy tickets to the southern resort island of Jeju.

An airline official said the number of travelers was similar to past holidays, with most people seeking domestic flights, a large proportion of them to Jeju, apparently to take a late vacation.

"We were planning to go on vacation (to Jeju) this summer but postponed it because of COVID-19," said a 73-year-old traveler surnamed Park, who was traveling with his elder son's family. "We're taking lots of hand sanitizer and masks with us because of the kids." 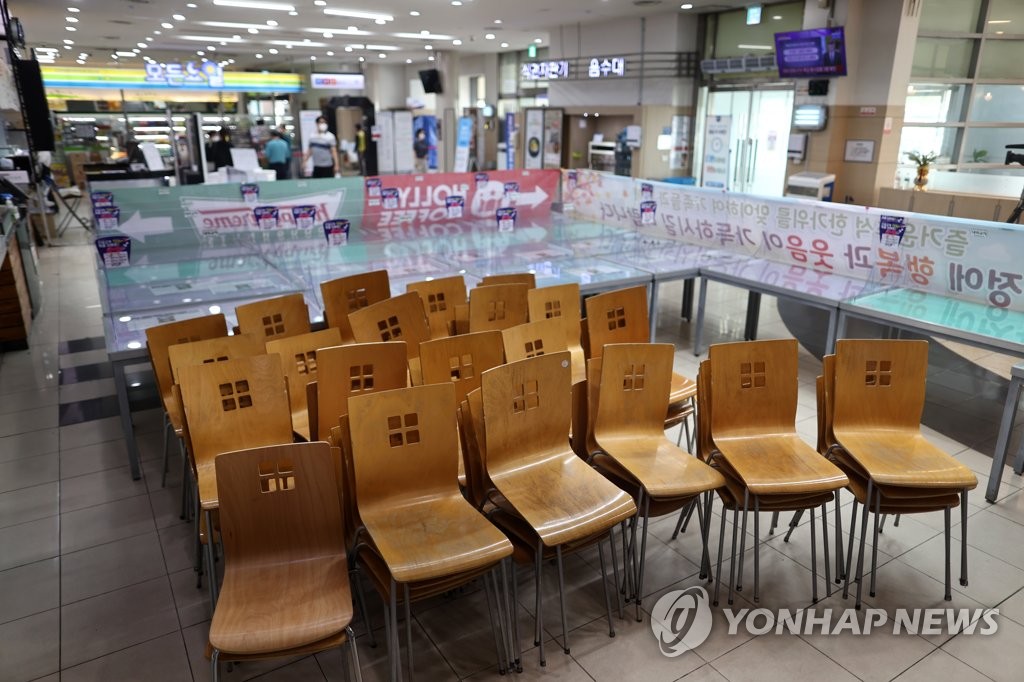 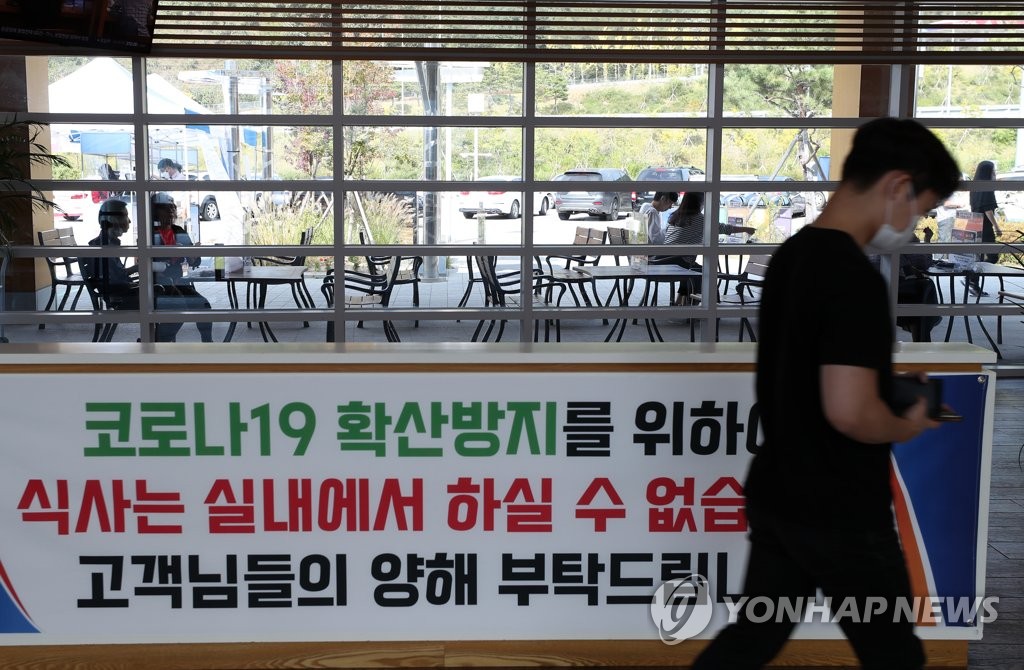 On the roads, tolls were being collected to discourage traveling and rest areas were open for takeout only.

The state-run Korea Expressway Corp. said that unlike previous years, there will be no exemption from tolls during the three-day Chuseok holiday starting Wednesday. Tolls collected during this period will go toward paying staff and purchasing goods in the antivirus fight.

The company also said it will not collect rent during the holiday period from rest area vendors whose sales are likely to fall due to restrictions on indoor seating.

To minimize crowding at rest areas, the company has installed automated check-in systems to allow visitors to call in advance instead of lining up to write entry logs.

According to the state-funded Korea Transport Institute, more than 27 million people are expected to travel between Tuesday and Sunday.

The daily average is estimated at 4.6 million people, a 28.5 percent decline from last Chuseok.