Suh Hoon, director of national security at the presidential office, arrived in the U.S. on Tuesday (local time) for his first trip to the U.S. since assuming the post in July.

He met with his White House counterpart Robert O'Brien the following day for discussions on issues of mutual concern, including recent Korean Peninsula security situations and bilateral relations, according to Cheong Wa Dae spokesman Kang Min-seok.

They reaffirmed the "firmness of the South Korea-U.S. alliance," Kang added.

Suh's four-day trip to the U.S. is meant to strengthen strategic communication between the national security councils of the allies, especially on North Korea and pending alliance issues, Kang said. 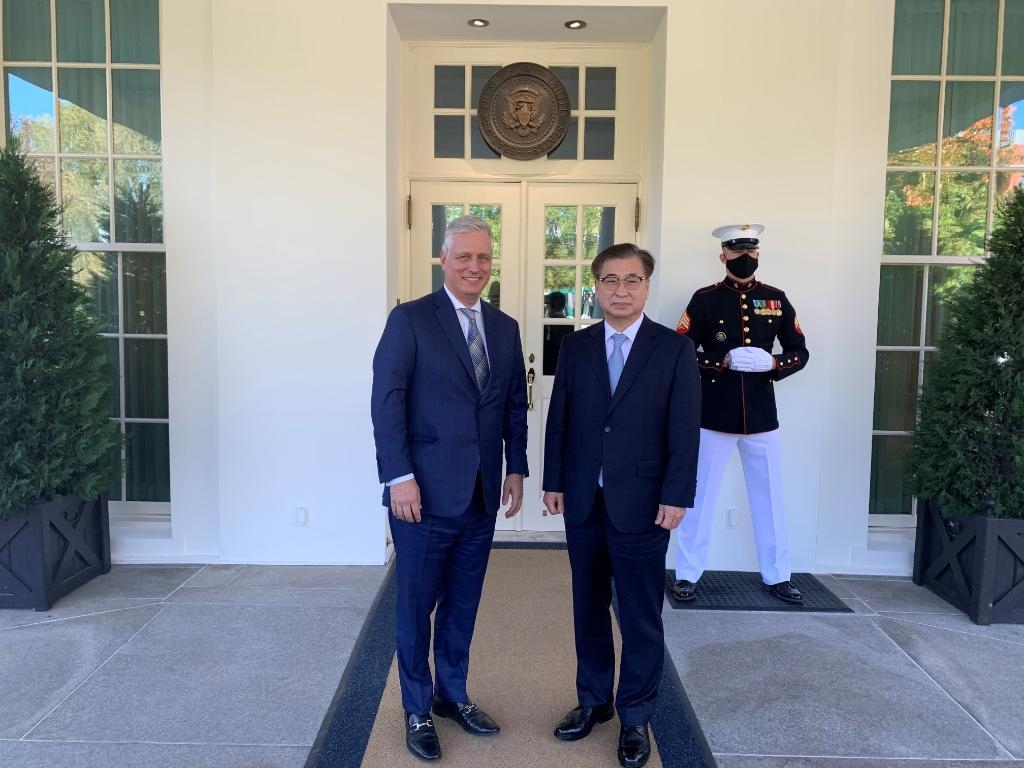 O'Brien also tweeted that it was great to see his "friend and ROK colleague" and that, "Our ironclad alliance is stronger than ever, and continues to grow to meet all regional and global challenges." ROK stands for Republic of Korea, which is South Korea's official name.

Suh plans to hold a series of meetings with Secretary of State Mike Pompeo and some other government and major think tank officials as well.

While Suh and O'Brien earlier had phone talks and exchanged letters, their face-to-face consultations had been delayed due to O'Brien being infected with the coronavirus, the postponement of this year's Group of 7 summit and U.S. political schedules, Kang said.

Last weekend, North Korea showed off what appears to be a new intercontinental ballistic missile (ICBM) and an upgraded submarine-launched ballistic missile (SLBM) during a military parade in Pyongyang. In a televised speech, the North's leader Kim Jong-un expressed hope that the two Koreas will "join hands" after the novel coronavirus is defeated.

The allies have struggled to reach a deal on splitting the cost of American troops stationed in Korea, as there's no report of progress in preparations for the Washington-to-Seoul transfer of wartime operational control (OPCON) of South Korea's armed forces. 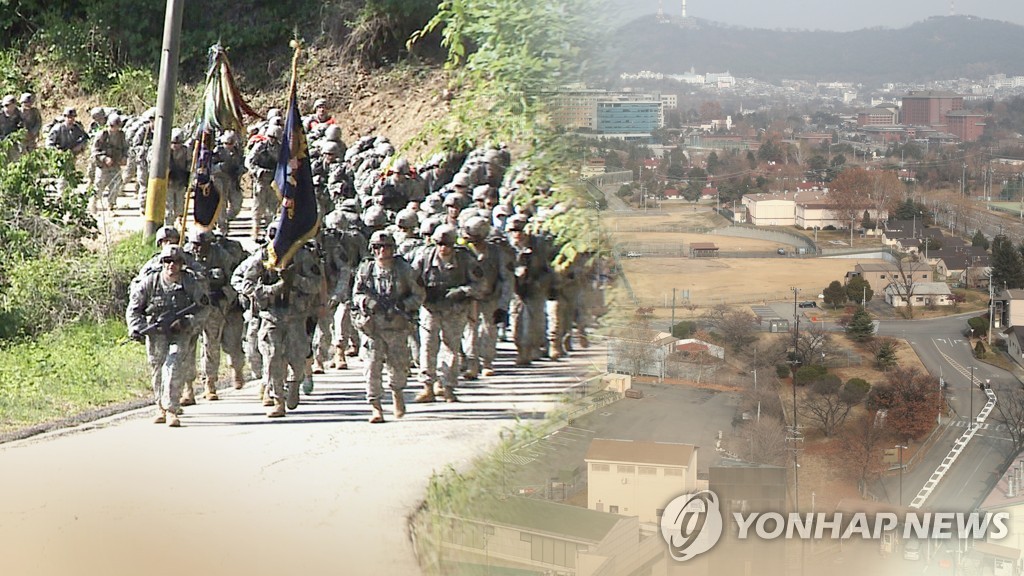 In particular, Suh's visit to the U.S. came amid a controversy here over alliance-related remarks by Seoul's ambassador to Washington, Lee Soo-hyuck.

Speaking at the National Assembly's online audit on the embassy's operations earlier this week, Lee said South Korea's choice of the U.S. as its ally 70 years ago does not mandate the same choice for another 70 years.

Pompeo's department was unusually quick in responding to the envoy's remarks, stating that, "We are extremely proud of our 70-year-old alliance and all it has done for the sake of peace and prosperity for the U.S. and ROK, and the region as a whole."

In June, Lee said publicly that South Korea "is now a country that can choose" between the U.S. and China, "not be forced to choose."

Conservatives critical of the liberal Moon administration argue that the Seoul-Washington alliance has been weakened due to its policy of leaning toward China away from the U.S.

Many point out that an intensified rift between Washington and Beijing has put Seoul in a bigger dilemma than ever.