SEOUL, Oct. 16 (Yonhap) -- Lee Su-hyun of the K-pop duo AKMU, which is known for witty lyrics with fresh takes on life, said Friday that she wanted to show her unique and natural self with her upcoming debut solo single.

The 21-year-old is set to release her first solo single "ALIEN" later in the day after years of singing with her elder brother and songwriter Lee Chan-hyuk since they first appeared on a reality audition program in 2012.

"I wanted to differentiate (the new single) from the music and feel of AKMU. That's why I tried a lot of new things -- both musically and visually," she said in a written interview with Yonhap News Agency. 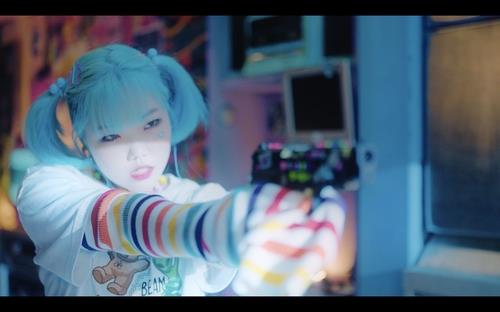 AKMU, which officially debuted in 2014, is a rare group in the Korean music scene, not only for its formation involving real-life siblings, but also for its clever songwriting and diverse music style that departs from mainstream K-pop dance and hip-hop songs.

The duo has been critically acclaimed as a musical trailblazer with its genre-breaking songs influenced by ballads, country, jazz and even tropical house. Its diverse musical themes range from love songs to more philosophical subjects of death and freedom.

"'ALIEN' is a dance pop genre, which I've always wanted to try. I dyed my hair mint, and though I've rarely put on (color) lenses, I put on different lenses for the music video shoot. The song also has dance moves throughout it, which was a big challenge for me," she said. 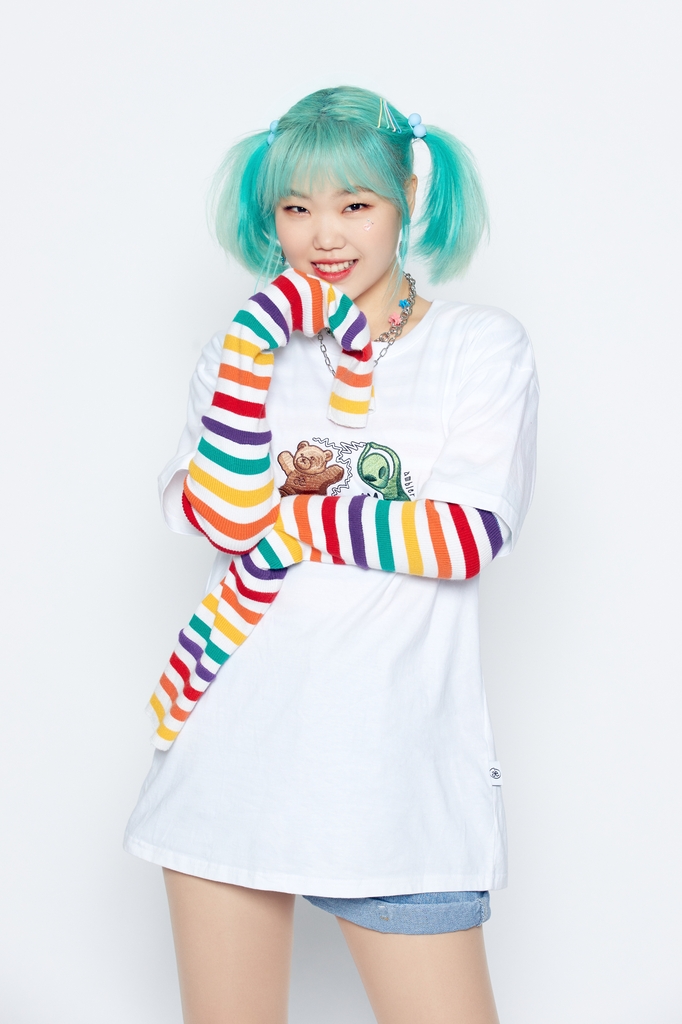 Su-hyun said the album release comes at a time when she wanted to put the changes she has gone through in a song.

"As I worked as part of AKMU, I felt that my musical preference kept changing. I wanted to box them up in something that also shows my identity," she said.

Despite the changes, the vocalist said she tried to stick to one thing for sure: having a natural style.

"I think my strength is not having a forced style. When I sing, I make sure to sing like I speak, so I can confidently say I don't go for forced vocal styles or tones," she said. "For 'ALIEN,' I did try to jazz it up a bit, but even that was within the Lee Su-hyun style."

The singer thanked her brother, Chan-hyuk, for his full support. Chan-hyuk wrote the song and the lyrics for his sister's debut single.

"My brother really knows what best fits my voice so I have huge trust in him. I asked him to write a song that is appealing yet highlights my voice, and the song came out really good," said Su-hyun, who is known for her clear and cool voice that effortlessly moves across pitches. 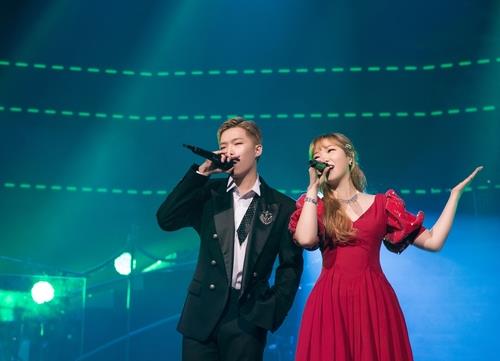 Su-hyun and AKMU are not immune to impact the new coronavirus has had on the music industry. But she said she's looking forward to meeting her global fans in person.

"I really want to meet our fans after things get better. I'm brainstorming with my agency to find ways to get together with fans before that day."