SEOUL, Oct. 16 (Yonhap) -- At least 11 cases of possible remdesivir side effects have been reported in South Korea, data showed Friday, amid global controversy surrounding the antiviral drug being used for novel coronavirus treatment.

As of end-September, a total of 11 cases of possible remdesivir adverse effects has been reported after the drug was used to treat COVID-19 patients in South Korea, according to data of Seoul's drug safety ministry released by Rep. Jung Choun-sook of the ruling Democratic Party.

By type of side effects, there were three cases of acute increase in liver enzymes, three of skin rash, two of hives and two case of premature contraction of the ventricles in the heart. One case reported vomiting, the data showed.

The medication developed by U.S. pharmaceutical giant Gilead Sciences Inc. has been supplied to South Korea for COVID-19 patients since July after the country's Ministry of Food and Drug Safety approved its special import. 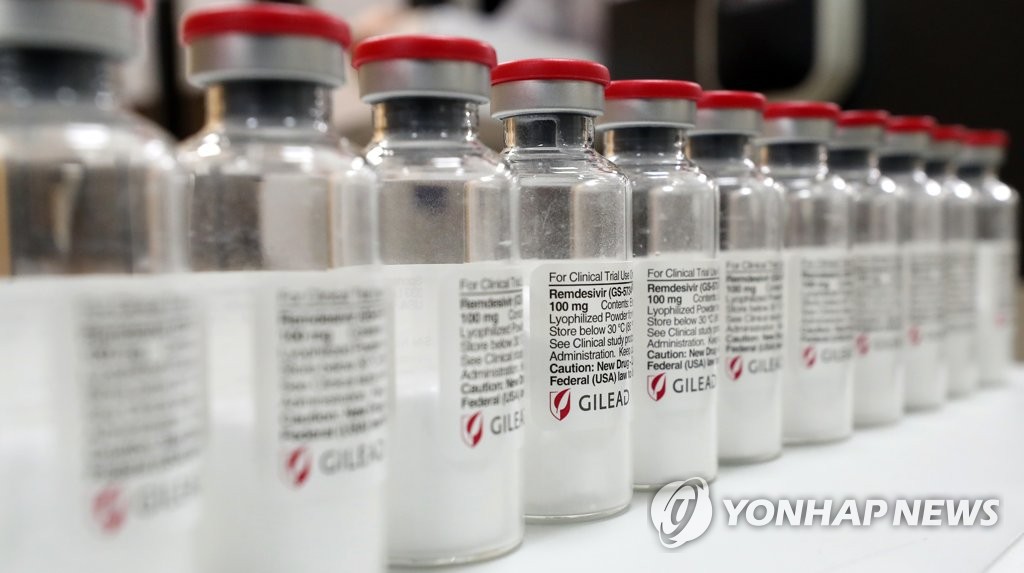 Health authorities in South Korea said 600 virus patients at 62 hospitals have been administered with remdesivir as of Tuesday.

The drug safety ministry said there has not been a major side effect case reported in South Korea, and yet it cannot determine whether adverse effects are directly caused by remdesivir, which is conventionally used for Ebola treatment.

The latest data came as a World Health Organization (WHO) study showed remdesivir had little or no effect on COVID-19 patients' mortality rates or on reducing the length of their hospital stays.

According to WHO's "Solidarity" trial, four potential drug regimens, including remdesivir, showed disappointing results in helping with treatment of COVID-19. The other three drug regimens were hydroxychloroquine, lopinavir and interferon.

WHO said the randomized trial of the drugs involved 11,266 patients at 405 hospitals across more than 30 countries. Of them, some 2,750 people were given remdesivir.

However, WHO added that the study has not yet been peer-reviewed.