SEOUL, Oct. 16 (Yonhap) -- Doosan Bears' manager Kim Tae-hyoung has been to every Korean Series since taking the helm in 2015. His Korea Baseball Organization (KBO) club has won three championships in that span, and finished either in first or second place in those five regular seasons.

No other KBO manager has been as battled tested as Kim, which is likely why he sounds casually detached when discussing the intense pennant race in the current season. 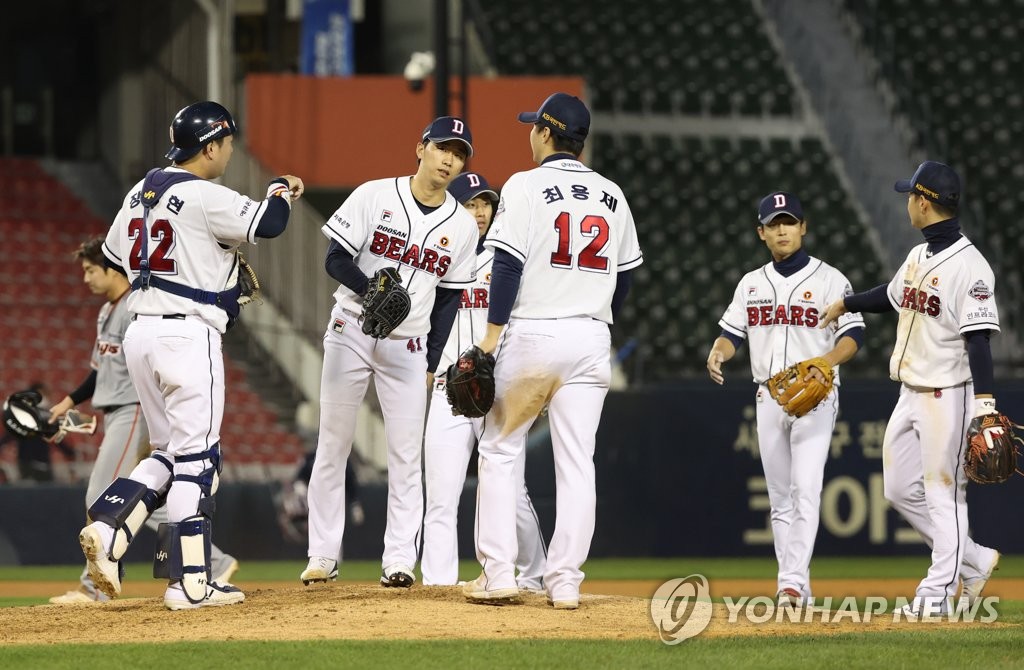 The Bears entered Friday's game against the Kiwoom Heroes in third place, half a game behind the LG Twins for second place and 5.5 out of first place, held down by the NC Dinos.

In an illustration of how tight things have been, the Bears started this week in fifth place and climbed two spots in three days. The Wiz fell two spots in the same span.

"Teams in third, fourth and fifth are pretty much in the same spot," Kim said with a smile during his pregame media availability at Gocheok Sky Dome in Seoul. "Lose one day, we're down to fifth. Win, and then we're up to third. These changes don't really mean much at this point. I think we'll have to wait until the very end to see how it all plays out."

After Friday's game, the Bears will have nine games remaining, and the regular season concludes on Oct. 30. They should have enough games left to control their own destiny. 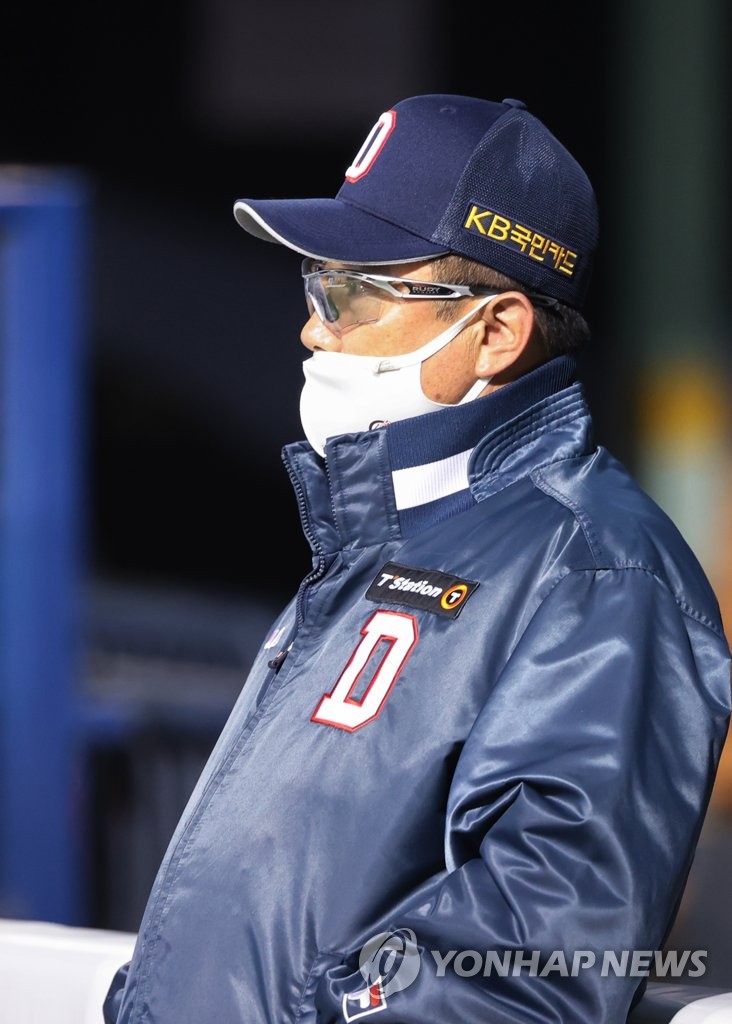 The Heroes, on the other hand, will have just four games to go following Friday. All four will be against the Bears.

After the three-game series that concludes Sunday, the two clubs will meet on Oct. 23 and then on Oct. 30. With so much time in between those two, the Heroes' interim manager Kim Chang-hyun said earlier Friday he may use his top two starting pitchers, Eric Jokisch and Jake Brigham, in both games. In such a scenario, one would start and the other would immediately follow, and then do so again on six days' rest.

When told of this strategy, Kim Tae-hyoung smiled and said, "Let them do whatever they want."