SEOUL, Oct. 17 (Yonhap) -- Choi Ji-man of the Tampa Bay Rays struck out in his only plate appearance as his club suffered its third straight loss in the American League Champions Series (ALCS).

With the South Korean first baseman benched, the Rays fell to the Houston Astros 7-4 in Game 6 of the ALCS at Petco Park in San Diego on Friday (local time). After winning the first three games of the best-of-seven series, the Rays have dropped three in a row to be pushed into the do-or-die Game 7.

The Astros started left-hander Framber Valdez, and Choi, who bats left-handed and has struggled against same-handed pitchers, began the game on the bench. Choi also didn't play Game 1 with Valdez on the mound at the start. Yandy Diaz, the right-handed hitting infielder, batted cleanup and played first base in Choi's stead. 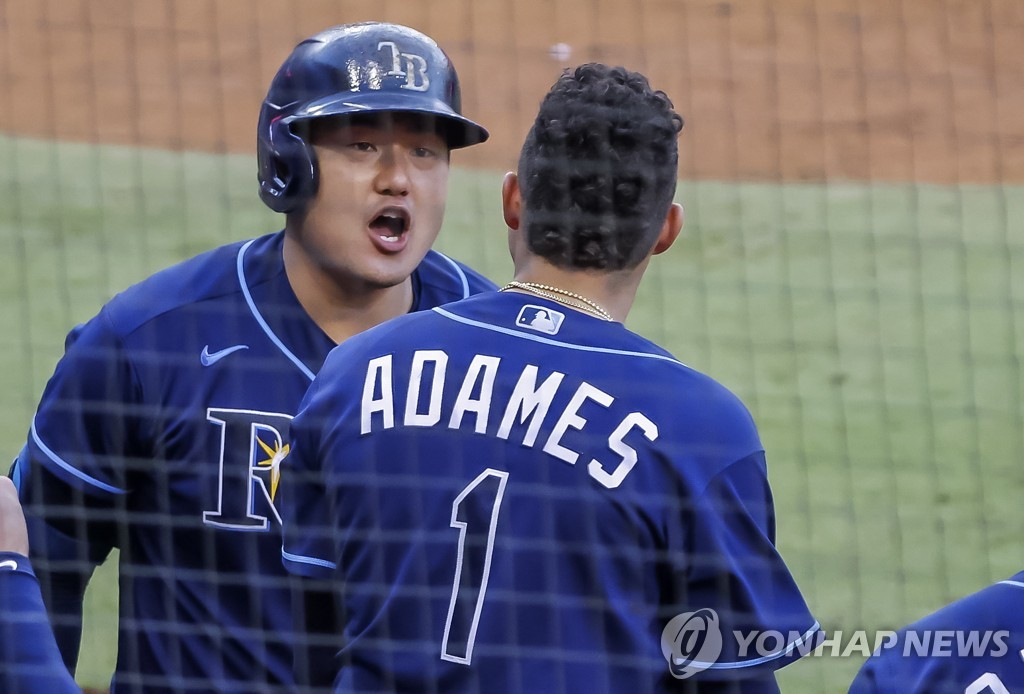 Diaz went 0-for-2 with a walk, and Choi pinch-hit for him with one out in the bottom eighth and the Rays down 7-2. Facing reliever Cristian Javier, Choi struck out looking on an outside fastball.

Choi stayed in the game and took over first base in the top of the ninth.

Choi is batting 3-for-10 in the ALCS with a home run, an RBI, two runs scored and three walks.

The Rays opened the scoring in the bottom second, but the Astros came back with seven unanswered runs en route to evening the series.

Only one club in major league history has rallied from a 3-0 series deficit to take a postseason round: the Boston Red Sox against the New York Yankees in the 2004 ALCS. The Red Sox went on to win the World Series that year, too.

Choi is the first South Korean position player to appear in any LCS and is trying to become the first batter from the country to play in the World Series.