SEOUL, Oct. 18 (Yonhap) -- A trial will begin this week for Samsung heir Lee Jae-yong in a high-profile succession case, less than two months after he was formally charged with violation of capital market laws.

The Seoul Central District Court will hold a session on Thursday, calling both parties -- the prosecution and Lee, the vice chairman of Samsung Electronics -- to present their opinions and key arguments, a process aimed at enhancing the efficiency of an upcoming trial.

On Sept. 1, Lee was charged with unfair trading, stock manipulation, breach of trust in relation to the 2015 merger between two Samsung affiliates and alleged accounting fraud at the pharmaceutical unit Samsung Biologics. The merger and fraud were widely seen as key steps toward his succeeding his bedridden father as leader of the group. 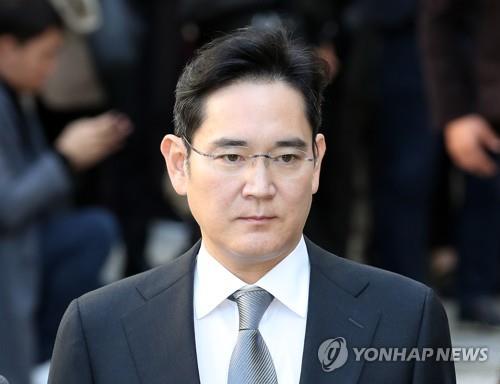 Prosecutors suspect that Lee was involved in a companywide scheme for the merger of the two units -- Cheil Industries Inc. and Samsung C&T -- and fraud in a way to take over control of the country's biggest conglomerate from his ailing father, Lee Kun-hee, who suffered a heart attack in 2014.

They, in particular, believe that the value of Cheil, of which Lee was the largest shareholder with a stake of 23.2 percent, was inflated and that of Samsung C&T was lowered intentionally prior to the merger.

Lee is also suspected of being part of the alleged plan to inflate the value of Samsung Bioepis, a joint venture between Samsung Biologics, a subsidiary of Cheil Industries, and the U.S.-based Biogen Inc.

But prosecutors said that judicial judgment was necessary in the case, given "the clear-cut facts supported by evidence, the gravity of the case and the need to resolve the public's suspicions surrounding the case."

Lee has consistently denied the allegations since the investigation started in November 2018, arguing that the merger was a "lawful management activity."

Lee is up against yet another round of tough trials after he was released from prison in February 2018 on a suspended sentence in a corruption case that led to the ouster of former President Park Geun-hye.

He was arrested and charged in February 2017 for giving bribes to then-President Park's friend Choi Soon-sil in return for the government's backing of the 2015 merger.

Given great public interest in the trial, the court will draw lots on Wednesday to choose spectators. As it is not mandatory for a defendant to be physically present, Lee is not expected to attend the session. 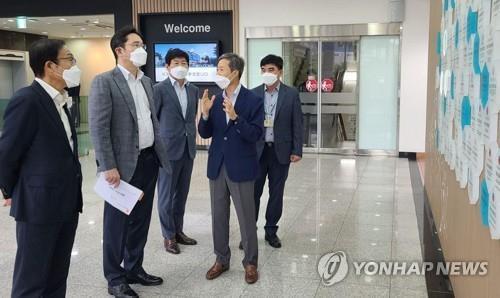