A year after spectacularly blowing a chance to win the K League 1 title, Ulsan Hyundai FC may be in for another late-season collapse.

With a chance to solidify their grip on the top spot, Ulsan instead bowed out to Pohang Steelers 4-0 on Sunday, suffering their most lopsided loss of the season at the worst possible moment. 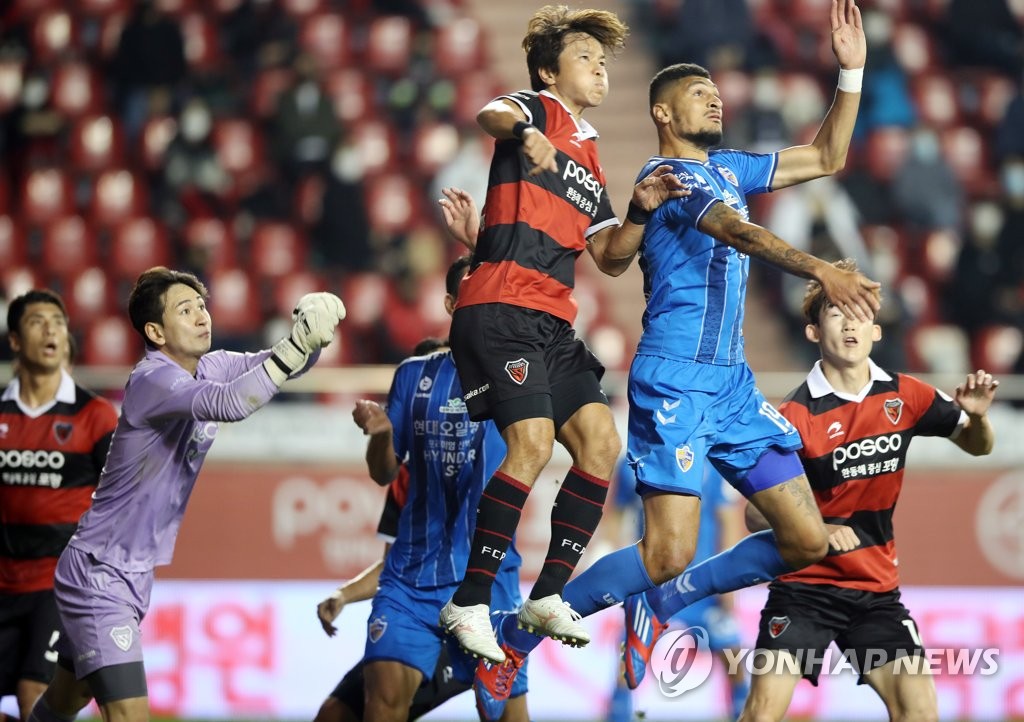 Ulsan's chief rivals, Jeonbuk Hyundai Motors, routed Gwangju FC 4-1 on the same day. Ulsan and Jeonbuk are now tied in points at 54, heading into their fateful showdown on Sunday in the penultimate match of the season. Ulsan are still in first place thanks to their 51-43 edge in goals scored, the first tiebreaker.

The eight-goal deficit may seem too much for Jeonbuk to overcome in their final two matches. But given their ability to kick into a higher gear at critical moments and Ulsan's recent history of untimely swoons, it'd be wise not to bet against Jeonbuk just yet.

Ulsan are trying to win their first title since 2005. Jeonbuk are going for an unprecedented fourth consecutive title.

Ulsan didn't just lose Sunday's match at Pohang Steel Yard in Pohang, 370 kilometers southeast of Seoul. Defender Dave Bulthuis and forward Bjorn Johnsen were both sent off with direct red cards during the defeat, and they won't be available for the season's final two matches. 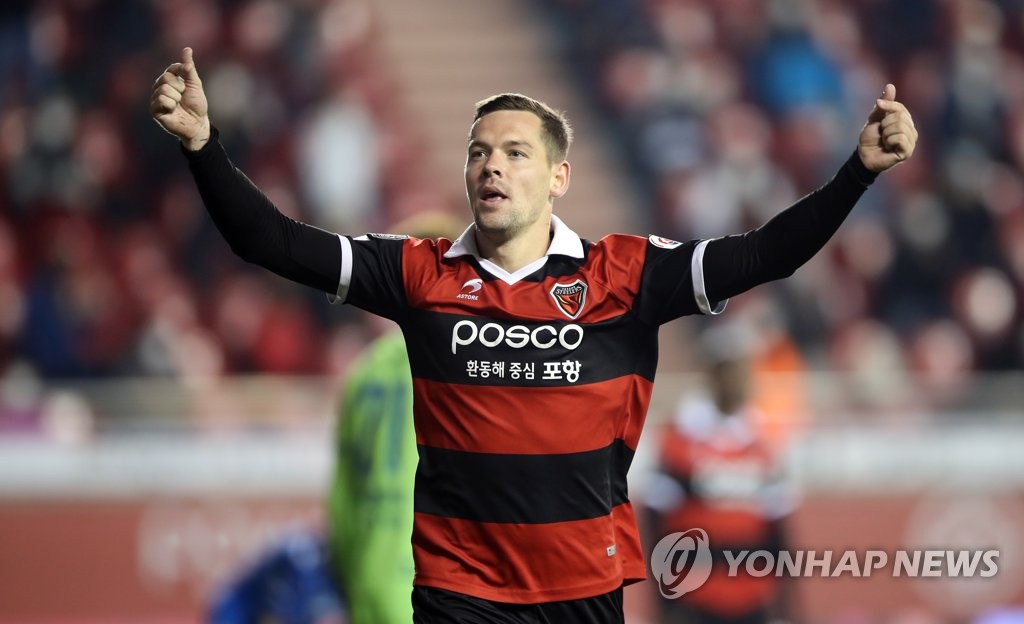 Ulsan were only down 1-0 at halftime. But a dozen minutes into the second half, Bulthuis got the red card for an illegal challenge from behind to stop Stanislav Iljutcenko on a fast break. Then about four minutes later, Johnsen was also shown the exit after getting tangled up with Pohang's Kang Sang-woo.

As both fell to the ground, Johnsen appeared to have swung his left leg toward Kang's face. The left foot missed and slammed into the pitch instead, and Johnsen's toe ended up hitting Kang in the back of the head as the foot bounced off the ground.

Johnsen pleaded his case, apparently arguing that the action wasn't intentional and was just a natural motion, but a video assistant referee review upheld the original ruling on the field. 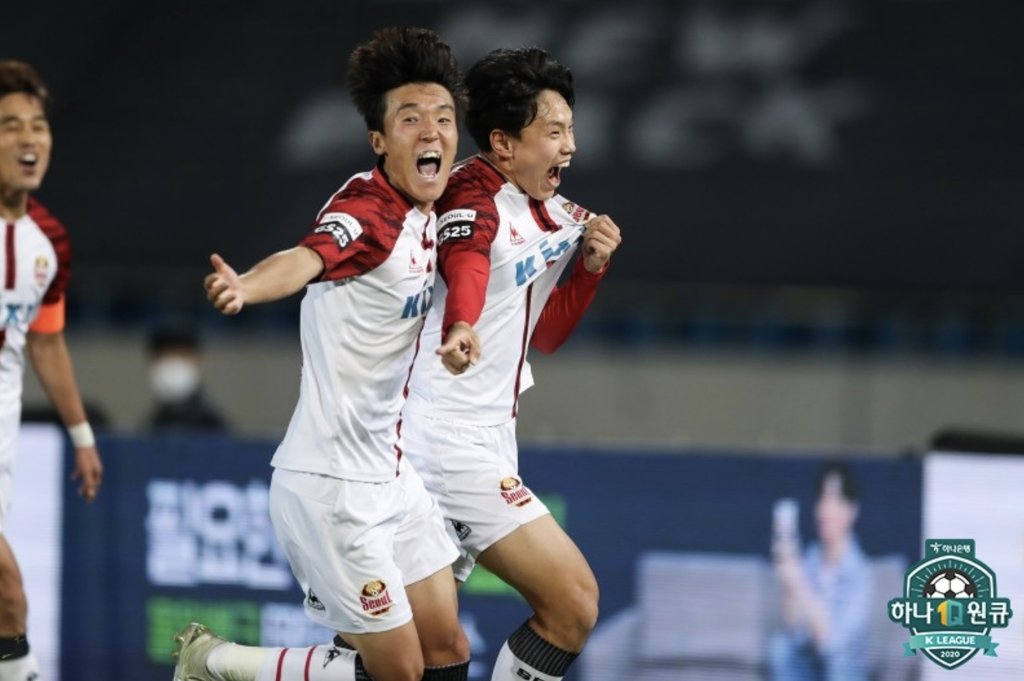 It was Pohang that ruined Ulsan's title bid last year. A draw against Pohang on the final day of the 2019 season and the title would've been Ulsan's. Instead, Ulsan lost 4-1 and allowed Jeonbuk to claim the trophy instead with their 1-0 victory over Gangwon FC.

In Jeonju, 240 kilometers south of Seoul, Jeonbuk received a goal apiece from four different players in their easy victory over Gwangju. Midfielder Han Kyo-won scored the team's fourth goal and his 11th of the season. He broke a tie with Pohang's Song Min-kyu for most goals by a South Korean player in 2020.

In the lower half of the table, the relegation picture became a bit clearer over the weekend. Three of the bottom six clubs have ensured they will avoid automatic relegation by finishing in last place. 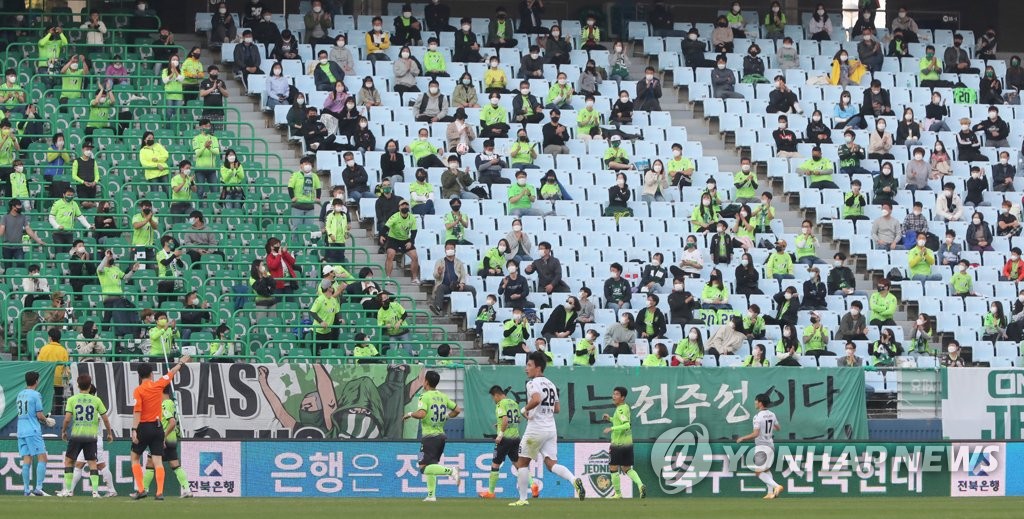 Gangwon FC did so by beating cellar-dwelling Incheon United 3-1 on Friday. FC Seoul then joined Gangwon in the safe territory by beating Seongnam FC 1-0 on Saturday. Suwon Samsung Bluewings also saved themselves the humiliation of relegation, following a 0-0 draw with Busan IPark on Sunday.

These results leave Incheon at the bottom with 21 points, with Seongnam one point ahead of them and Busan sitting four points clear of Incheon.

Seongnam will play Suwon on Friday, and Incheon and Busan will clash on Saturday. 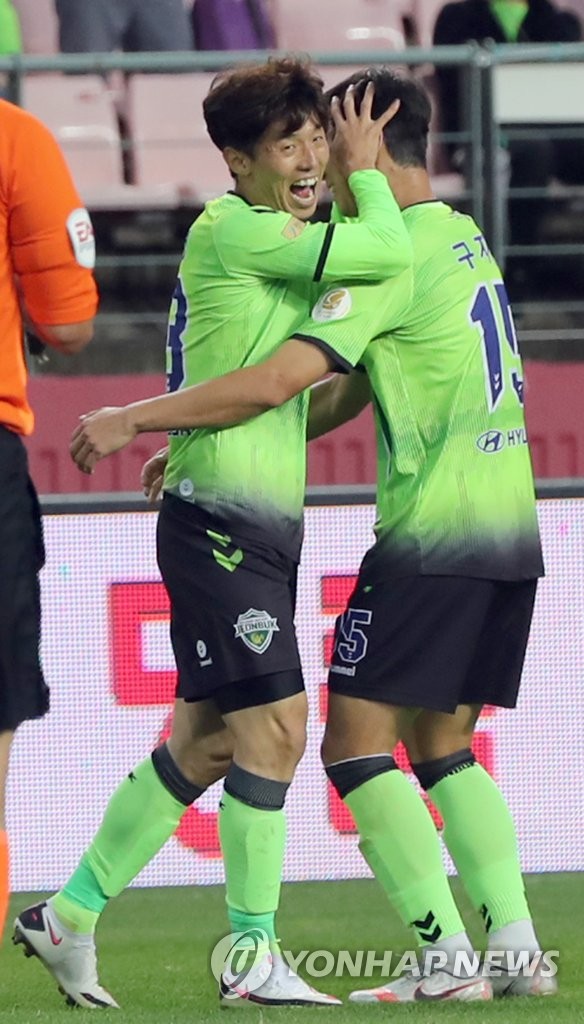