The approval rating for the DP came in at 32.2 percent in the survey conducted on 2,523 voters from Monday-Friday last week by Realmeter, down 3.4 percentage points from a week earlier.

In the latest poll, the main opposition People Power Party saw its approval rating edge up by 0.7 percentage point to 29.6 percent.

The result narrowed DP's public poll lead over the main opposition to 2.6 percentage points, which is within the range of the survey's margin of error of plus or minus 2 percentage points for each party.

Realmeter concluded that the mushrooming investment fraud scandals involving two asset management firms, Lime and Optimus, may have caused the setback to the DP.

The scandals have recently spilled over to political circles following a court testimony and a corporate record suggesting that several former and incumbent government officials and politicians including those from the ruling party were involved. 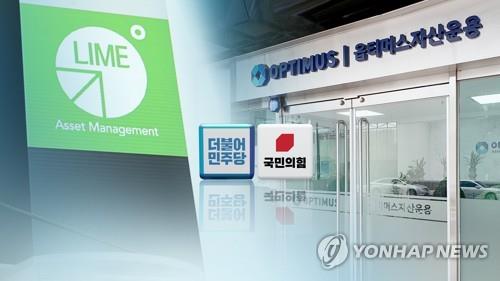 Meanwhile, the approval rating for President Moon Jae-in stood at 45.8 percent in the latest Realmeter poll, up 1 percentage point from a week earlier.

Half of those polled, however, gave a negative assessment of Moon, while the remaining 4.2 percent either withheld a response or said they were not sure. 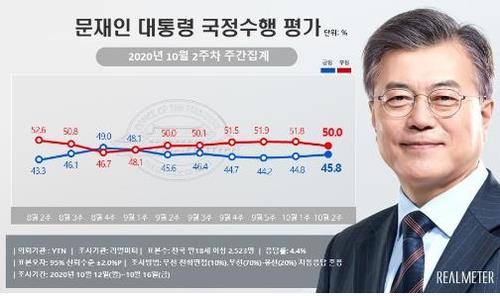