Hyundai Motor plans to voluntarily recall 77,000 Kona Electric models for a faulty battery cell component, as 14 cases of fires in the model -- 10 domestically and four overseas -- have been reported since 2018.

The Kona Electrics manufactured between Sept. 29, 2019, and March 13, 2020, are subject to the recall as a possible short circuit in the faulty battery cell system may cause a fire in the pure electric model, according to the transport ministry.

Hyundai Motor and its affiliate Kia Motors Corp. have sold a combined 270,000 electric vehicles in South Korea and overseas markets since 2011. 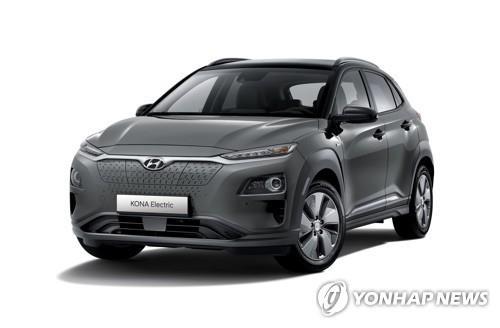 Analysts said Hyundai's increased provisions for the Kona Electric recall will weigh on the carmaker's quarterly earnings results set to be released next week.

"Hyundai appears to have put aside 370 billion won (US$324 million) in provisions for the recall plan in the third quarter, but uncertainties involving the recall costs remain high for the company," Lim Eun-young, an analyst at Samsung Securities Co., said.

The unexpected fires in the electric model and ensuing recall plan may have an impact on Hyundai Motor Group's plan to launch 23 pure electric cars by 2025.

The group aims to sell 1 million electric vehicles in 2025 as it strives to gain a share in the global EV market, with carmakers having stepped up efforts to go electric amid tightened regulations on emissions of greenhouse gases.

On Friday, Hyundai Motor began updating the battery-related software program for the EV vehicles subject to the recall and replacing the battery system.

In response to the recall plan, however, LG Chem Ltd., which supplies lithium ion car batteries to Hyundai Motor, said the exact cause of the recent fires in the Kona Electric car has yet to be determined.

LG Chem and Hyundai Motor will jointly investigate the exact cause of the fires in the Kona Electric, as the company cannot accept the ministry's announcement, the chemical firm said.

The recall issue has emerged only a few days after the group's longtime heir Chung Euisun on Wednesday officially took over the helm at the South Korean auto giant as it pushes to morph into a future mobility solutions provider.

To compete with global EV leaders, such as Audi and Mercedes-Benz, Hyundai has been looking for ways to strengthen or form business ties with local conglomerates Samsung Group, LG Group and SK Group in EVs and make joint investments in overseas startups with future mobility technologies.

In his televised briefing on Hyundai Motor Group's EV road map to President Moon Jae-in in July, the chairman said, "The year 2021 will be the first year of the group's leapfrogging to become a leader in the EV markets." 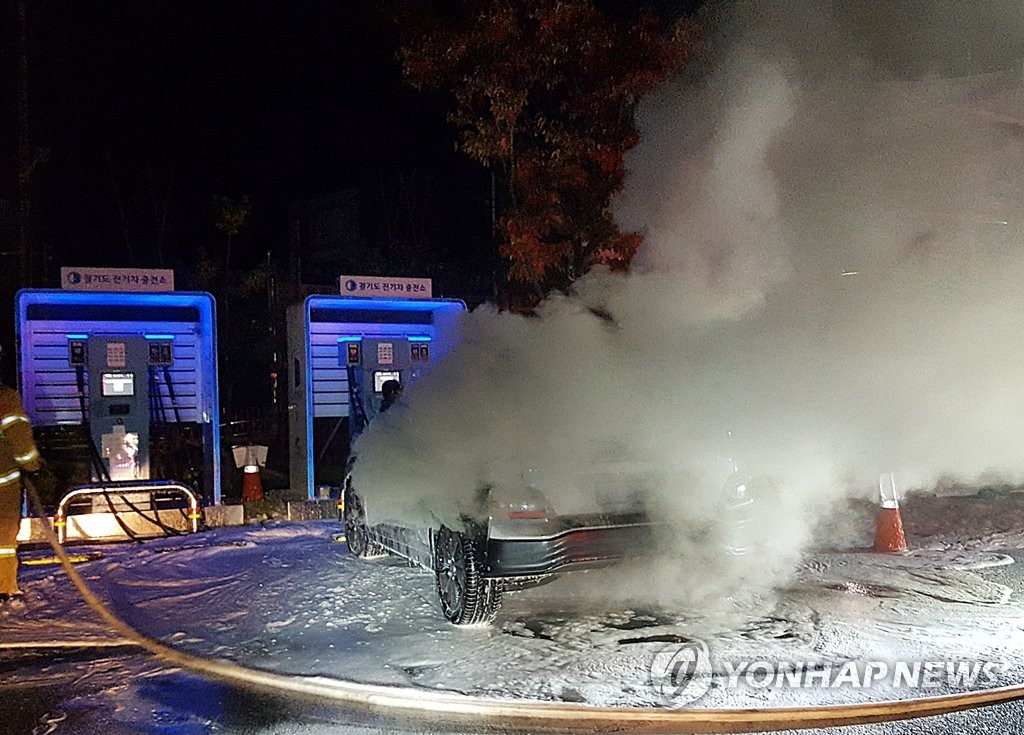