SEOUL, Oct. 20 (Yonhap) -- K-pop megastar BTS has ranked fifth on the Billboard's main singles chart with its latest hit "Dynamite" that had topped the list for three weeks, Billboard reported.

"BTS' 'Dynamite' drops 2-5 on the Hot 100, after three nonconsecutive weeks at No. 1, as it posts an eighth week atop Digital Song Sales," the U.S. music publisher said Monday (U.S. time).

The seven-member act made history with the English-lyric pop song by becoming the first South Korean band to top the Hot 100 chart, which measures all-genre streaming, radio play and album sales in the United States. The single stayed at No. 1 for three non-consecutive weeks and No. 2 for four weeks.

Despite the three-notch slip, the band topped the digital song sales chart for eight consecutive weeks with 44,000 units.

"The track reigns with 73.8 million streams (down 9 percent from a week earlier), the week's top total and 20,000 downloads sold (down 21 percent) globally in the week ending Oct. 15," the Billboard reported on the Global 200 chart win. 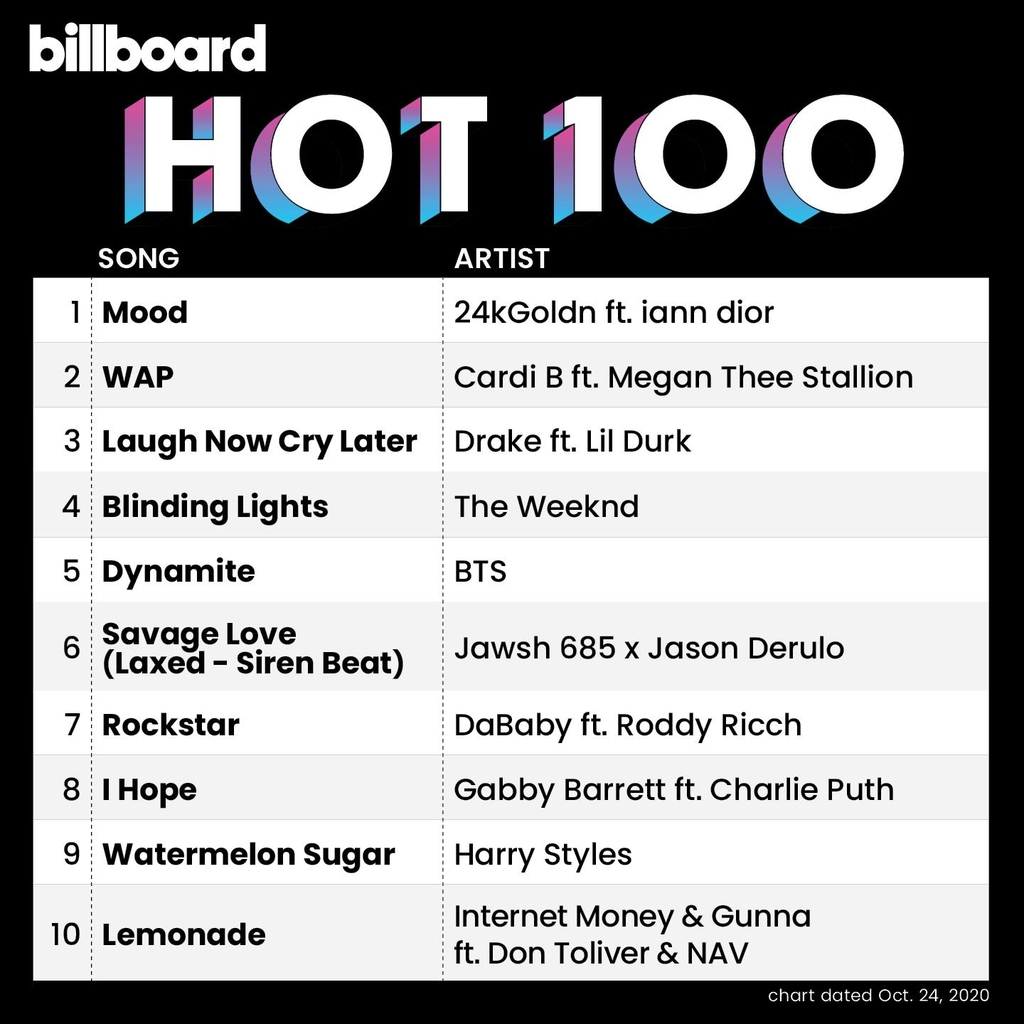 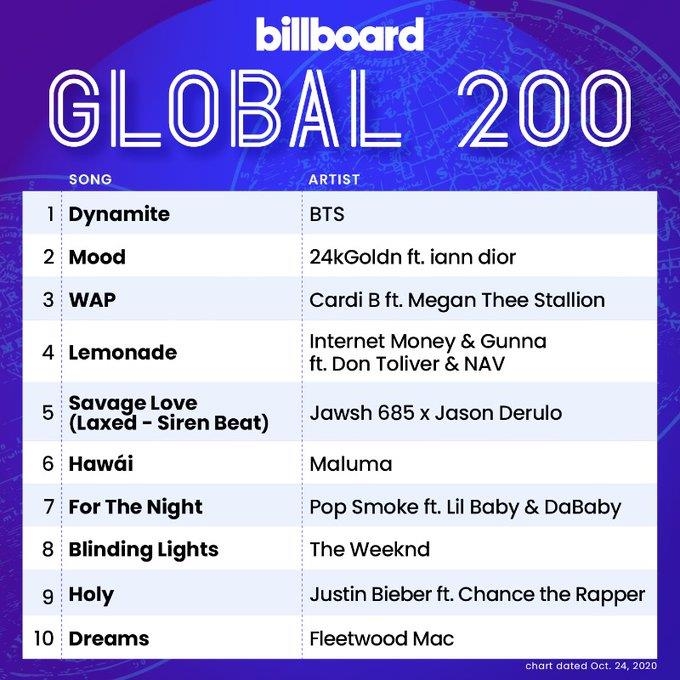