The country added 91 more COVID-19 cases, including 57 domestic infections, raising the total caseload to 25,424, according to the Korea Disease Control and Prevention Agency (KDCA).

The figure marked a sharp increase from 58 cases added on Tuesday and 76 reported Monday. 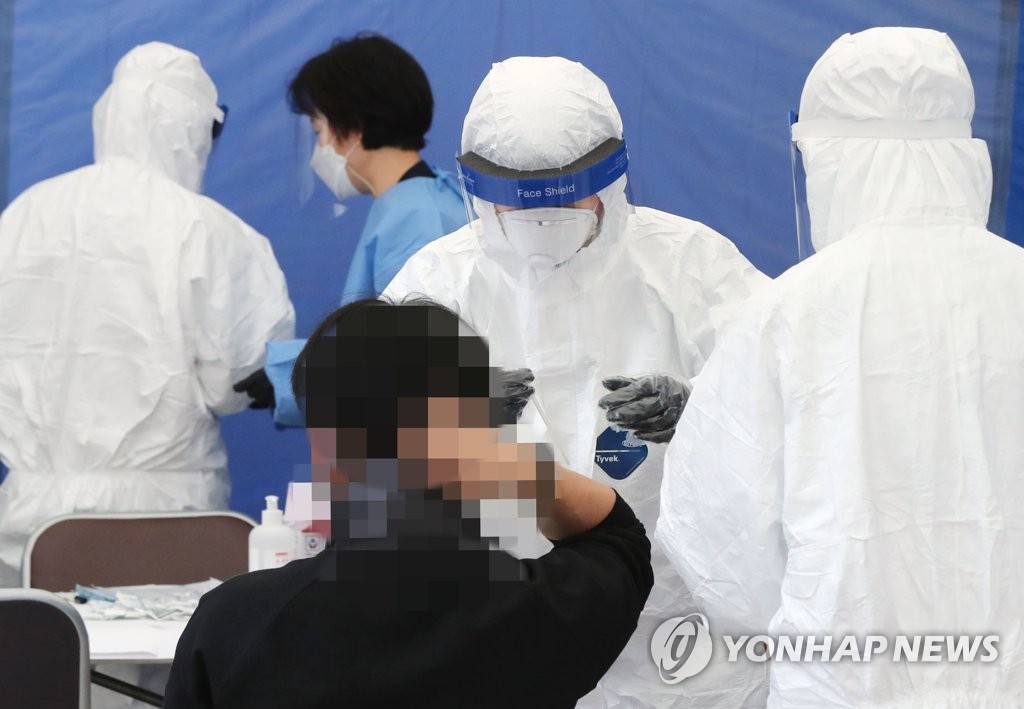 "This week, there has been no sharp increase in the number of new cases. But there are still cluster infections from risk-prone facilities, such as nursing homes and door-to-door sales businesses," Kim Gang-lip, a senior health official, said during a daily briefing.

"It is worrisome that the number of new cases from the greater Seoul area is not showing signs of a clear slowdown," he added.

Health authorities said they plan to carry out intensive on-site investigation over the next two weeks to check whether entertainment establishments strictly follow anti-virus rules. Any violations of key measures will result in fines and operation bans, they added.

The country will also inspect readiness of hospitals and nursing homes.

South Korea suffered a resurgence in the number of daily COVID-19 cases in August, mostly traced to a church in northern Seoul and an anti-government rally, reporting a whopping 441 cases on Aug. 27.

Compared to mid-August and early September, when the figures rose by triple digits, the country has relatively brought the COVID-19 pandemic under control. Health authorities consider daily increases of below 100 as manageable.

The country eased its social distancing scheme to the lowest last week, allowing people to normalize most of their daily routines with some infection prevention restrictions in place.

Under the lowest level, even risk-prone facilities, such as bars and karaoke rooms, are allowed to operate as long as they keep entry logs and follow basic sanitary measures.

Previously, the country adopted the Level 2 social distancing scheme, which banned indoor gatherings of 50 or more people, while clubs were shuttered.

Health authorities, however, also warn that the country may suffer another uptick at any time considering that sporadic cluster infections at high-risk facilities such as nursing homes are lingering nationwide.

Cases with unknown infection routes, along with rising imported cases, are hindering the country's virus fight as well. 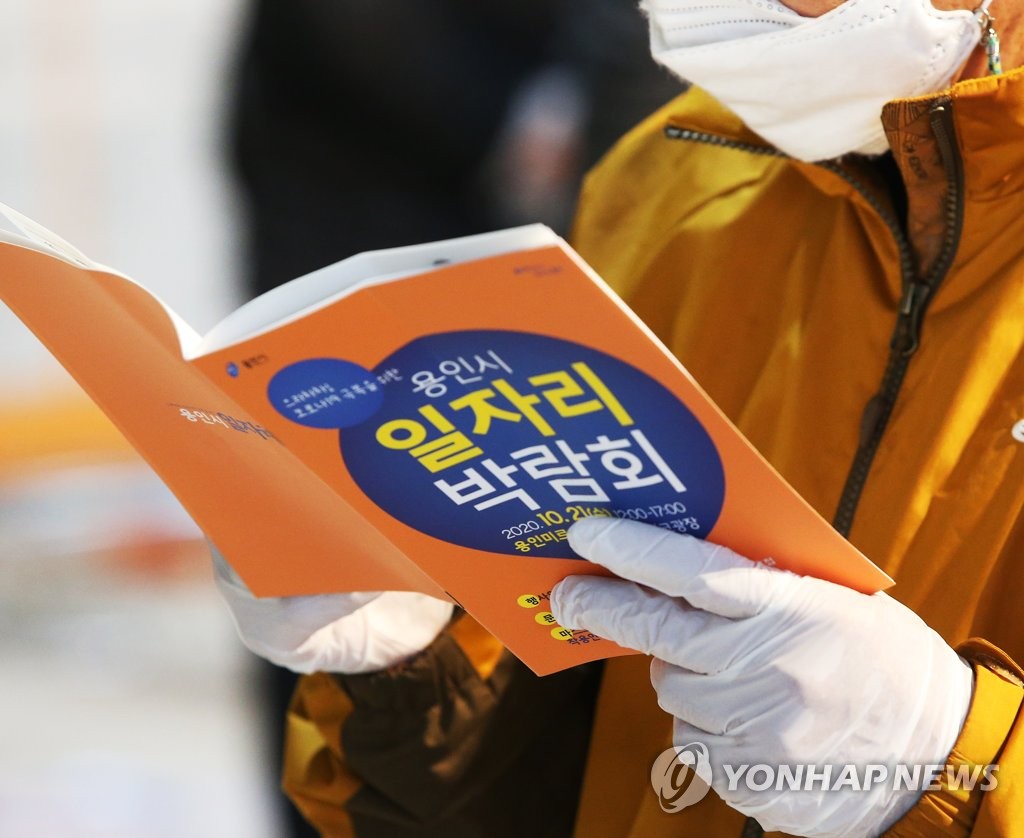 Over the past two weeks, 13.2 percent of the total cases reported here had unknown infection routes. The proportion of cluster infections reached 23.7 percent, KCDA data showed.

Of the newly identified local infections, 13 cases were reported in Seoul, 21 cases in Gyeonggi Province and six cases in the western port city of Incheon. The greater Seoul area accounts for around half of the nation's population.

Infections among a group of acquaintances in southern Seoul increased by eight as of noon Wednesday, raising the total tally to 18.

A retailer of medical instruments in southeastern Seoul reached 38, up three from the previous day.

A hospital in northern Seoul reported one more patient, raising the total related caseload to 68.

Another hospital in Gwangju, Gyeonggi Province, reached 86, rising a whopping 23 from the previous day.

A nursing home in southern port city of Busan reported seven more patients, with a total of 81 COVID-19 cases being traced to the facility.

Those in critical or serious condition came to 70, down one from the previous day.

Imported cases reached 34, the highest in nearly three months in line with a resurgence in virus cases overseas.

France took up 10 of the newly added imported cases, followed by Russia which accounted for eight patients. The United States and Myanmar added three cases each.

Patients in their 80s and above accounted for half of the deaths reported so far here.

The total number of people released from quarantine after making full recoveries stood at 23,584, up 118 from the previous day. More than 92 percent of the COVID-19 patients reported here have been cured. 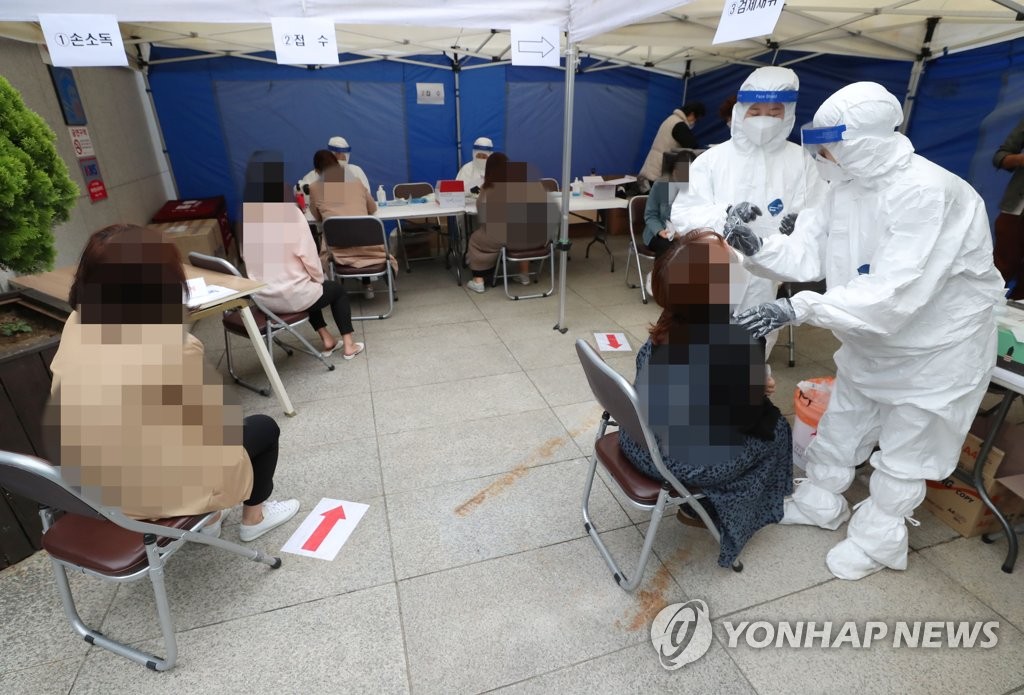