SEOUL, Oct. 22 (Yonhap) -- South Korean all-female band BLACKPINK's music video "How You Like That" has earned 600 million views on YouTube in what its agency said was reached in the shortest time for a K-pop act.

The quartet's music video of the hit song reached the milestone at around 1 a.m. on Thursday, roughly 117 days and seven hours after it was released on June 26, according to YG Entertainment.

The agency said the band set the record about two months earlier than its "Kill This Love" music video, which reached the milestone in 177 days.

"How You Like That" is one of BLACKPINK's previously released songs that was included in its first full-length album, "The Album," which was released earlier this month. 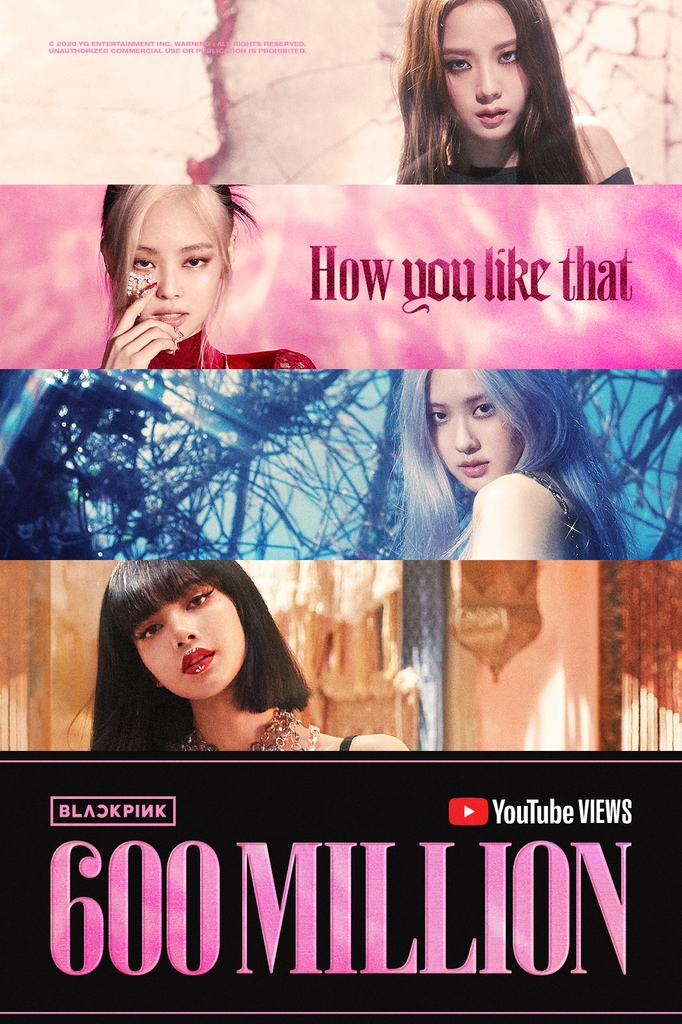