Samsung Group chief Lee Kun-hee died Sunday at age 78, more than six years after being hospitalized for a heart attack.

Shares in three Samsung affiliates held by the late group chief spiked in the morning session as investors bet that the senior Lee's death may facilitate a revamp of the governance structure at key affiliates, and his only son and group heir, Lee Jae-yong, will secure his grip on the country's largest conglomerate down the road.

Industry sources said the late Samsung Electronics chairman's scions may have to pay 10 trillion won (US$8.85 billion) in inheritance tax.

Jae-yong, the de facto chief of the group, holds a 0.7 percent stake in Samsung Electronics, 17.33 percent in Samsung C&T and more stakes in other affiliates, with the combined value of his stock holdings totaling 7.1 trillion won.

Samsung C&T serves as the de facto holding firm of the group by controlling a 4.4 percent stake in Samsung Electronics and 19.34 percent interest in Samsung Life Insurance. 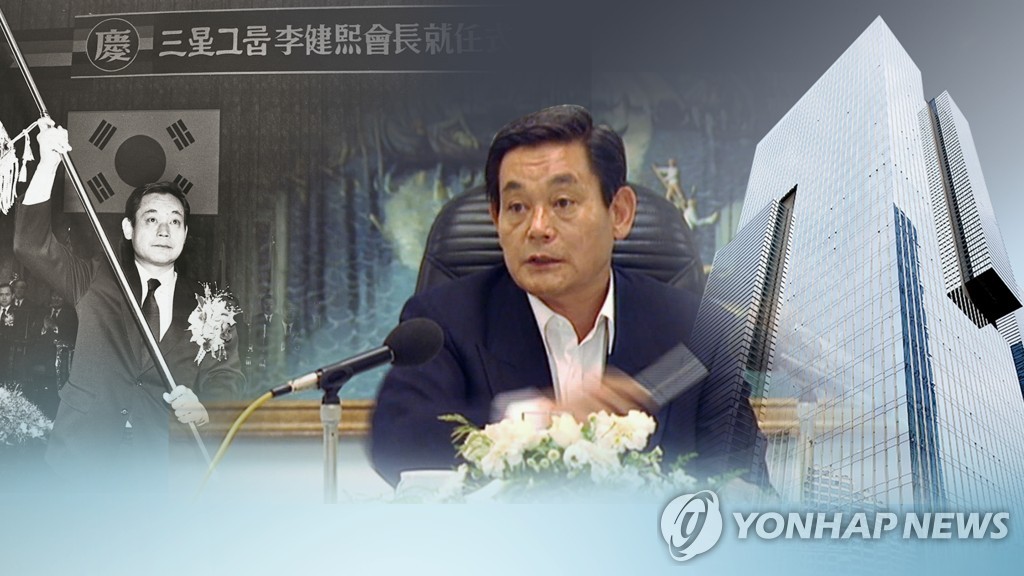