SEOUL, Oct. 26 (Yonhap) -- Dozens of conscientious objectors entered a training camp for alternative military service Monday, marking the first such case since South Korea revised the law to allow those refusing to take up arms for religious reasons to do other forms of service without punishing them.

By law, all able-bodied South Korean men must carry out military service for about two years. But the National Assembly passed a bill in December last year allowing conscientious objectors to do 36 months of alternative service at local correctional facilities.

As the first batch, 63 men gathered at a correction facility in the central city of Daejeon on Monday. After three weeks of education and training, they will be given various assignments at detention facilities in Daejeon or the southwestern city of Mokpo, such as serving and cooking meals and supporting facility management, according to the Military Manpower Administration (MMA).

The conscientious objectors do not receive weekslong basic military training, which is required not only for all enlistees but for those who serve other types of alternative service and people entitled to exemption from the mandatory service, the MMA said.

They will enjoy the same treatment as active-duty service members in terms of monthly payment and vacations, and those who go AWOL for more than eight days will have their alternative service nullified and face criminal punishment, the MMA said, adding that the justice ministry will supervise their service.

"It is meaningful that those who have refused to serve, citing religious beliefs, now carry out their due duty within the legal conscription system," MMA chief Mo Jong-hwa said, vowing efforts to balance the protection of rights of the minority and their military duty.

A second group of 42 men will go into service next month, and a committee in charge of reviewing applications so far approved the alternative service of 626 people on such grounds, according to the agency. 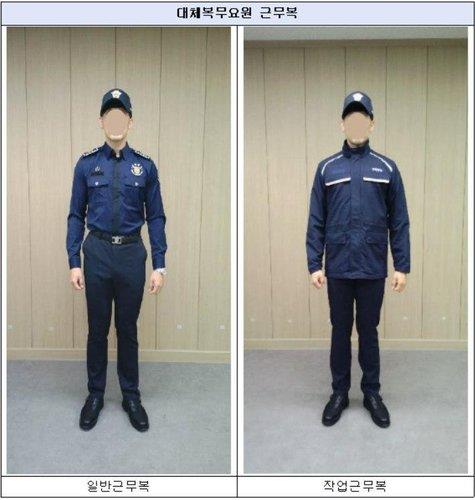