Lee died Sunday at age 78, more than six years after being hospitalized for a heart attack.

An encoffining ceremony for Lee started around 9 a.m. at the funeral hall of Samsung Medical Center in southern Seoul, with his wife and scions, including Samsung Electronics Vice Chairman Lee Jae-yong, in attendance.

The ceremony was held under a Won Buddhism format as Lee was a follower of the religion.

Samsung Group earlier announced that Lee's funeral service will be held in a modest manner with family members and it courteously decline visits from others due to the COVID-19 pandemic.

Under the country's social distancing scheme, gatherings of more than 50 people are not recommended. 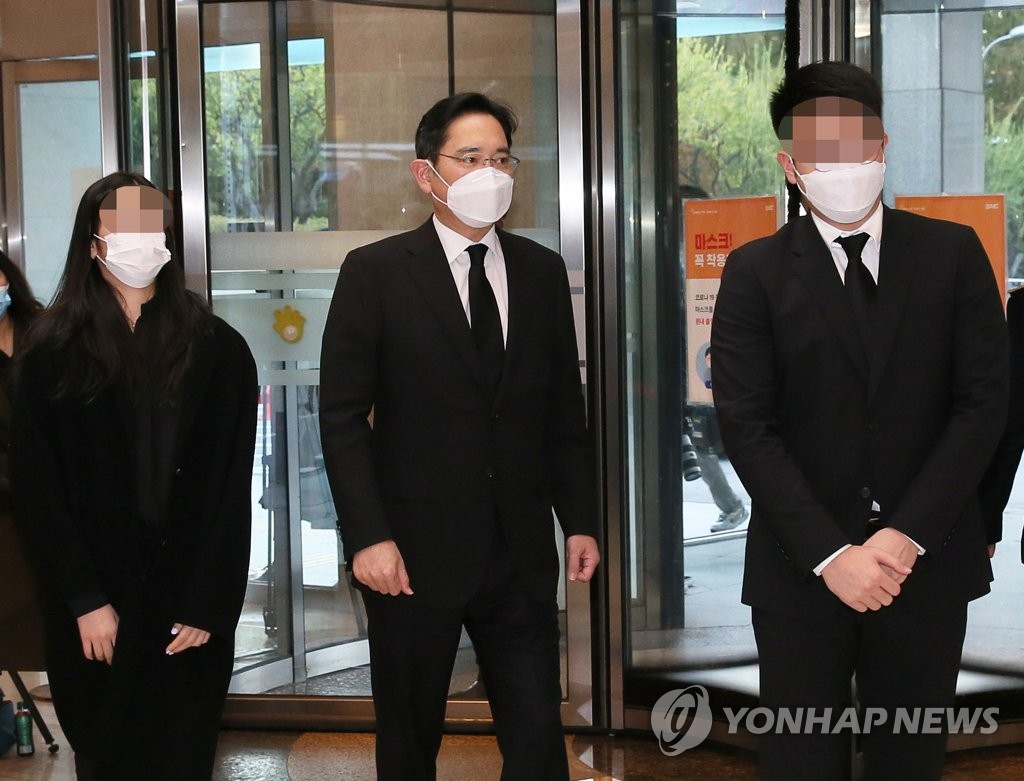 But Samsung decided to accept a small group of those offering their condolences.

CJ Group Chairman Lee Jae-hyun, a nephew of the late Samsung chief; HDC Chairman Chung Mong-gyu; and Gyeonggi Province Governor Lee Jae-myung were also among those who visited to offer their condolences.

Samsung's former and current high-ranking officials made visits earlier in the day as well. Samsung expects more visits later in the day.

Meanwhile, Samsung employees have set up an online memorial altar to mourn the death of Lee.

A funeral procession for Lee is scheduled to run through Wednesday, with his burial site reportedly to be in Yongin, south of Seoul, where graves of his ancestors are located.