The delay marks the second of its kind after the U.S. International Trade Commission (ICT) pushed back its final ruling from Oct. 5.

The decision has now been set for Dec. 10, the U.S. panel said, without providing specific reasons for the further delay.

"The Commission has determined to extend the target date for completion of the investigation from October 26, 2020, to December 10, 2020," the ICT said in a public notice posted on its website. 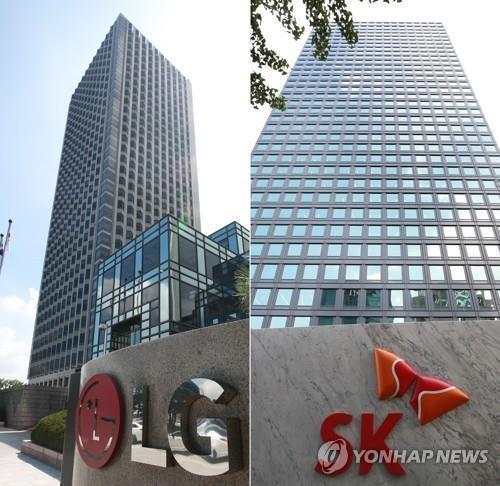 LG Chem, the world's largest supplier of EV batteries, filed a pair of lawsuits with the U.S. panel and the U.S. District Court of Delaware in April last year, claiming that SK Innovation misappropriated and used its EV battery trade secrets by hiring its former employees.

LG Chem also called for an embargo on importing EV battery-related products from SK Innovation, demanding compensation for the theft of trade secrets.

In February, the U.S. panel made a preliminary ruling in favor of LG Chem in a default judgment without additional hearings or investigations.

On Tuesday, LG Chem vowed to sternly pursue the case, though it said, "The door is open for dialogue" with SK Innovation if SK Innovation seeks to resolve the dispute with sincerity.

LG Chem said the latest delay appears to have been affected by the fallout of the coronavirus pandemic, noting that the U.S. panel has delayed its final rulings on other cases for a second time.

SK Innovation said the delay demonstrates that the U.S. panel is deeply looking into the case and expressed hope that the two companies can quickly end the dispute to remove uncertainty over it.

A final ICT ruling in favor of LG Chem could disrupt U.S. imports of EV batteries from SK Innovation, whose American clients include Ford Motor Co.

SK Innovation is currently building its first EV battery plant in the U.S. state of Georgia for completion by 2022 and recently broke ground on its second plant in Georgia.

The investments in the U.S. would raise SK Innovation's global output capacity to 71 GWh, enough to supply batteries to more than 1.4 million electric vehicles.

Currently, SK Innovation has three plants in operation: one each in South Korea, China and Hungary.

Currently, LG Chem operates an EV battery plant in Michigan and began constructing its second plant in northeast Ohio earlier in the year in a joint venture with GM.

LG Chem also has four battery plants -- two in China, one in South Korea and one in Poland.