The country added 88 more COVID-19 cases, including 72 domestic infections, raising the total caseload to 26,043, according to the Korea Disease Control and Prevention Agency (KDCA).

The latest increase marks a sharp drop from 119 reported Monday but a rise from 61 posted Sunday. 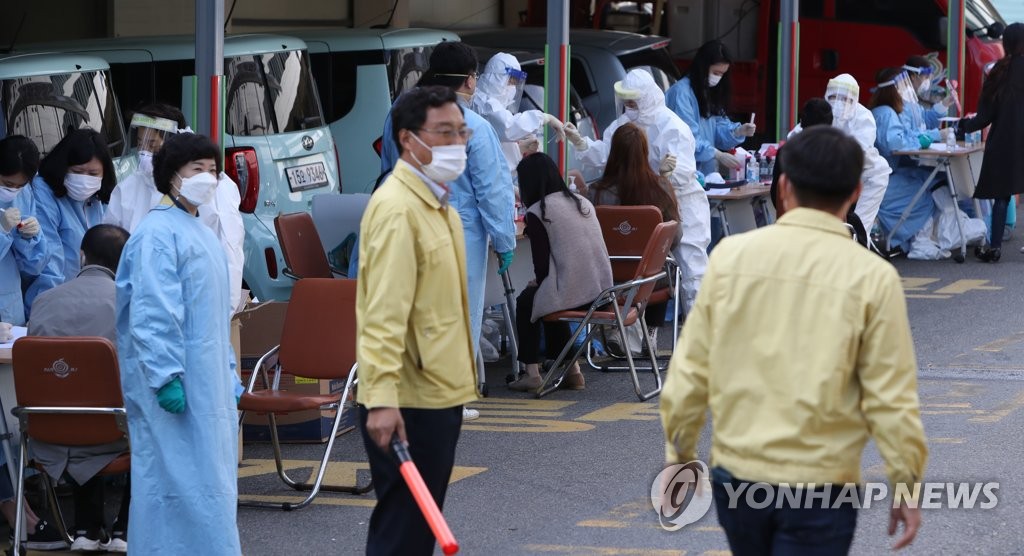 Group infections from hospitals and nursing homes were largely to blame for the latest uptick.

Heath authorities still believe the COVID-19 pandemic is at a manageable level in the country since it eased the social distancing scheme to the lowest level on Oct. 12, which allowed South Koreans to resume most of their daily activities while following basic guidelines.

Previously, indoor gatherings of 50 or more people were banned, which disrupted operations of shops and restaurants. Other riskier facilities, such as clubs and karaoke rooms, were ordered to fully shut down.

Such restrictions are now lifted with some strings attached, such as requesting the facilities keep entry logs of all visitors.

Health authorities warned that the number of COVID-19 patients may rise further in sync with the rising number of travelers enjoying autumn vacation. They are also keeping a watchful eye on clubgoers celebrating Halloween as well.

South Korea had learned its lesson in May, when it suffered major cluster infections from Seoul's nightlife district of Itaewon. Around 270 cases were traced to clubs in the area. 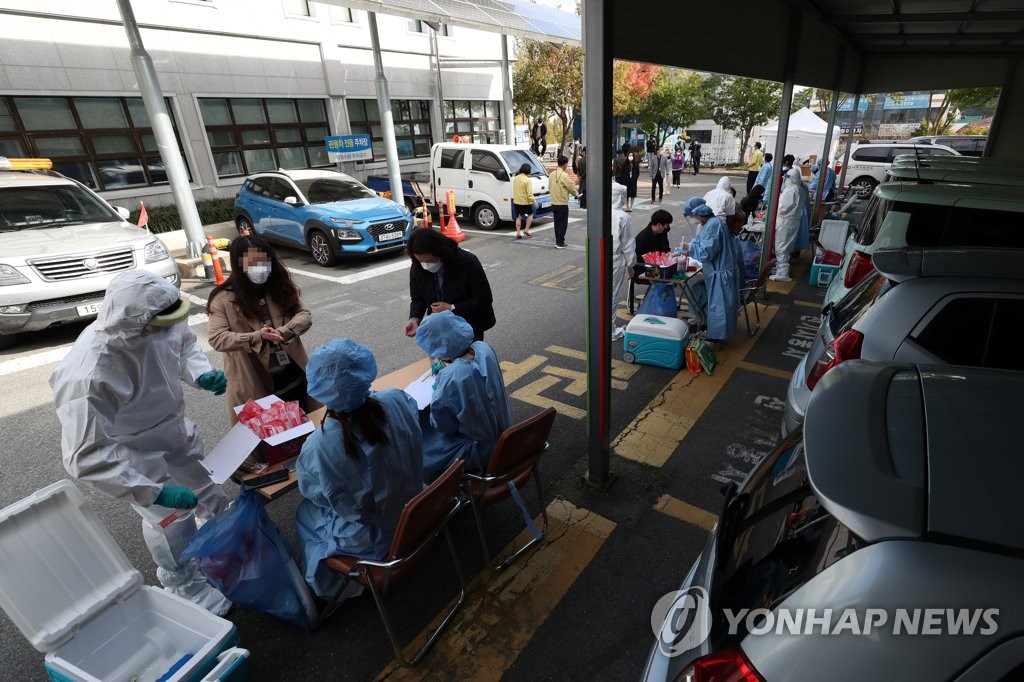 Of the newly identified local infections, 24 cases were reported in Seoul and 27 cases in Gyeonggi Province that surrounds the capital. The greater Seoul area is home to around half of the nation's 51.6 million population.

The KDCA said cases traced to a rehabilitation hospital in Gwangju, south of Seoul, reached 135 as of Monday noon.

A total of 40 COVID-19 cases have been traced to a private gathering in the Guro Ward of Seoul, up 13 from the previous day.

The United States accounted for seven patients, followed by Poland with three and India with two additional cases. There were also COVID-19 cases from Myanmar, Switzerland, France and Ukraine.

Foreign nationals accounted for 43 percent of the total of 3,679 imported infections so far.

The number of seriously or critically ill COVID-19 patients came to 52, down one from the previous day.

The total number of people released from quarantine after making full recoveries stood at 23,981, up 76 from the previous day. So far, 92 percent of the patients reported here have been cured.