SEOUL, Oct. 27 (Yonhap) -- Samsung Group on Tuesday was preparing for the send-off ceremony for its late chief Lee Kun-hee as more leaders from business and political communities mourned the death of one of South Korea's most influential tycoons.

Lee died Sunday at age 78, more than six years after being hospitalized for a heart attack.

The funeral ceremony for Lee, scheduled for Wednesday, is expected to start with eulogies featuring his decadeslong commitment to the country's top conglomerate and his achievements, though Samsung Group did not reveal the entire process of the funeral service.

The funeral procession may travel to places where he left a footprint at Samsung before arriving at a burial site, including his house in Yongsan Ward, central Seoul, Samsung Electronics' headquarters in Suwon, just south of Seoul, and the company's chip plant in Yongin, Gyeonggi Province.

The burial site for Lee is expected to be in Yongin, where the graves of his parents are located, but others said his coffin could head to Suwon, where his ancestors are buried.

Samsung earlier announced that Lee's funeral will be held in a modest manner with family members, and it courteously declined visits from others due to the COVID-19 pandemic. 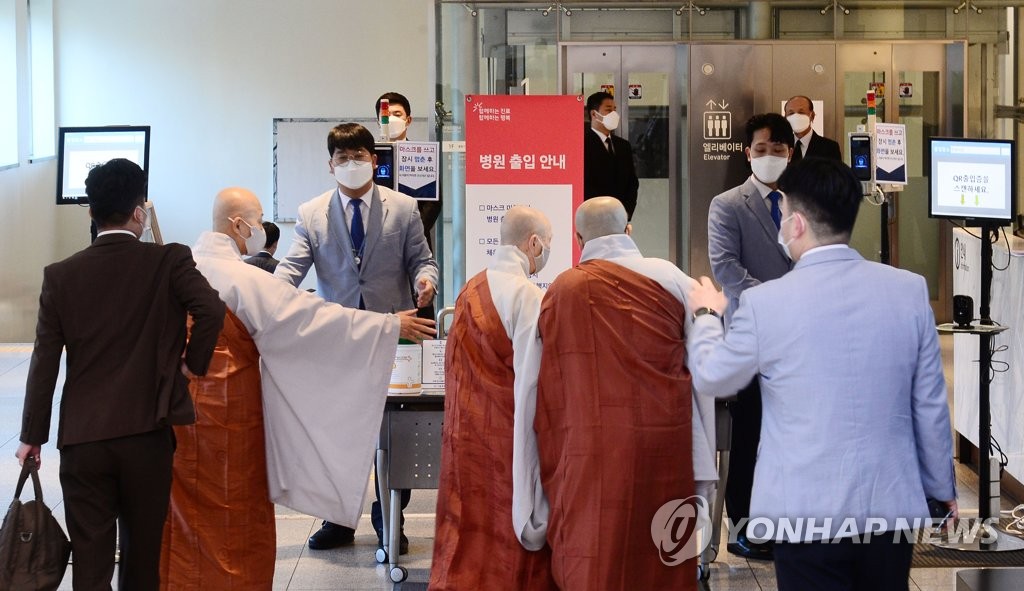 Under the country's social distancing scheme, indoor gatherings of more than 50 people are not recommended in the greater Seoul area.

Samsung has accepted a small group of mourners, with virus prevention measures, such as keeping entry logs, being enforced at a funeral hall at Samsung Medical Center in southern Seoul.

"Lee was a great businessman who enormously developed the country's tech industry," LG's Koo told reporters. "I'm very sad because it would have been better if these business greats live long and teach us more lessons."

They were joined by foreign ambassadors to the country, including German Ambassador Michael Reiffenstuel and Hungarian Ambassador Mozes Csoma. 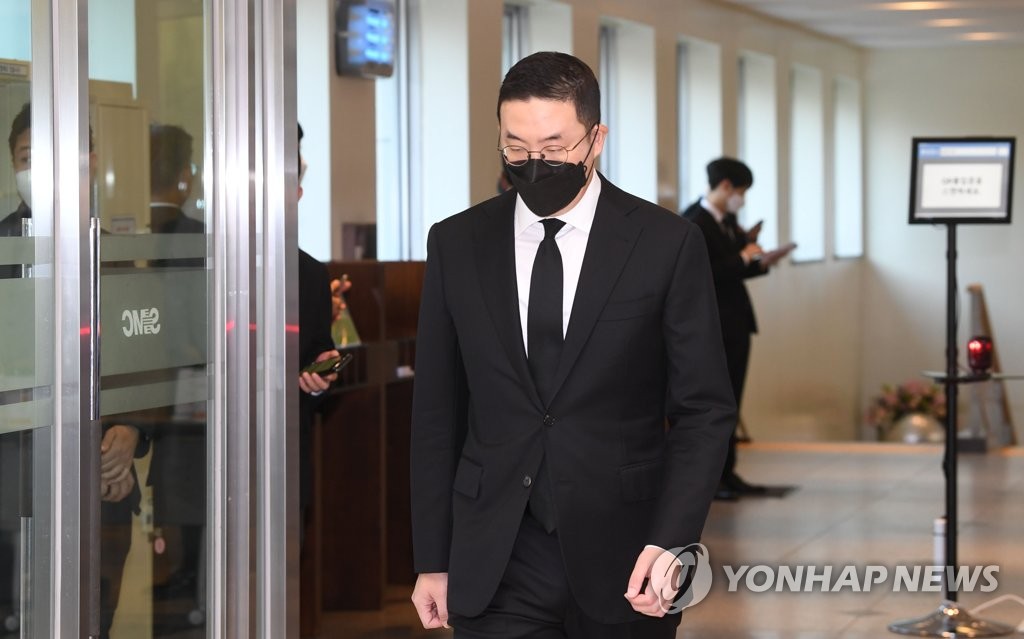 Lee Kee-heung, head of the South Korean Olympic committee, also mourned the late Samsung Group chief who served as a member of the International Olympic Committee (IOC) from 1996 to 2017.

Celebrities from the art and music industries, including pianist Cho Seong-jin, the winner of the International Chopin Piano Competition in 2015, and violin virtuoso Chung Kyung-wha, were also at the funeral hall, remembering Lee's contributions to the cultural sector.

Samsung expects more visitors later Tuesday since it is the last day for others to visit the funeral parlor before Lee's body is transported to a burial ground.

On Monday, top government officials, including Prime Minister Chung Sye-kyun and Finance Minister Hong Nam-ki, as well as political heavyweights from the ruling Democratic Party and the main opposition People Power Party, visited the funeral parlor and offered their condolences.