SEOUL, Nov. 17 (Yonhap) -- The most dangerous No. 8 hitter in South Korean baseball launched the first home run of the Korean Series on Tuesday, helping his team to an opening victory in the process.

Aaron Altherr delivered a three-run blast against the Doosan Bears in the bottom of the fourth inning in Game 1 of the Korean Series. His shot off the starter Raul Alcantara cleared the fence in left-center field at Gocheok Sky Dome in Seoul and gave the Dinos a 4-0 lead. They held on for a 5-3 victory. 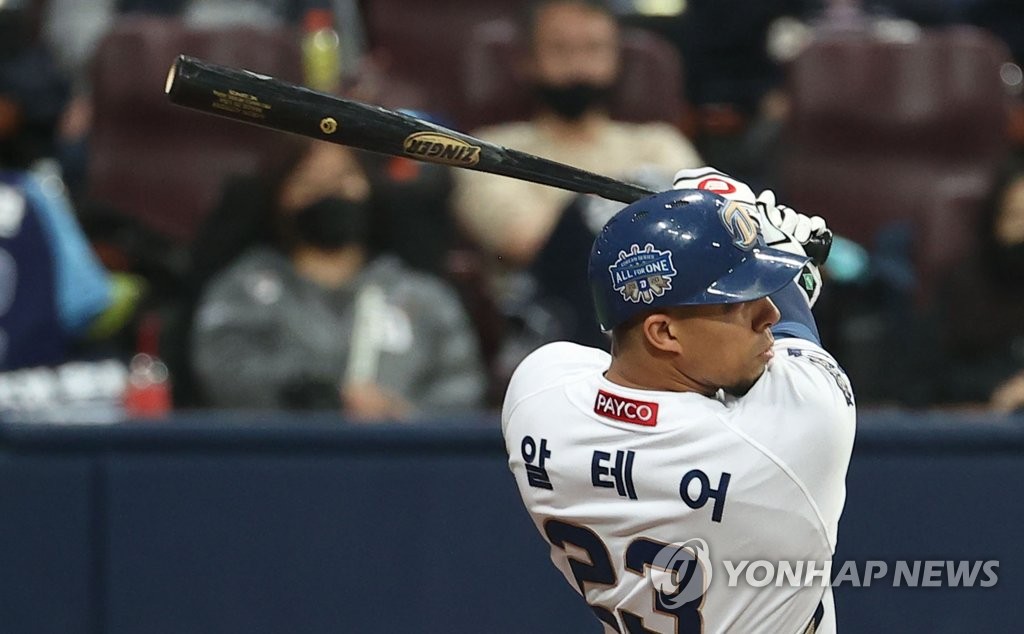 Altherr signed with the Dinos last winter, with the expectations that he, like most other foreign hitters in the Korea Baseball Organization (KBO), would bat in the middle of the lineup. Only in 2017, Altherr had 19 homers in 107 games for the Phildelphia Phillies.

Altherr started the year batting either second or cleaup, but his batting average dipped to .182 on May 15, after 13 games. Manager Lee Dong-wook made a bold move to move Altherr down to No. 8 spot -- a place usually reserved for the worst hitter on a team -- and in his first game there, Altherr went 3-for-4 with a home run and three RBIs.

He spent most of the remainder of the season either in the eighth or seventh spot. Altherr finished with 31 home runs and 108 RBIs, and he produced 17 homers and 52 RBIs as the No. 8 hitter. 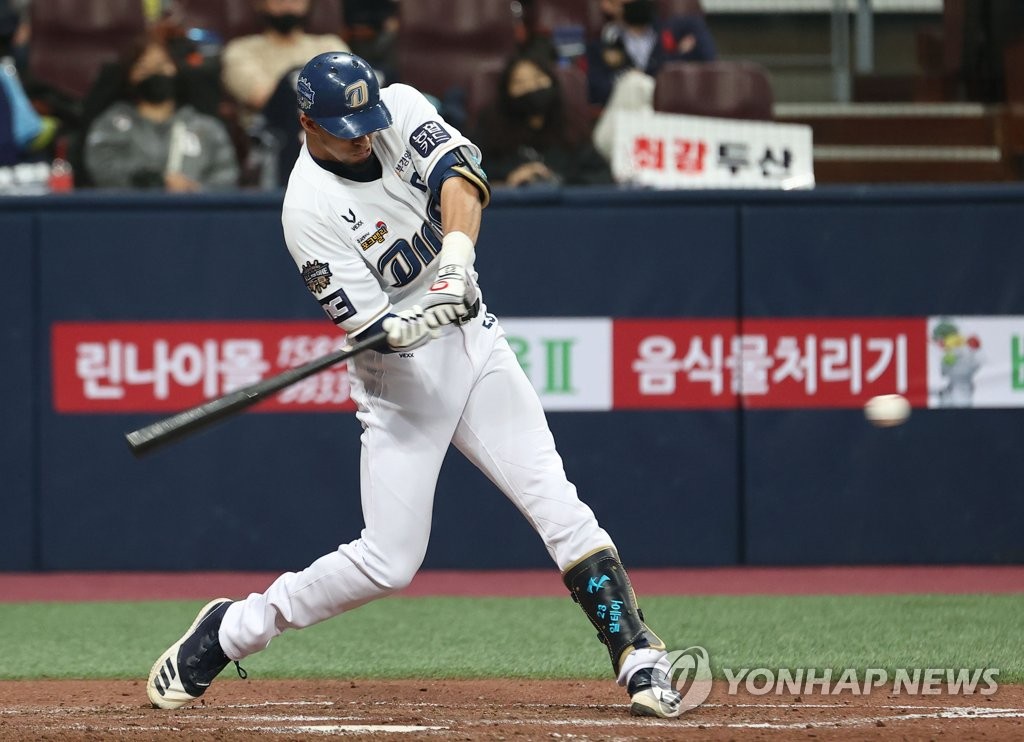 Altherr gave the bottom third of the Dinos' order an additional threat, while sluggers Na Sung-bum and Yang Eui-ji did their things from the heart of the lineup. Together, they became the first trio of teammates with at least 30 home runs and 100 RBIs in the same season.

Manager Lee stuck to the same approach for Tuesday's Game 1. Na and Yang batted third and cleaup, and Altherr batted eighth, with Lee hoping he could keep providing the spark.

After Na knocked in the game's first run with the first of his four hits, Altherr got that big bomb off Alcantara after drilling a 3-2 forkball.

The blast loomed large, as the Bears cut it to 4-3 after six innings before the Dinos got an insurance run in the bottom eighth for a two-run victory.