SEOUL, Nov. 18 (Yonhap) -- The artistic directors of the Gwangju Biennale, held in the namesake southwestern Korean city, on Wednesday released more details on the art exhibition that has been postponed to next year amid the new coronavirus pandemic.

In a press conference held in Seoul, the artistic directors for the 13th Gwangju Biennale -- Natasha Ginwala and Defne Ayas -- unveiled a list of 69 participating artists, 41 new commissions and exhibition venues for the event scheduled for Feb. 26 to May 9, 2021. Ginwala and Ayas joined virtually.

The list of new artists includes Theo Eshetu, Trajal Jarreell and Cecilia Vicuna, as well as Korean artists like Cho Hyun-taek and Min Joung-ki, according to the Gwangju Biennale Foundation, which organizes the event.

The biennial festival, slated to be held in the southwestern city that played a significant role in the country's pro-democracy movement, was initially scheduled for September. But it was postponed to next year to better cater for the delivery of artworks and schedules of artists who come from all around the world.

The upcoming biennale, themed "Minds Rising, Spirits Tuning," centers on human intelligence -- through ancient, supernatural rituals like shamanism, neuroscientific knowledge and things in between, according to the directors.

By bringing together artists whose works explore themes of gender, violence and post-colonialism, the directors said they aim to help visitors "move beyond linear and hierarchal genealogies of knowledge" that were shaped by traditional powers and "help us move towards a world that more relies on hybrid alliances."

"The world really needs healing more than ever. We're mobilizing these knowledge from Brazil to Ireland ... to Korea to connect them together," said Ayas.

The directors noted how many of the participating artists had visited South Korea for research before the pandemic or worked with Koreans on were inspired by the culture and society here. 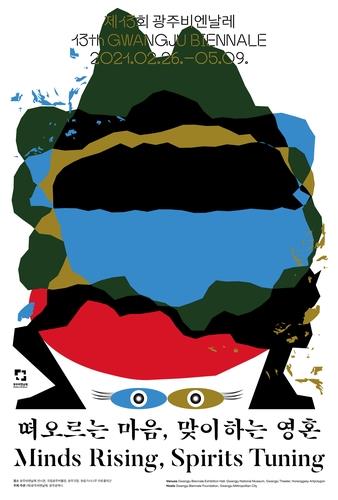 The upcoming exhibition takes places at historic venues, such as the 85-year-old Gwangju Theater, the country's oldest operating cinema. Another venue is the Yangnim mountain area, which embodies different facets of history, from resistance during Japan's colonialization of the Korean Peninsula and Christian evangelists, to name a few.

The planning of some programs were also updated to reflect the pandemic that shows no sign of slowing down. The first floor of the main exhibition hall, for instance, was designed to accommodate social distancing.

"So this is still work in progress for us ... We're still weaving it at the moment," Ayas said. 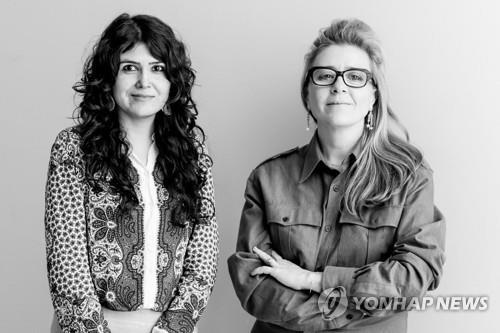