The South Korean delegation, led by Rep. Song Young-gil of the Democratic Party, said that the Biden administration's North Korea policy will not resemble that of the Obama administration, which is often described as "strategic patience."

The three-member delegation, including Rep. Kim Hang-jung, arrived here Sunday for talks with their U.S. counterparts and officials from the government and think tanks here.

They have met with U.S. Deputy Secretary of State Stephen Biegun, as well as Ruben Gallego of Arizona and Kai Kahele of Hawaii, both newly elected members of the U.S. House of Representatives. 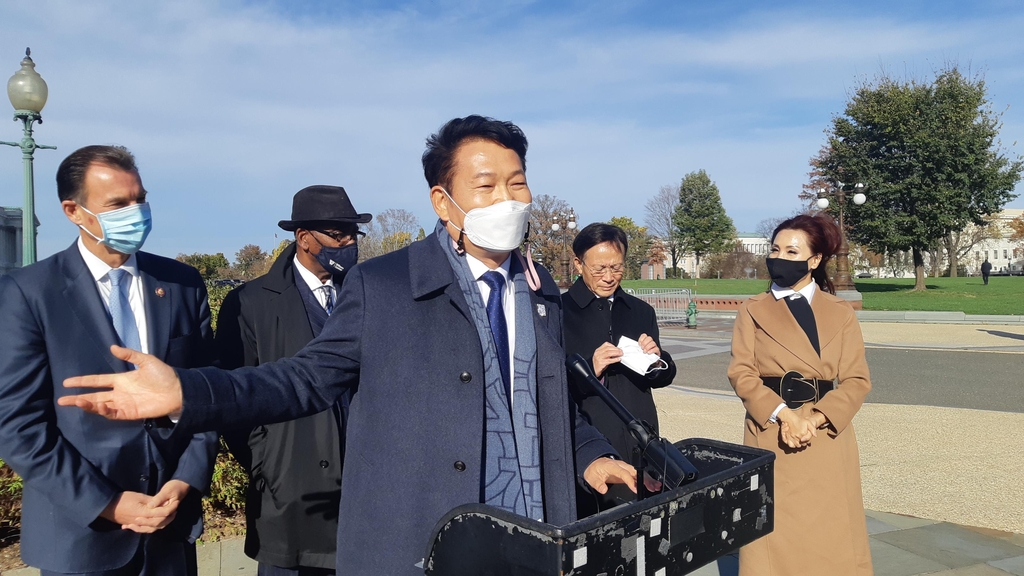 Rep. Yun said that the basis for their belief also included the fact that North Korea's nuclear capabilities have greatly advanced since Obama first came into office in 2009.

"North Korea's nuclear threats are so much greater than those from 2009. (Biden's policy) will be different from the strategic patience of 2009," Yun said.

Those close to Biden have said the new president will not simply borrow his old boss' North Korea policy.

"Joe Biden is not President Obama, and the world is different now four years later because the North Korean nuclear program has moved on," Brian McKeon, one of the key foreign policy advisers to Biden, said earlier in an interview with Yonhap News Agency.

Rep. Tom Suozzi (D-NY) also highlighted the need for the incoming U.S. administration to be "more strategic" but "less patient" while dealing with North Korea.

"I think that some people can't be patient anymore because (of) these families that we are worried about," the Democratic lawmaker said, referring to Korean families separated from their loved ones since the end of the 1950-53 Korean War.

"So we'd like to move as quickly as possible. So we need to be more strategic. Maybe a little less patient," he added, while speaking in a ceremony held earlier in the day to mark the passage of a resolution by the House of Representatives that highlighted the importance of the South Korea-U.S. alliance while calling for efforts to further strengthen it.

The ceremony, held earlier in the day, was also attended by the three visiting South Korean lawmakers.

The South Korean lawmakers said their visit here was a success in that it "reaffirmed our efforts to strengthen and revitalize the South Korea-U.S. alliance."

They are set to head home Friday.