SEOUL, Nov. 20 (Yonhap) -- Seven more service members have tested positive for the new coronavirus, the defense ministry said Friday, raising concerns over the fast spread of the virus into barracks.

One enlisted soldier stationed in the border town of Paju was confirmed to have been infected following two earlier cases this week.

"Some 500 members of the unit underwent virus tests, and we found no additional COVID-19 patients," a ministry official said.

A service member at a unit located inside the defense ministry's complex in Seoul tested positive while being in isolation following his recent vacation, according to the ministry.

A civilian worker for the military's Welfare Agency located in Seoul's Yongsan also tested positive, bringing the total number of patients linked to the agency to 15. Taking their family members and civilians into account, the number stands nearly at 30, the authorities said.

One Army officer in the western city of Incheon, a Navy officer in the southern city of Jinhae and a soldier in the border town of Yeoncheon tested positive after coming into contact with their family members who were earlier infected, according to the ministry.

Another soldier in Pocheon, north of Seoul, also tested positive, with the exact route of his infection yet to be known, it added.

"The units now control troop movements, and are carrying out necessary tests and contact tracing," the ministry said in a statement. 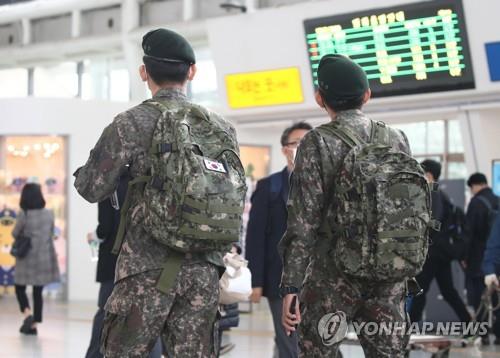 The total number of confirmed cases among the military population increased to 213. The number has been on the rise since last week, and the authorities, starting Tuesday, raised the social distancing level rules for units in Seoul and the eastern province of Gangwon that calls for minimizing events and off-installation trips.

Currently, 1,346 service members are in isolation in accordance with the health authorities' guidelines, and the military has quarantined an additional 1,959 people under stricter antivirus schemes of its own as a preventive step.

Nationwide, the country added 363 more COVID-19 cases, including 320 local infections, raising the total caseload to 30,017, according to the Korea Disease Control and Prevention Agency (KDCA). 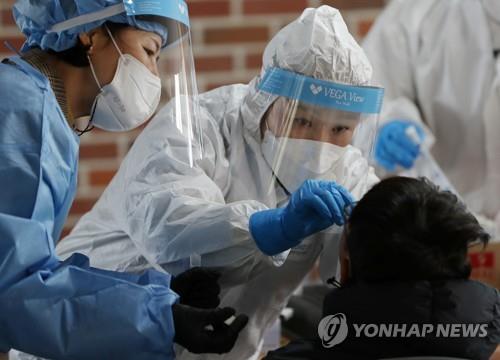