He also emphasized the importance of free trade and inclusive growth to prevent the ongoing global crisis from leading to the worsening of inequality.

"South Korea is minimizing economic shocks, while continuing exchanges (with other nations) instead of blocking the border even in the midst of the coronavirus (outbreak)," Moon said.

The president called for the strengthening of the multilateral trade system to advance the economic recovery of the region, speaking in the session joined by the leaders of 20 other Asia-Pacific nations. U.S. President Donald Trump and Chinese President Xi Jinping were among the participants. 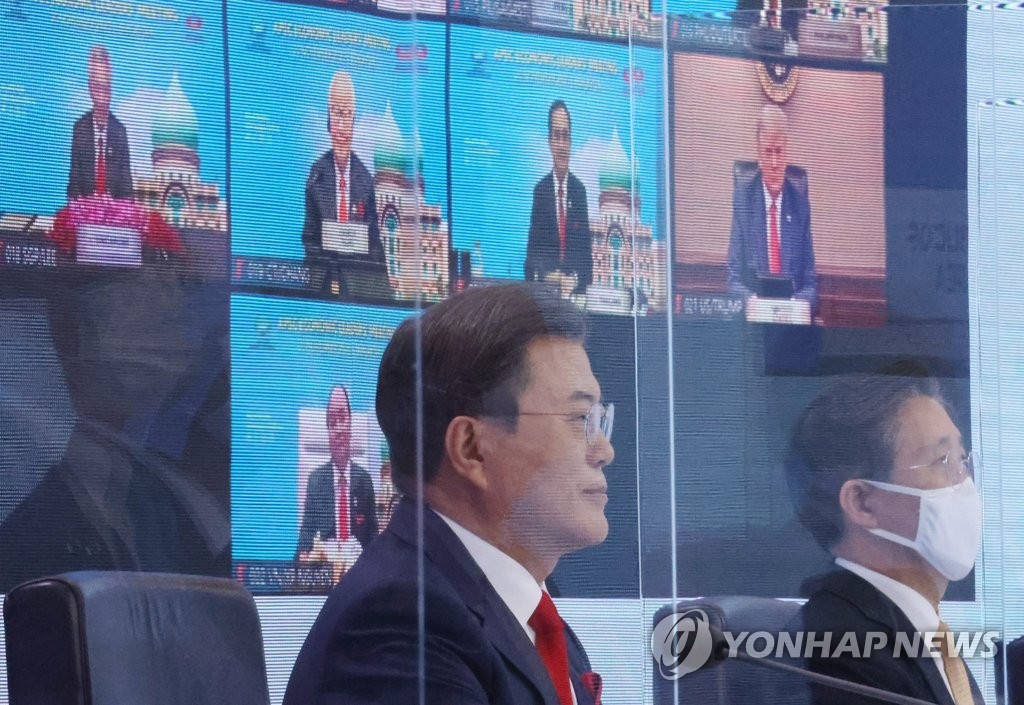 Moon proposed that the APEC members make more efforts to map out ways for "inclusive cooperation" to pull off "inclusive" economic recovery of the region without deepening inequality.

Moon then said it's necessary to explore a "balanced combination" of the digital economy and green economy. His administration has been pushing for the so-called Korean version of New Deal aimed at promoting economic development by expanding digital infrastructure and fostering environment-friendly businesses.

This year's virtual APEC summit was hosted by Malaysia. 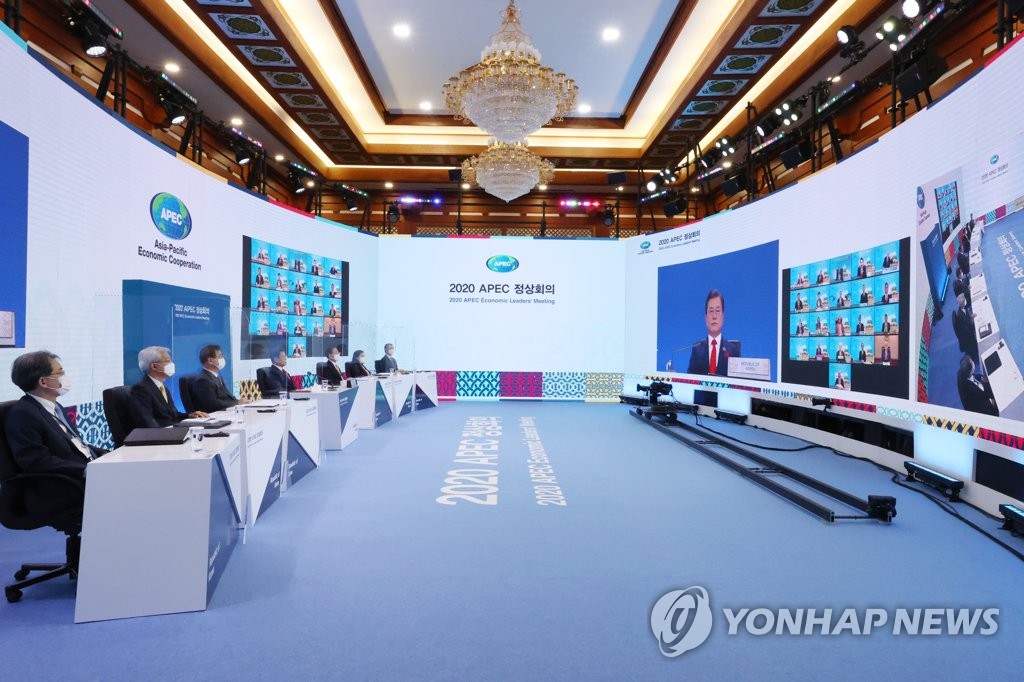