SEOUL, Nov. 21 (Yonhap) -- Cleanup Yang Eui-ji broke a scoreless deadlock with a single in the sixth and backed starter Song Myung-gi's scoreless effort, as the NC Dinos beat the Doosan Bears 3-0 on Saturday to even the Korean Series at two games apiece.

Kang Jin-sung also had an RBI single in the sixth for the Dinos at Gocheok Sky Dome in Seoul. Song, a 21-year-old righty, earned the victory in his postseason debut, and No. 1 starter Drew Rucinski recorded the final eight outs in relief to lock down the save. 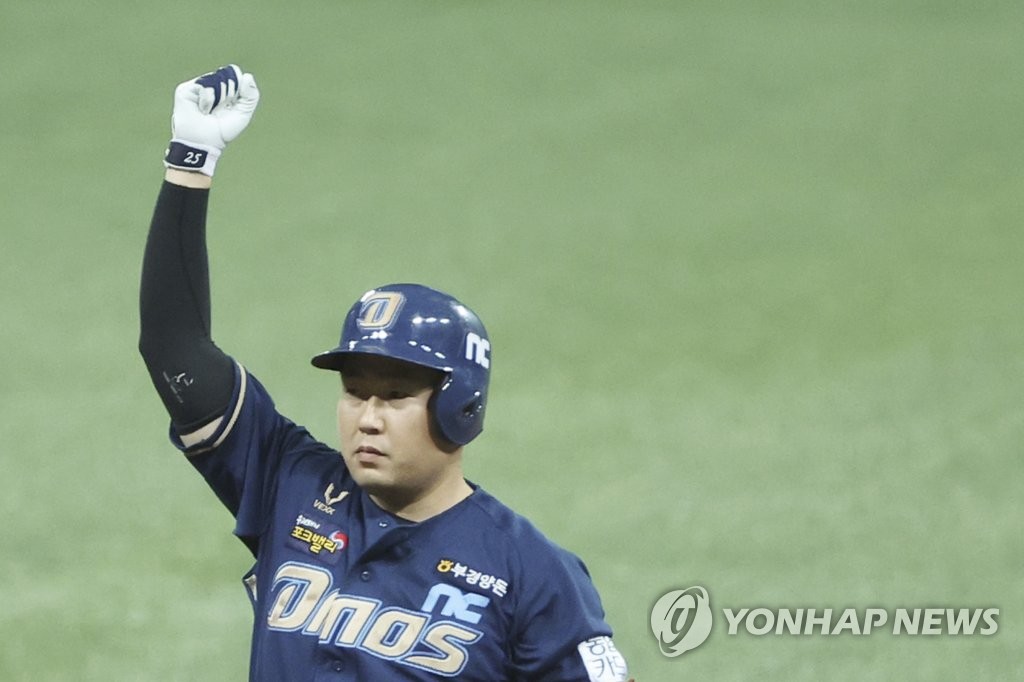 The two teams traded 22 hits and 13 runs in Game 3 that ended close to 11 p.m. Friday night, and with a quick turnaround for a 2 p.m. start Saturday, the bats stayed silent through five innings.

The two young starters did their part in ensuring zeroes would dominate the board early. Song held the Bears to just two hits over five shutout innings. His Bears' counterpart, 21-year-old Kim Min-gyu, allowed only three singles through the first five innings.

The Dinos broke the tie after Kim left the game. Lee Myung-ki hit a one-out single in the sixth, which prompted the Bears to replace Kim with Lee Young-ha.

Lee retired Na Sung-bum on a groundout but couldn't get past Yang, who knocked a single to right and scored pinch runner Kim Seong-uk from second.

Yang advanced to second on a wild throw home and scored the Dinos' second run on Kang Jin-sung's follow-up single. 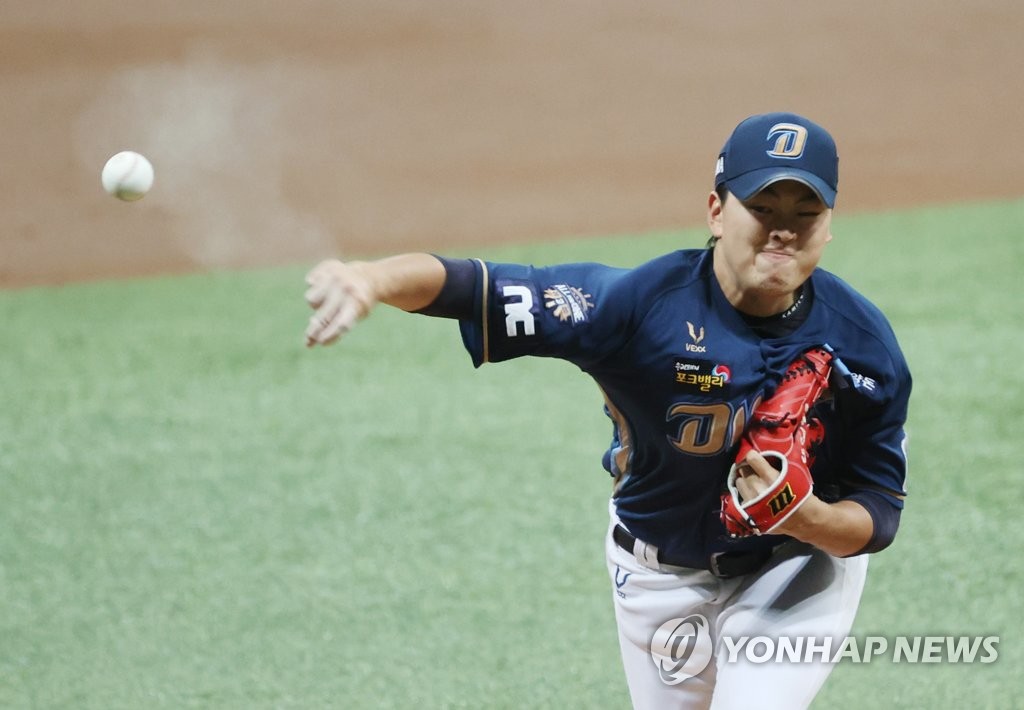 The Dinos' bullpen made the lead stand. Rucinski, who started Game 1 on Tuesday, came on with one out in the seventh for his first relief appearance of the season, and recorded the final eight outs. He struck out four and allowed just one baserunner on an error by second baseman Park Min-woo.

The Dinos got an insurance run in the ninth inning, when the bottom of their lineup came through. Aaron Altherr singled and stole second to get himself into scoring position, and Chi Seok-hoon, making his first start of the series in place of injured Park Sok-min, brought him home with a double to left field. It was Chi's first Korean Series hit and RBI.

The Bears managed just three hits, and No. 6 hitter Kim Jae-ho had all of them. 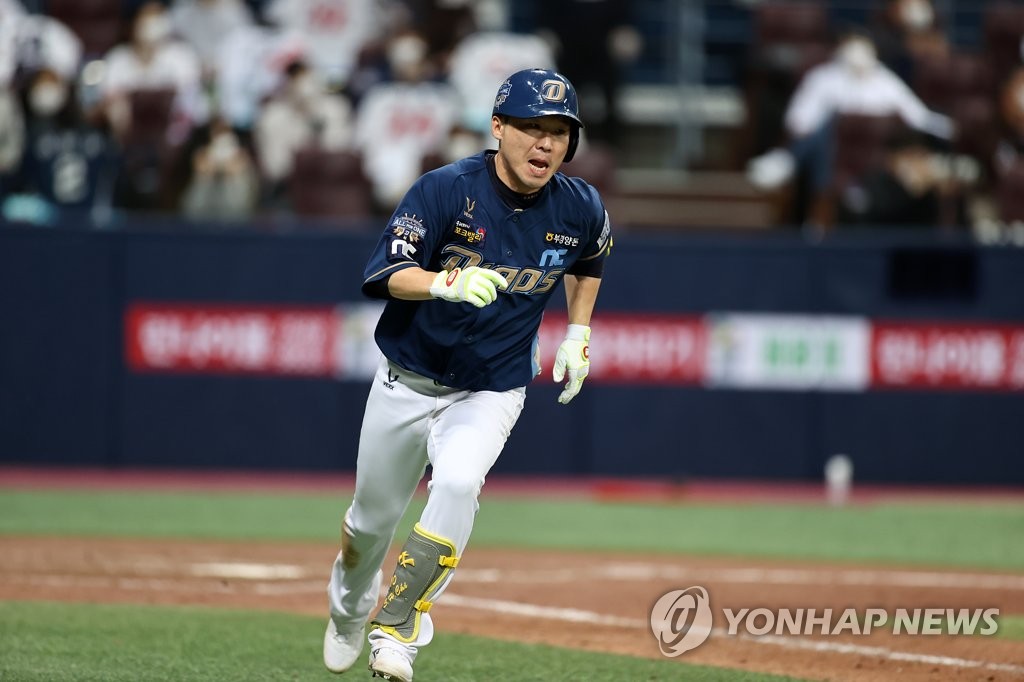 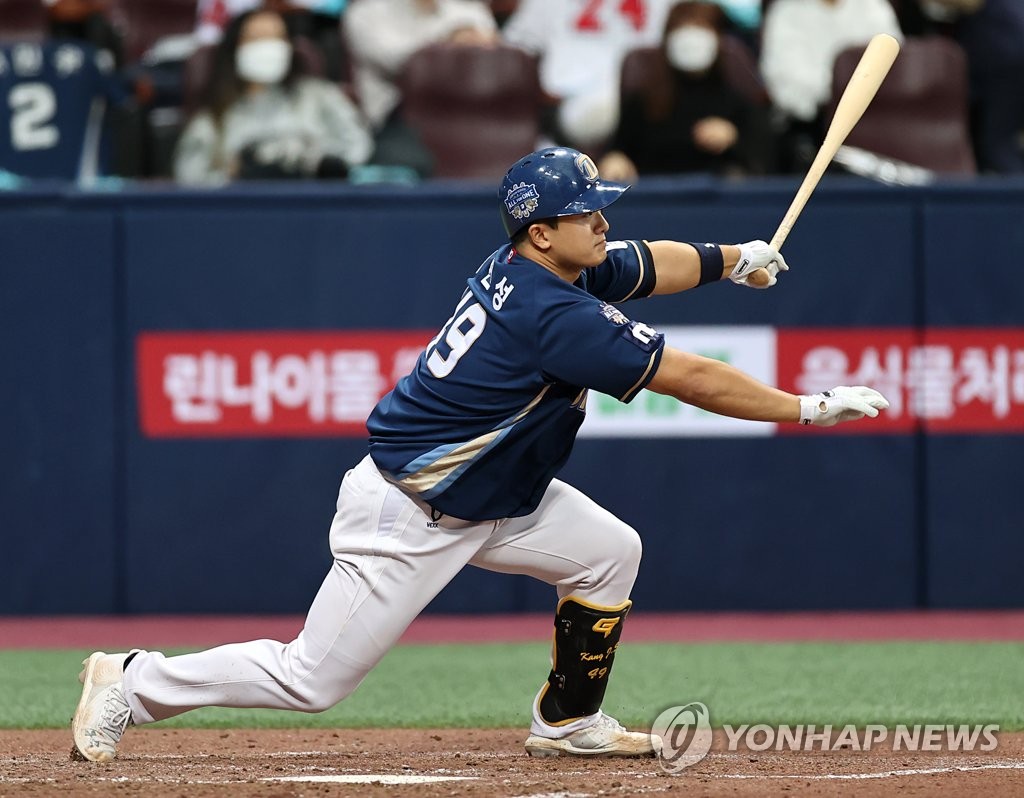 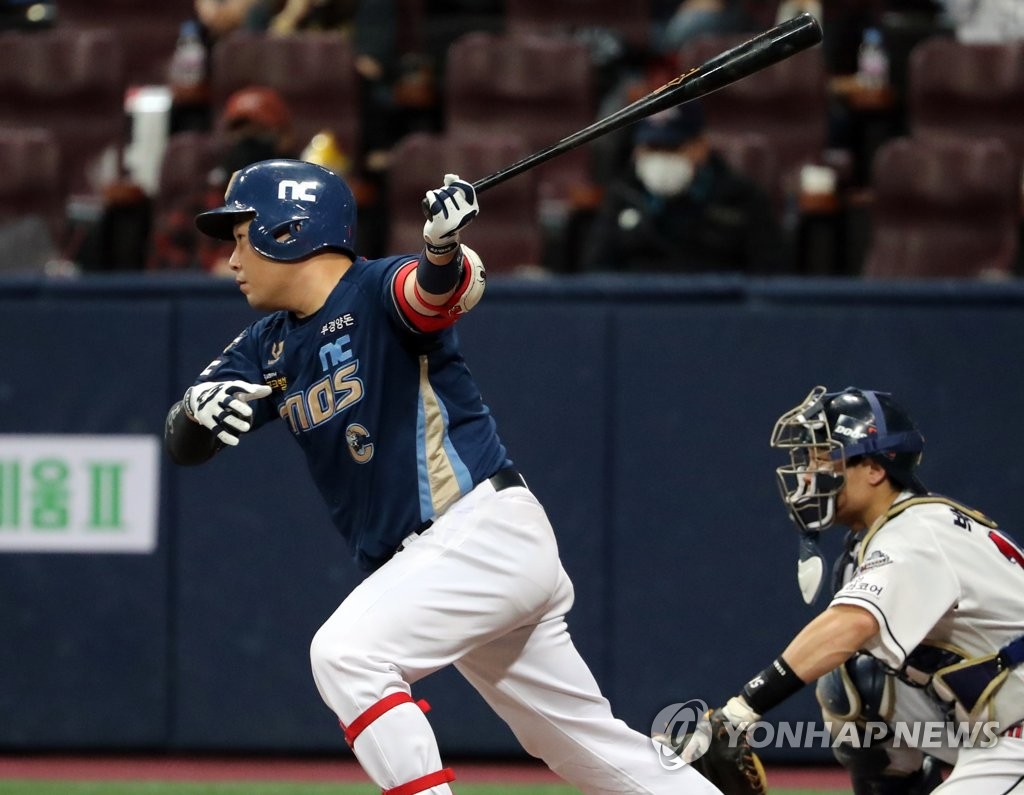 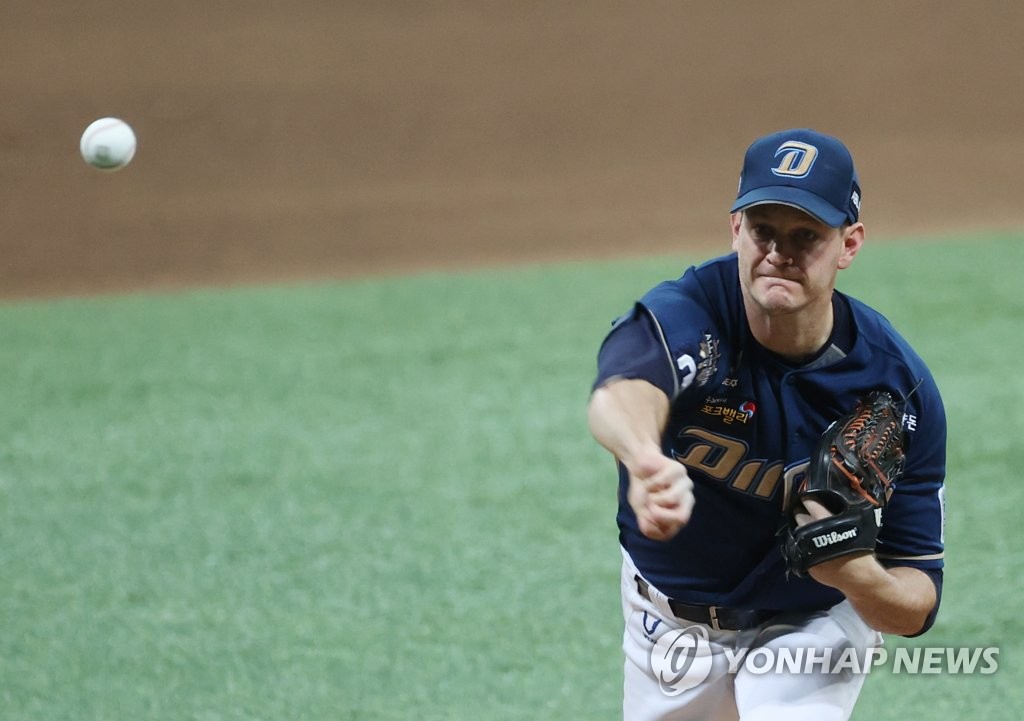