SEOUL, Nov. 21 (Yonhap) -- A 20-year-old right-hander got the upper hand in an unlikely pitching duel against a 21-year-old righty in a Korean Series game on Saturday, with both pitchers making their first career postseason starts.

The NC Dinos evened the Korean Baseball Organization (KBO) championship round against the Doosan Bears at two games apiece, thanks to their 3-0 win at Gocheok Sky Dome on Saturday. 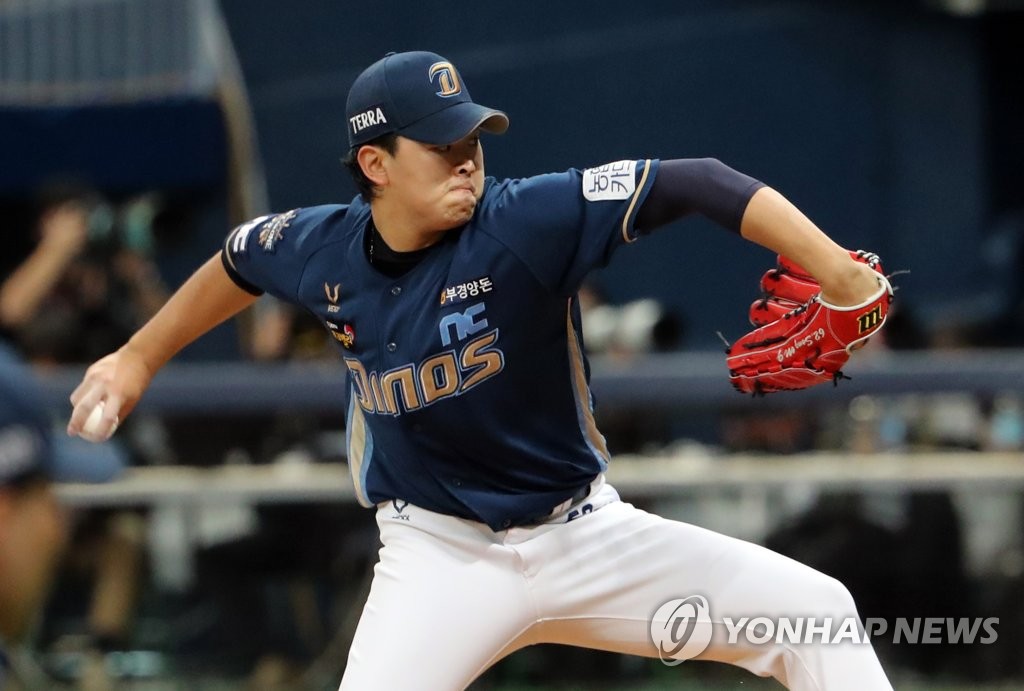 Song Myung-gi of the Dinos, in his postseason debut, tossed five shutout innings for the victory. He struck out four and gave up just two hits, both of them by No. 6 hitter Kim Jae-ho.

Song got into his first serious jam in the bottom fifth, with a leadoff double and a two-out walk putting two men aboard for Heo Kyoung-min. After a brief mound visit from his pitching coach Son Min-han, Song got a fielder's choice grounder off Heo's bat.

After Song completed five innings, his teammates put up two runs on the board in the top sixth. During that inning, Song was playing catch near the warning track to stay warm, but coach Son ordered Song back to the dugout, apparently notifying him that his day was done. 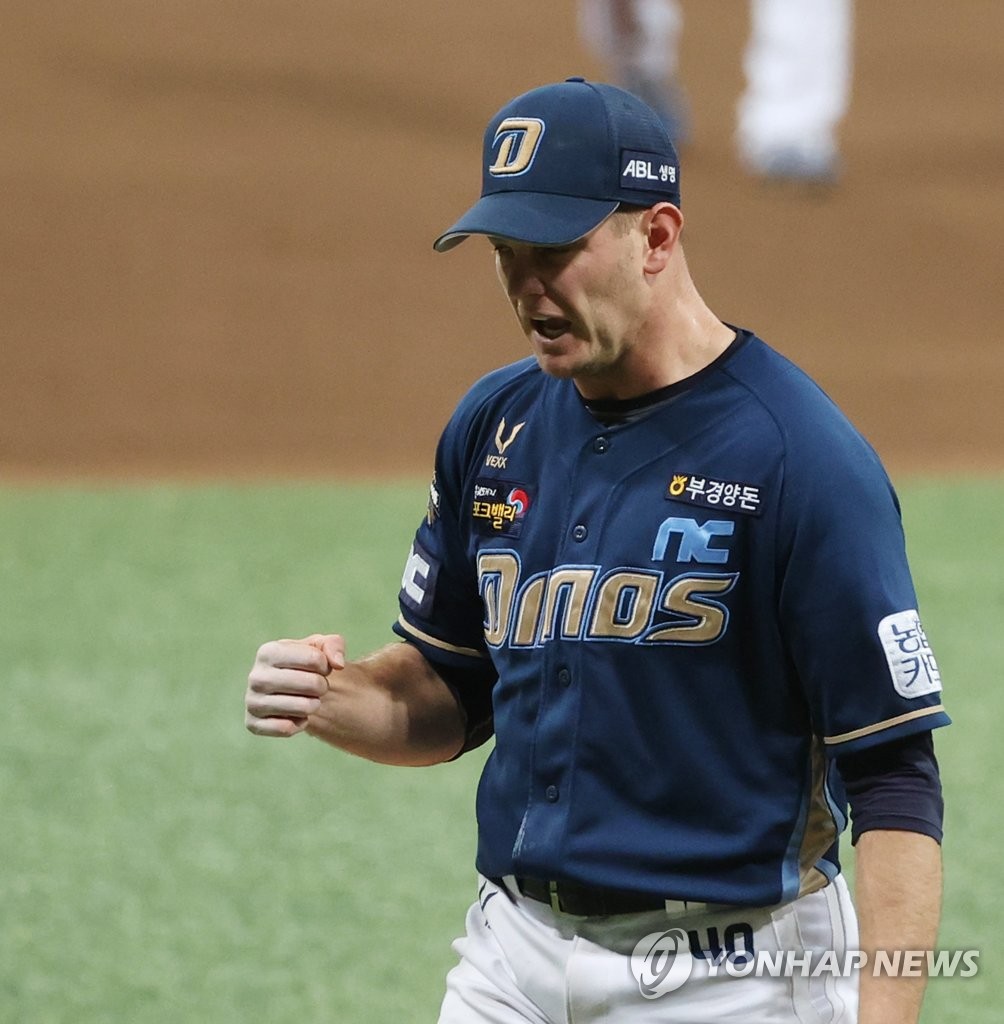 Having thrown just 82 pitches, Song was seen pleading his case with Son to stay in the game, but the decision had already been made to go to the bullpen.

Song was the Dinos' No. 4 starter down the stretch in the regular season, and was a perfect 5-0 with a 2.77 ERA in October. And he picked up where he left off in November.

In addition to his four strikeouts, Song generated three groundouts and eight groundouts. 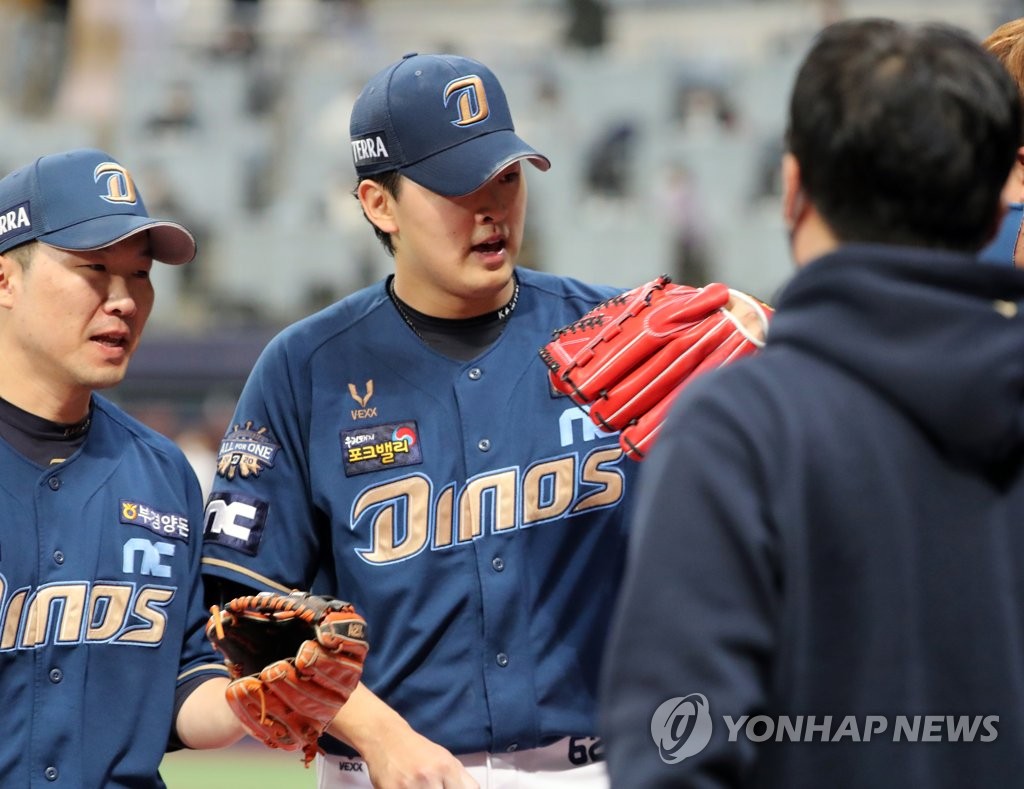 The Dinos scored their first two runs after the Bears' 21-year-old starter, Kim Min-gyu, left the game in the sixth inning.

Kim, who had made three relief appearances earlier this postseason, got the hook after a one-out single -- only the Dinos' fourth hit against him. Reliever Lee Young-ha let the inherited runner score and break the scoreless tie. Lee allowed another run in the inning for a 2-0 Dinos lead, and made a hard luck loser out of Kim.

The Dinos' bullpen, on the other hand, was virtually untouchable. 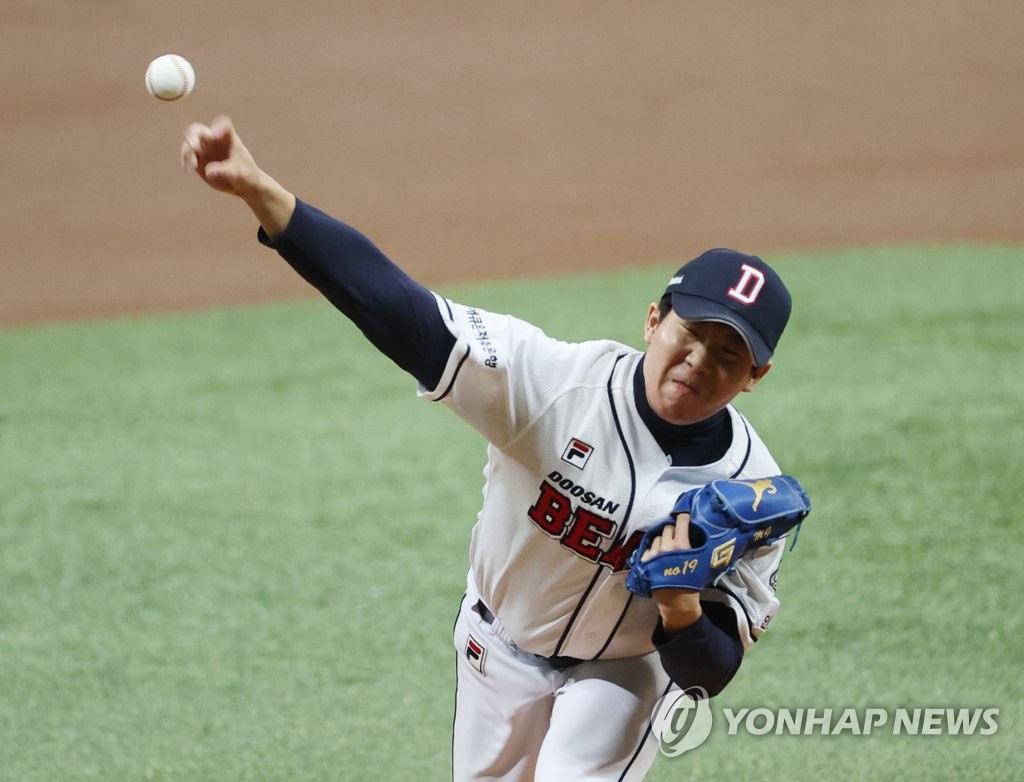 Left-hander Lim Jung-ho began the sixth but was gone after giving up a leadoff walk. Righty Kim Jin-sung took over and finished off the inning. Then after a one-out single in the seventh inning, Drew Rucinski, who started Game 1 on Tuesday, relieved Kim and retired the next two batters on six pitches.

Rucinski came back out to begin the eighth and struck out the side, pitching around a two-out error by second baseman Park Min-woo.

Rucinski, who would have been lined up to start Game 5 on Monday after five days' rest, pitched the perfect ninth inning to lock down the save. He made 39 pitches -- 30 of them for strikes -- and this seems to rule him out for a Game 5 start. 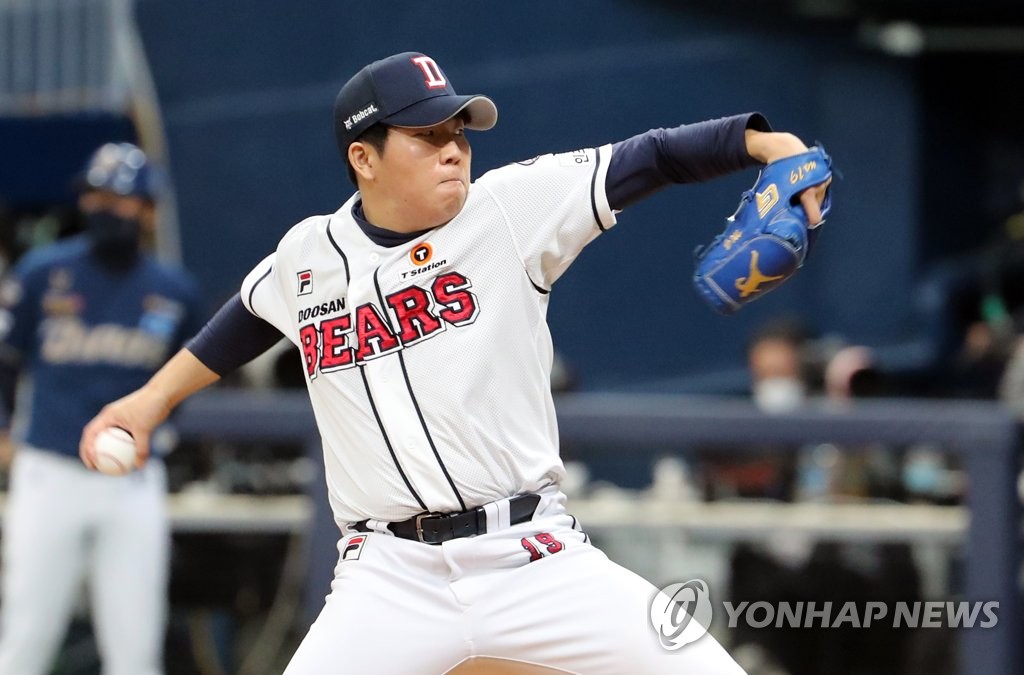