SEOUL, Nov. 23 (Yonhap) -- The morning temperature in Seoul dropped to minus 1.5 degrees Celsius on Monday, marking the coldest weather this fall, according to the state weather agency.

The Korea Meteorological Administration said cold air from the northwest caused temperatures to drop by 4-12 degrees from Sunday, leading to below-zero temperatures in the central inland region and the eastern Gyeongsang provinces.

In the northwestern border city of Paju, the mercury dropped to minus 4.8 C, while the central border county of Cheorwon and the northeastern mountain pass of Daegwallyeong posted minus 2.9 C and minus 5 C, respectively.

Other parts of the country posted temperatures below 5 degrees.

Cold wave advisories have been issued in parts of the Gyeonggi, Gangwon, Chungcheong and North Gyeongsang provinces. The advisory goes out when the morning low remains below minus 12 C for two or more days, or if there is a sudden drop in temperature that could lead to increased safety risks and large damage to crops and facilities.

"The advisories could be lifted in the afternoon, but the weather will remain cold as morning temperatures will be similar Tuesday and Wednesday, and most parts of the central inland region will post below-zero temperatures," the KMA said. 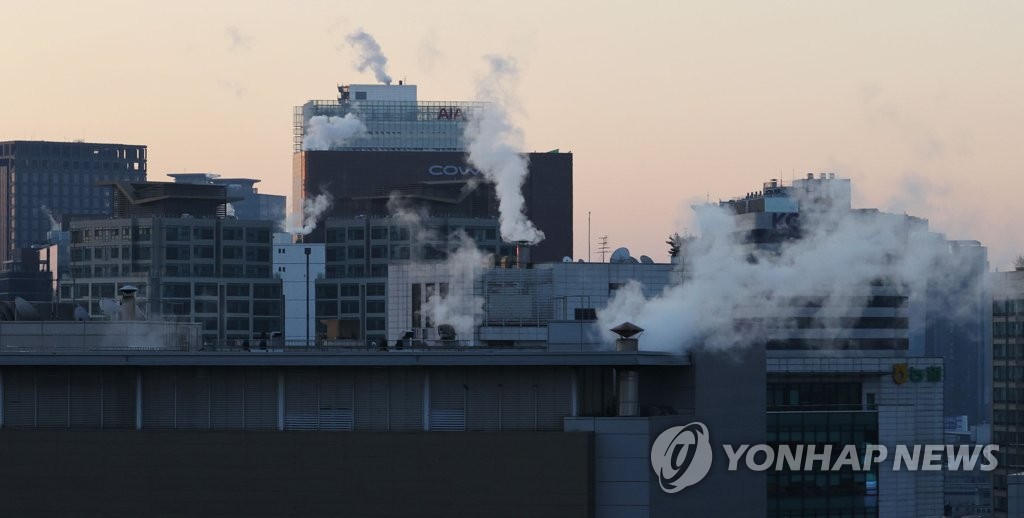