The video hit the milestone at around 3:32 a.m., YG Entertainment said, just about a year after it became the first K-pop music video to surpass the 1 billion mark last November.

"Ddu-du Ddu-du," the main track of the four-member band's first EP "Square Up," released in 2018, is one of the group's most popular songs.

Two other music videos of BLACKPINK -- "Kill This Love" and "Boombayah" -- dropped in 2019 and 2016, respectively, also have over a billion views on the global video-sharing website at the moment.

The quartet is the second-most subscribed global artist on YouTube with 53.4 million subscribers. 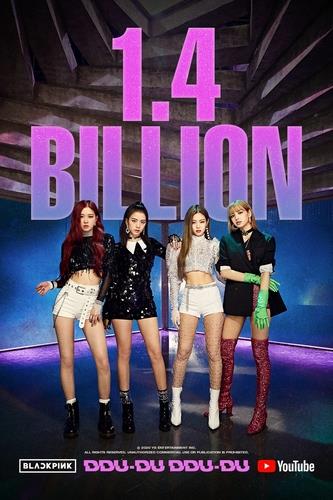