Lee made the remarks during a forum arranged to discuss ways to normalize communication lines between the two Koreas that have remained severed since the North blew up the liaison office in its border town of Kaesong in June in protest of anti-Pyongyang leaflets sent from the South.

"A new change in inter-Korean relations will come first from the resumption of communications through the South-North liaison office," Lee told the forum. "Putting the round-the-clock communication lines back on track would serve as a signal for the start of a 'time for peace.'"

The two Koreas opened the liaison office in September 2018 as a follow-up on a summit agreement between South Korean President Moon Jae-in and North Korean leader Kim Jong-un to facilitate cross-border exchanges.

The operation of the office, however, had been left suspended since early this year amid concerns over the coronavirus pandemic. The North cut all cross-border communication lines when it blew up the liaison office in June.

The minister called the North's demolition of the office a "very mistaken act that squarely betrayed our people's hope and passion for peace" and called for efforts to keep the destruction out of the "history of hostility" and rebuild it with "greater peace."

"That is the fate and responsibility for us who are living the reality of division," he said.

As part of efforts to restore round-the-clock communication channels between the two Koreas, Lee proposed opening of representative offices in Seoul and Pyongyang, capitals of the South and the North, respectively, or running a liaison office not just in Kaesong but also in other North Korean areas, including Sinuiju, Rajin and Sonbong. 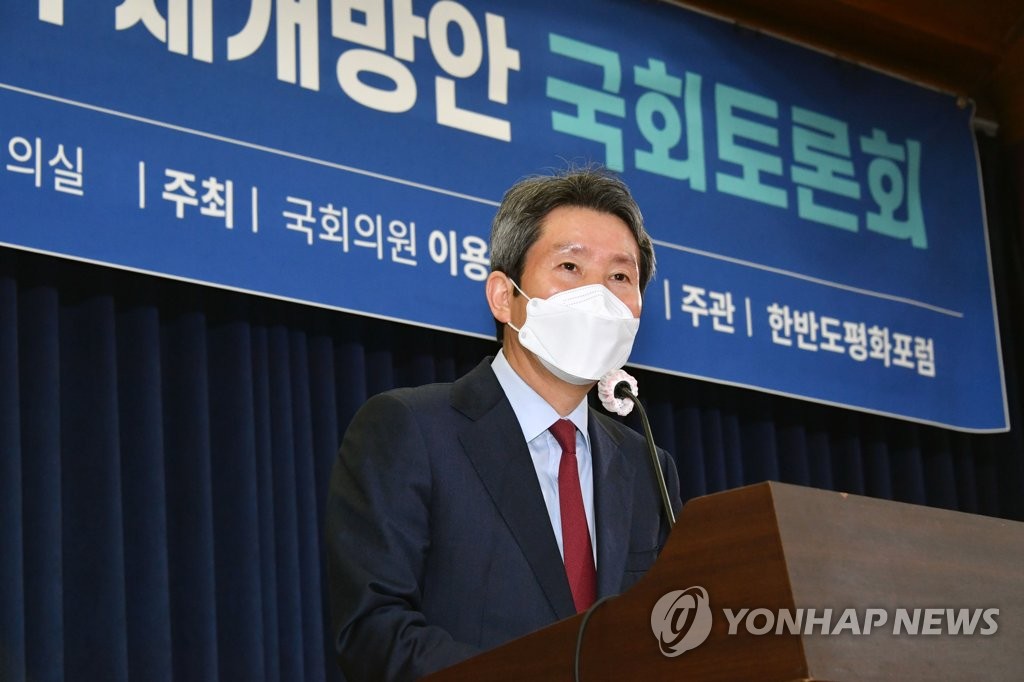