"It's a task that can be resolved only through international cooperation," Moon was quoted as saying, while taking part in the Day 2 session of the annual group summit held via video links the previous night (Seoul time).

The forum on the second and final day of the summit, chaired by Saudi Arabia, focused on the "inclusive, sustainable and resilient" future of the world hit hard by the virus.

Moon stressed that South Korea will keep pace with the international community in moving toward carbon neutrality.

He added Seoul plans to draw up a long-term scheme for the goal within this year. 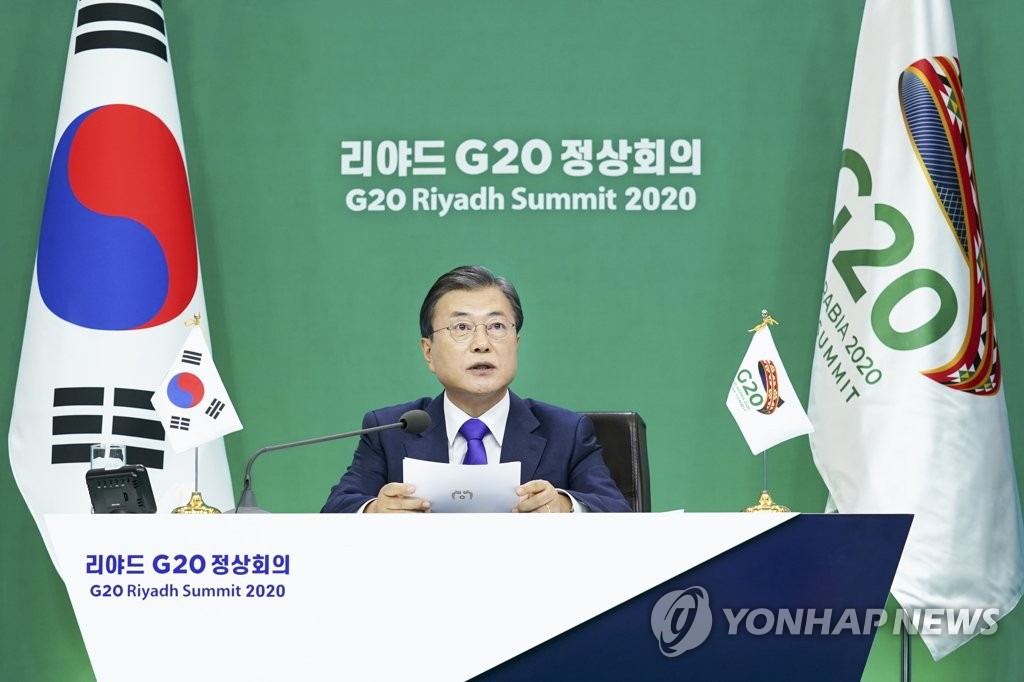 "The CCE is a voluntary, holistic, integrated, inclusive, pragmatic, and complementary approach to promote economic growth while enhancing environmental stewardship through managing emissions in all sectors including, but not limited to, energy, industry, mobility, and food," read the 2020 G-20 Riyadh Leaders' Declaration.