"It would be an honor to be always remembered as a global, fan-made group since we are a group made together by global fans," member Jay said in the act's first-ever media showcase held Monday.

"We feel happy and responsible when we are called a global, fan-made group since it was thanks to the love of our global fans that we have come to stand where we are," member Sung-hoon said. 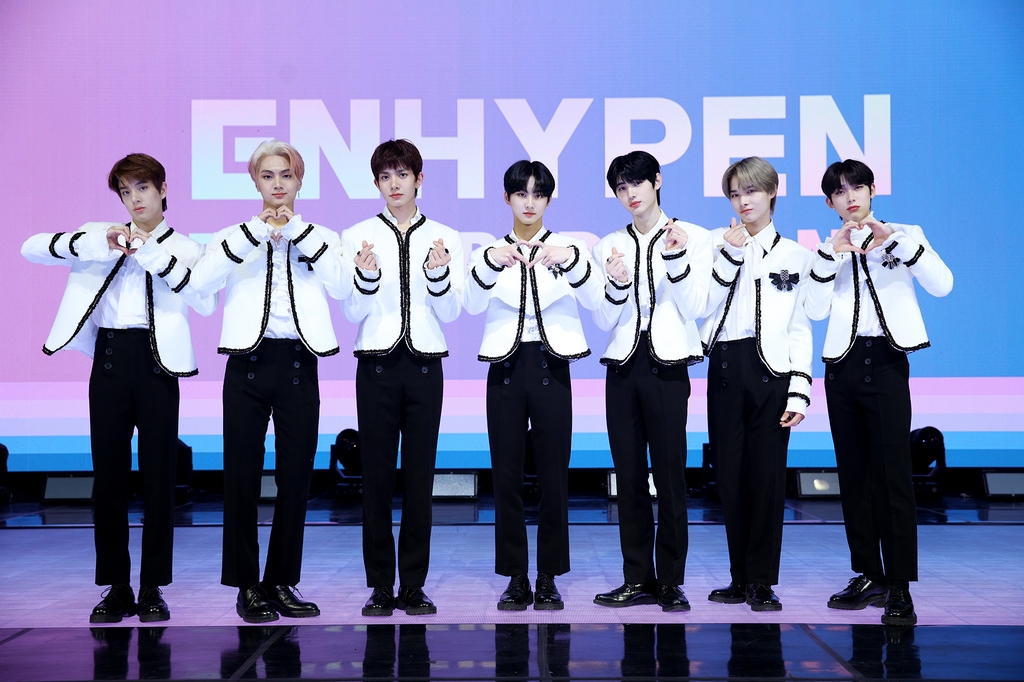 Like Jay and Sung-hoon noted, fans have played a central role for ENHYPEN -- from its creation to debut. Viewers from more than 180 countries voted for their favorite members in "I-Land," the televised survival program co-produced by CJ ENM and Big Hit Entertainment.

The buzz also built up on social media even before the group's debut, with each of their social media accounts, such as Twitter, YouTube and TikTok, attracting more than 1 million subscribers.

While having their survival process streamed around the world was no easy task, the band's members said it turned out to be a time that helped them hone their skills and build teamwork.

"We were surprised and grateful when we got messages supporting us from fans and viewers around the world," Jung-won said. "Our singing and dancing grew a lot on 'I-Land' and we also learned a lot about facial expressions and our attitudes on stage. The time at I-land was invaluable."

Hee-seung noted how the shared ambition to officially debut was like glue for the seven members who are very different from one another.

"The memory of striving for a (shared) goal to officially debut is something that connects us. Despite our different ages, areas where we live and nationalities, we grew closer as we had a goal to debut." 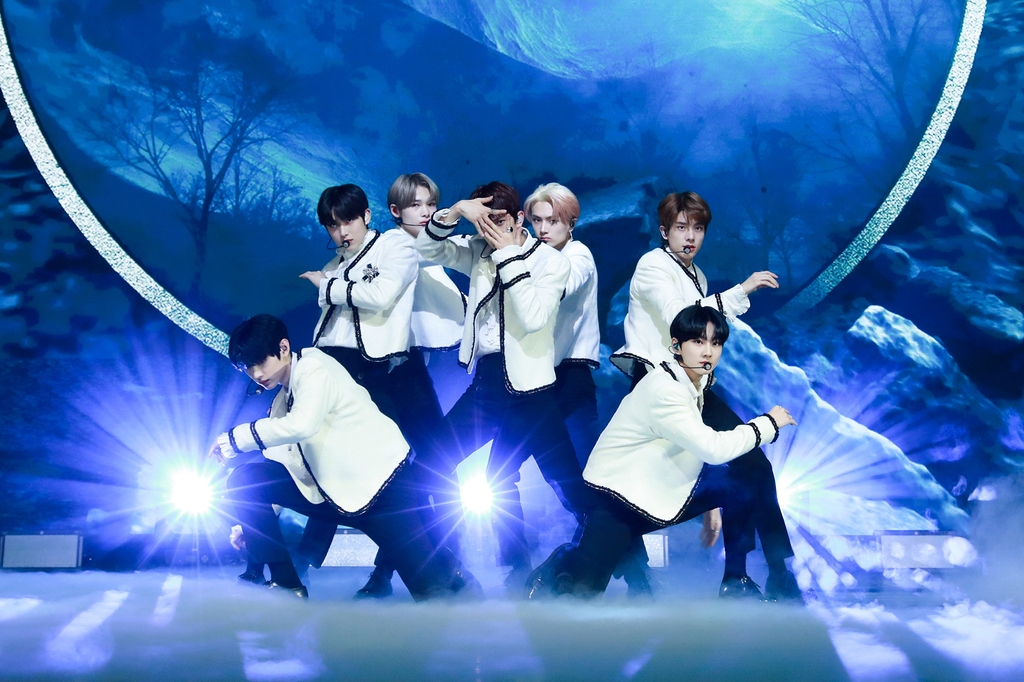 Appearing on the audition program had another takeaway -- getting advice and support from music industry gurus and stars, like Big Hit chief Bang Si-hyuk and global megastars BTS.

"Most of us dreamed of becoming artists after seeing BTS. It was an honor to cover their song on 'I-Land' and to also get advice," Jay said, mentioning how the septet visited the shoots and encouraged the trainees to have more confidence and love themselves.

"We tried to learn not only from BTS' music and performance but also their attitude as an artist. I hope that we can follow BTS to become a group that can promote K-pop around the world," he added.

Jung-won noted Bang's advice on being a musician in the K-pop industry.

"Bang told us that there is no K-pop musician without fans, which made us vow that ENHYPEN would be a group that is loved by global fans and that can return that (love)."

Monday's press conference, where the rookie band showcased two of their songs, "Let Me In (20 CUBE)" and "Given-Taken," was held online amid the new coronavirus outbreak.

The band is set to release its six-track album at 6 p.m. It includes the powerful lead track "Given-Taken," which members said depicts their thoughts on going through the transition from being trainees to singers. 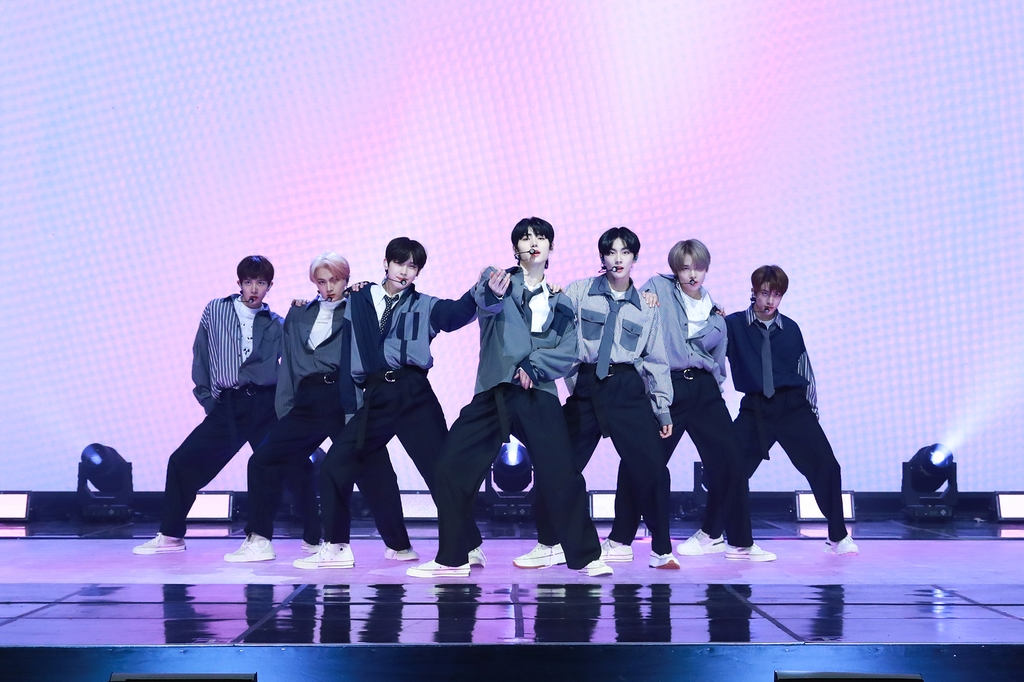