SEOUL, Dec. 13 (Yonhap) -- South Korea's single-day coronavirus cases broke the 1,000-mark for the first time on Sunday, raising pressure on authorities to enforce the highest level of social distancing to slow down the virus spread.

The country added 1,030 more COVID-19 cases, including 1,002 local infections, raising the total caseload to 42,766, according to the Korea Disease Control and Prevention Agency (KDCA).

Sunday's daily caseload jumped from the previous day's record high of 950, marking the highest since the country reported its first COVID-19 case in January.

Cluster infections from private gatherings coupled with massive infections at a church and a hospital in the metropolitan area pushed up the tally from the previous day.

Health authorities raised social distancing measures to the second highest under the five-tier virus restrictions earlier this week, but it has failed to slowed the virus so far.

President Moon Jae-in on Saturday referred to the COVID-19 situation as an "emergency" and ordered authorities to mobilize all resources to contain the virus. 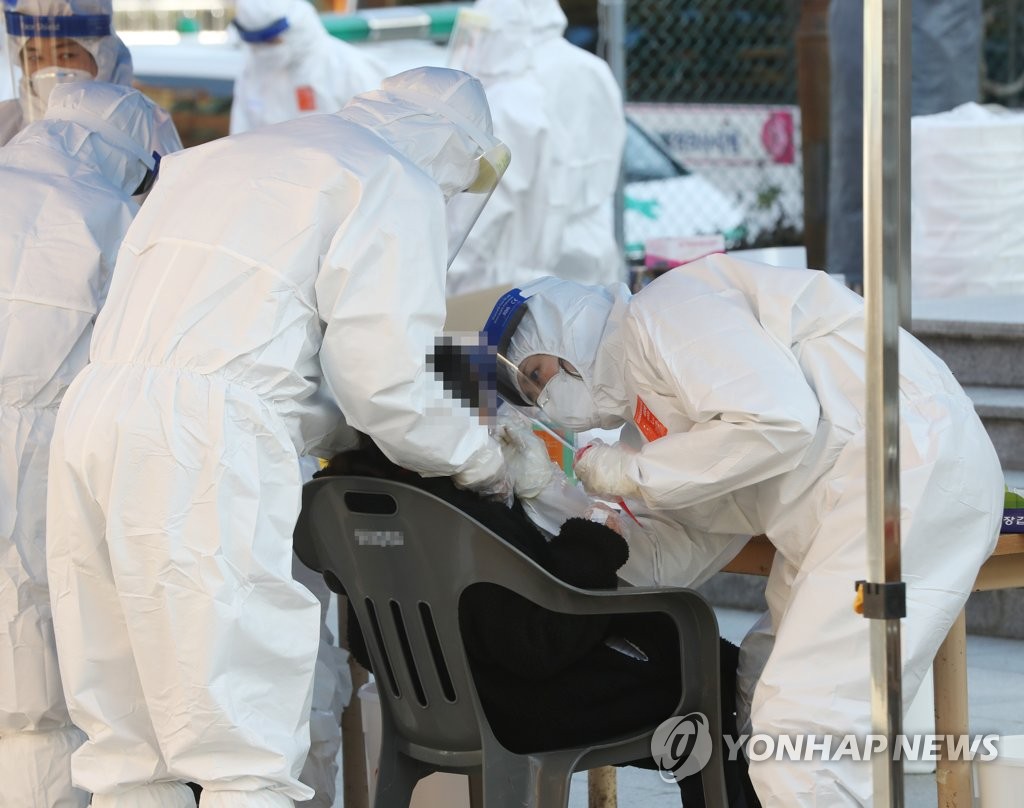 The greater Seoul area -- home to half of the country's 51 million population -- accounted for the most of the cases.

The capital city of Seoul registered 399 new cases, while surrounding Gyeonggi Province and Incheon, west of Seoul, had 331 and 62, respectively.

The number of seriously or critically ill COVID-19 patients came to 179.

The number of people released from quarantine after making full recoveries came to 321, raising the total to 31,814.