The Central Disease Control Headquarters said that from Monday until Jan. 3, it will administer the tests at facilities at Seoul and Yongsan Stations, major university districts and other high-risk areas in the greater Seoul metropolitan area. They will remain open from 9 a.m. to 6 p.m.

The authorities plan to mobilize 810 people, including military and police personnel, to support the aggressive testing campaign.

The campaign comes as the virus shows no signs of abating, with Sunday's single-day infection tally reaching 1,030 -- the highest figure since the country reported its first COVID-19 case in January.

Experts have been calling for the expansion of testing sites, arguing that preemptively sorting out asymptomatic virus spreaders is vital to slowing down the pandemic.

At the new facilities, tests can be conducted anonymously, officials said.

For the convenience of test takers, the authorities plan to employ a quick antigen test and a saliva-based test, which is known to be safer and easier than the most-used PCR method using mucus from inside of the nose.

The prevailing PCR method is seen as the most accurate standard test, but it takes about 24 hours to receive a result.

It takes 30 minutes to two hours for those taking the quick antigen test to get a result. But if they test positive, they need to undertake another PRC test to confirm their infection as the accuracy rate of the antigen test is relatively low.

As the virus continues to tighten its grip across the country, Seoul officials face growing pressure to take more stringent containment steps such as raising the social distancing restriction level to the highest. 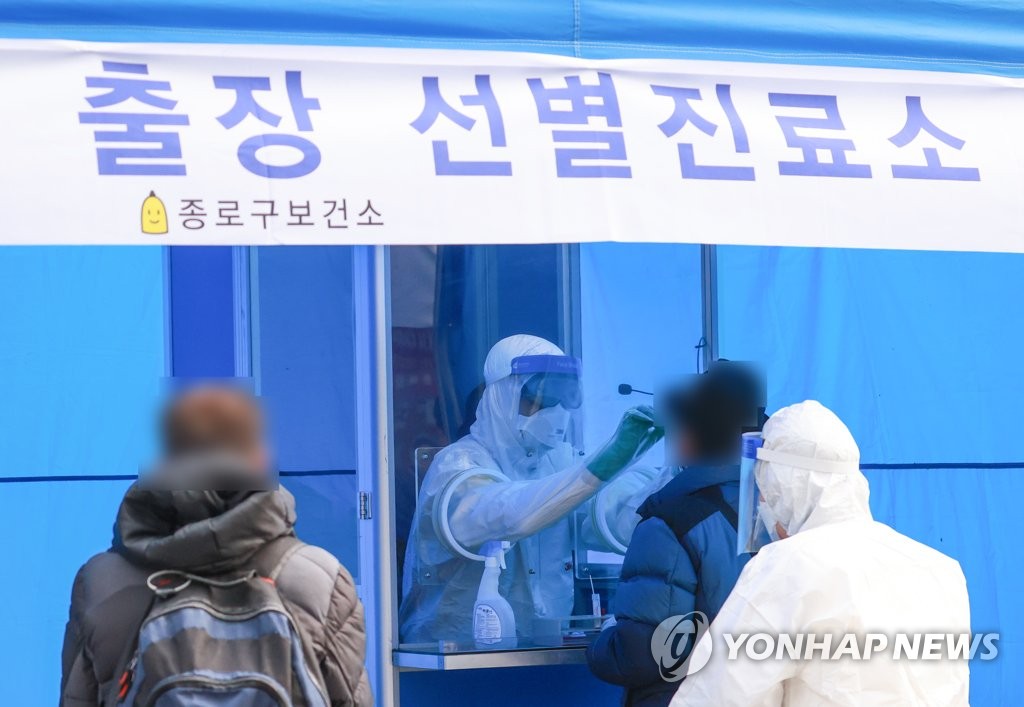