The 25-year-old shot a 4-under par 67 in the final round to win the 75th U.S. Women's Open at the Champions Golf Club in Houston.

Kim shot a four-round total of 3-under 281 to win the title by one stroke.

"I'm very honored to win the 75th U.S. Women's Open. Still can't really soak in that I'm the champion, but it feels different winning the tournament here," she said in a post-match press conference.

"I'm really glad, and through COVID-19, we had a lot of difficulties, but glad we had the U.S. Women's Open held in Houston," said Kim, who wore a mask during the tournament. "It was a great win. Thank you." 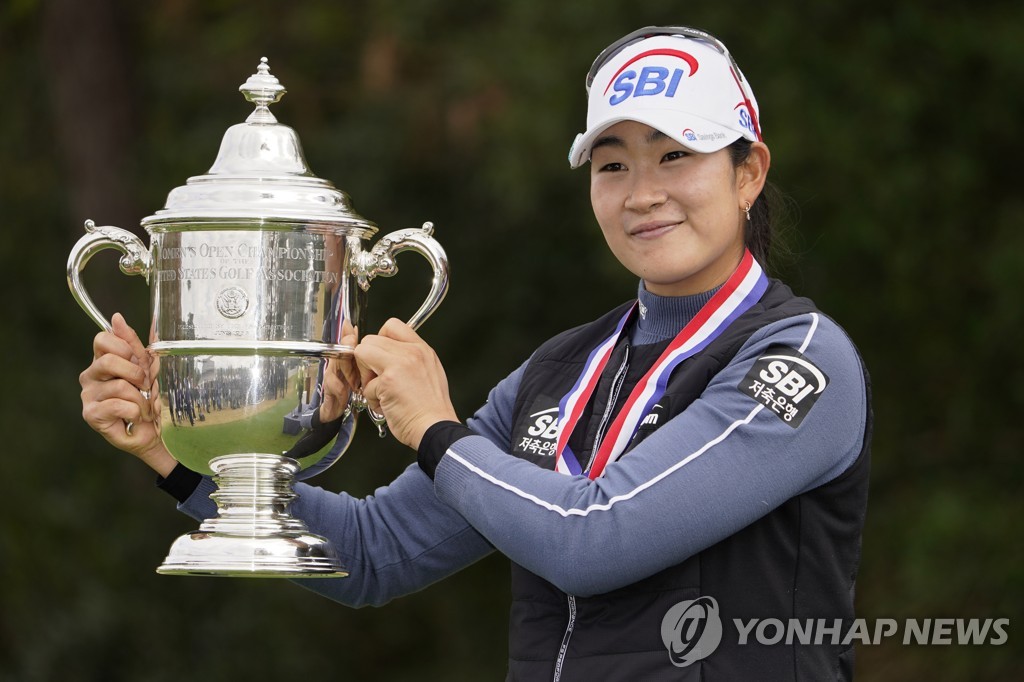 It also marks the first time Kim ever played in the U.S. Women's Open, making her only the fifth player in the entire history of the oldest LPGA major to win the title in her debut.

She is the 10th non-LPGA member to win a major in the sport's history, including Hinako Shibuno and Sophia Popve, who topped the Women's British Open in 2019 and 2020, respectively.

Kim, 25, also is the third South Korean to capture a major LPGA title, following Kim Sei-young who won the Women's PGA and Mirim Lee who took the helm of the ANA Inspiration. 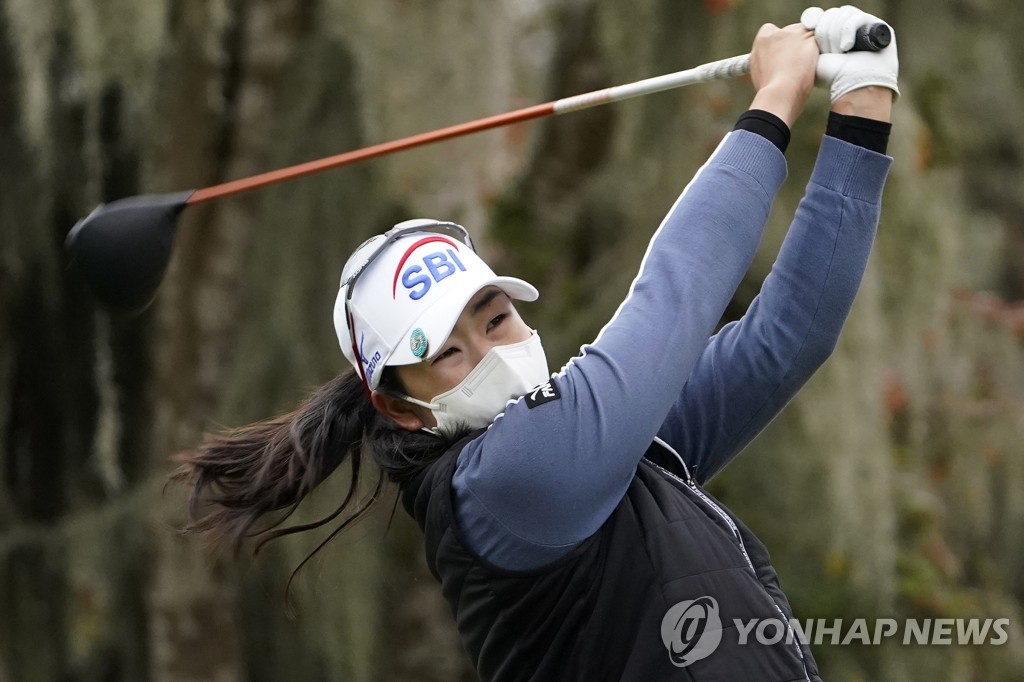 Kim began the final round at No. 9 with a three-round total of one-over par 214, lagging five shots behind the third-round leader Hinako Shibuno.

Her performance to rally from five shots behind in the final round of the U.S. Open tied the record for the largest come-from-behind victory that has been achieved by only six players, including Annika Sorenstam in 1995.

She snatched three consecutive birdies in the last three holes of the final round after getting two bogeys on the 10th and 11th holes.

Kim's last push cornered Amy Olson, who had a two-shot lead on the back nine, and tied with her after her birdie on the 17th.

Her comeback victory was completed with the 18th hole birdie, while Olson fell behind after a bogey on the 16th.

"To be honest, it was a little bit disappointing round, the third round on Saturday," she said. "I decided to come out today and try to be the aggressive player that I was, try to attack the pin, and it actually worked out today."

Ko Jin-young, also from South Korea, shared the No. 2 spot with Olson of the United States after they both finished with a four-round total of 2-under par 282.

Finishing the third round with an even-par, she hit three under in the final round, including two birdies in the last three holes, to finish runner-up in her third LPGA appearance of the season.

Ko, currently ranked the world's No. 1 in women's golf, had stayed in her home country until October amid the COVID-19 pandemic.

"I had a great round today. I had a couple of missed putts, but I finished good today," she said. "I wanted to finish strong on the last hole, so I made it, and I was happy." 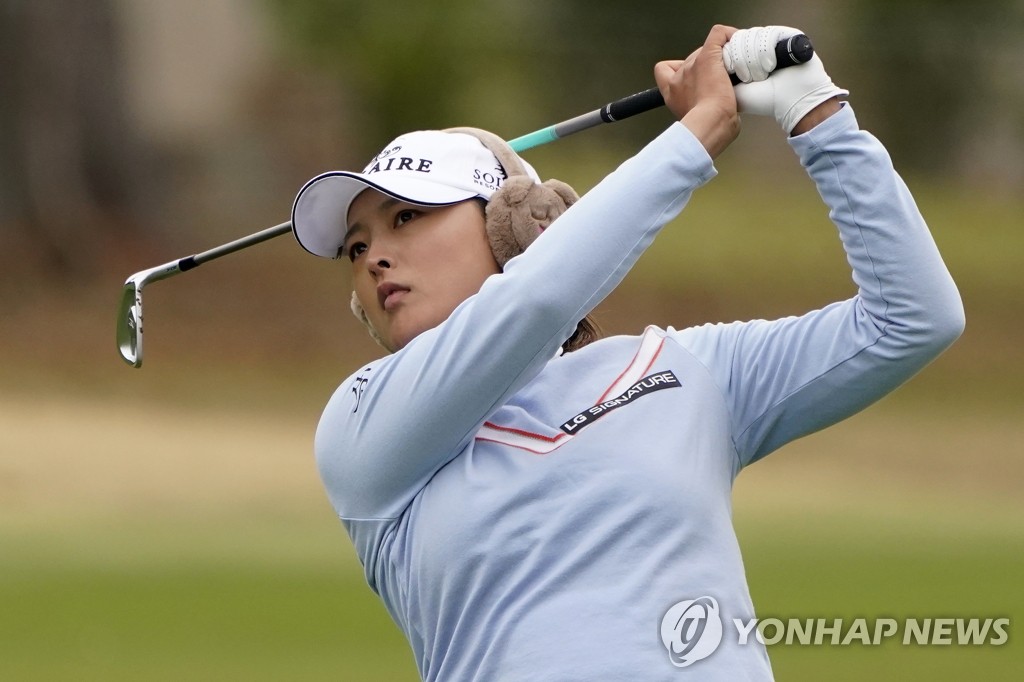 Two other South Koreans, Lee Jeong-eun and Park In-bee, also made it to the top 10 at this year's U.S. Women's Open.