The country added 1,014 more COVID-19 cases, including 993 local infections, raising the total caseload to 46,453, according to the Korea Disease Control and Prevention Agency (KDCA).

The KDCA said the country reported another daily high of 22 COVID-19 deaths, sharply up from 13 a day earlier, raising the total caseload to 634, indicating that the rising number of seriously ill virus patients may lead to more deaths down the road. 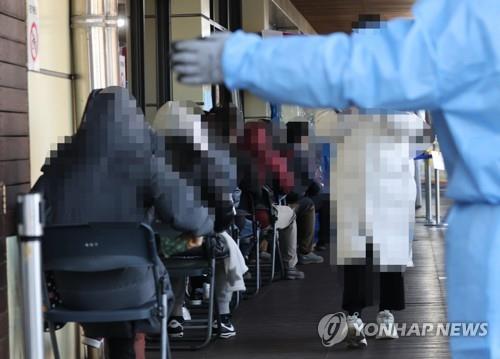 The authorities, however, attributed a sharp rise in the death toll to rising cases, noting that there has been no mutation with high mortality rate reported.

Thursday's daily caseload is slightly down from a daily record high of 1,078 on Wednesday.

After falling to 718 on Monday due to fewer tests carried out over the weekend, infections rebounded to 880 on Tuesday, as health authorities expanded free COVID-19 tests to find more potential cases.

Health authorities have warned the country's daily virus caseload may reach up to 1,200.

Noticeably, an average of 882.6 new daily local infections occurred over the past one week, the KDCA said.

The number of new cases could hover around 1,000 again on Friday, as 876 cases were confirmed by 9 p.m. Thursday, with counting still under way. Of the total, 304 cases were from Seoul, and 280 were from the surrounding Gyeonggi Province.

The country announces the national tally of new cases for the previous day at 9:30 a.m. daily. 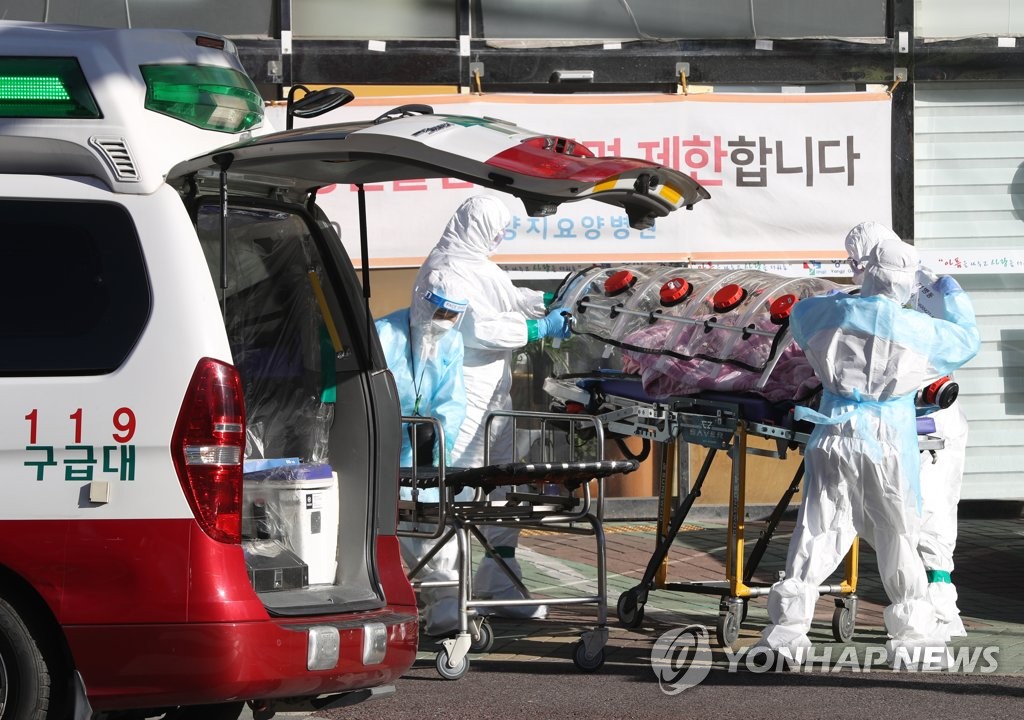 Authorities can adopt Level 3, the third highest under the five-tier virus restrictions, when locally transmitted cases surge to 800 to 1,000 or the daily tally doubles from the previous day.

Health authorities raised social distancing measures to Level 2.5, the second highest, early last week, but they have failed to slow the spread of the virus so far.

They have acknowledged that the current level of social distancing has failed to flatten the virus curve and hinted they will not hesitate to adopt Level 3 when necessary. But health authorities remain cautious about doing so, as the move will cause economic damage to shop owners and self-employed people.

On Thursday, the authorities said they will ban the operation of poker pubs and dining inside unmanned cafes starting Saturday for the next 10 days.

Also, all kinds of lessons and training programs organized by provincial governments will be banned.

Of the locally transmitted cases, the capital city of Seoul accounted for an all-time high of 420 cases, and Gyeonggi Province took up 284. Incheon, west of Seoul, had 80 new cases. The three areas account for around half of the nation's population.

It marks the first time for the daily new cases in Seoul to surpass the 400 mark. 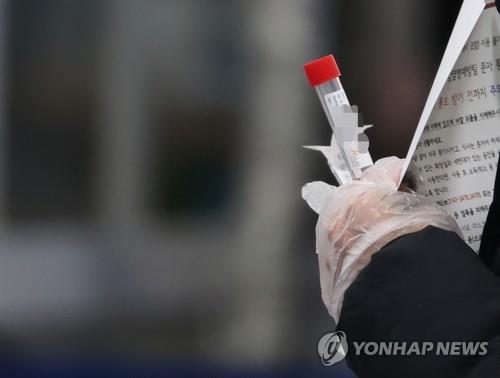 Of the new cluster infections, an additional 20 people were confirmed to have COVID-19 in connection with a nursing home in Seoul's Guro Ward, bringing the total caseload to 21, the KDCA said.

The authorities said 14 COVID-19 patients were newly reported from a construction site in Seoul's Yongsan area and another 13 from a church in western Seoul, bringing the total caseload to 192.

Among the confirmed cases, 21 were imported from abroad.

The number of seriously or critically ill COVID-19 patients came to 242, up 16 from a day earlier.

The country continues to witness a double-digit increase in COVID-19 patients in critical condition who require oxygen treatment, such as extracorporeal membrane oxygenation (ECMO).

The KDCA said only 41 beds for such patients in the country are available for admission as of Thursday, with two in Gyeonggi Province and one each in Seoul and Incheon.

The number of people released from quarantine after making full recoveries came to 633, raising the total to 33,610. 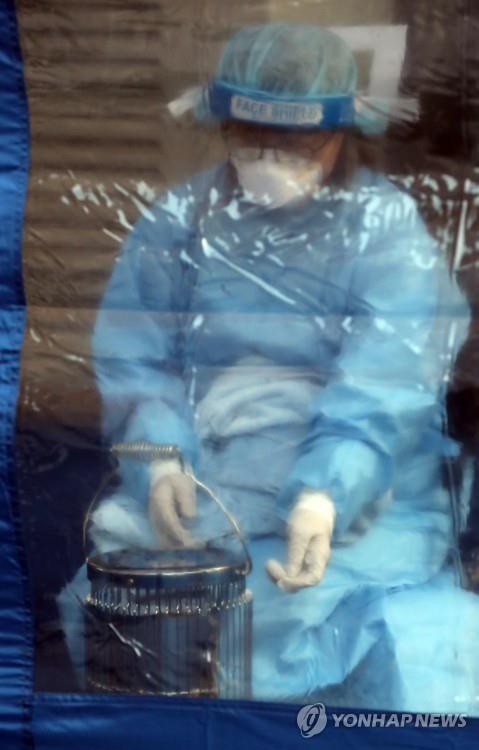