The film starring Song Joong-ki and Kim Tae-ri will be available to its subscribers in 190 countries on Feb. 5, the company said.

Originally set to open in theaters last summer, "Space Sweepers" was one of the most anticipated Korean films of the year for its star-studded cast and big budget. But it was eventually decided to be shown on Netflix without a run in theaters after its schedule for theatrical release was put off several times due to the COVID-19 pandemic.

Directed by Jo Sung-hee, the film features a group of space scavengers who hunt for debris to make money in the year 2092. It is set in a fictional universe where Earth is nearly destroyed by pollution and a group of upper class people build a new habitable world in outer space. 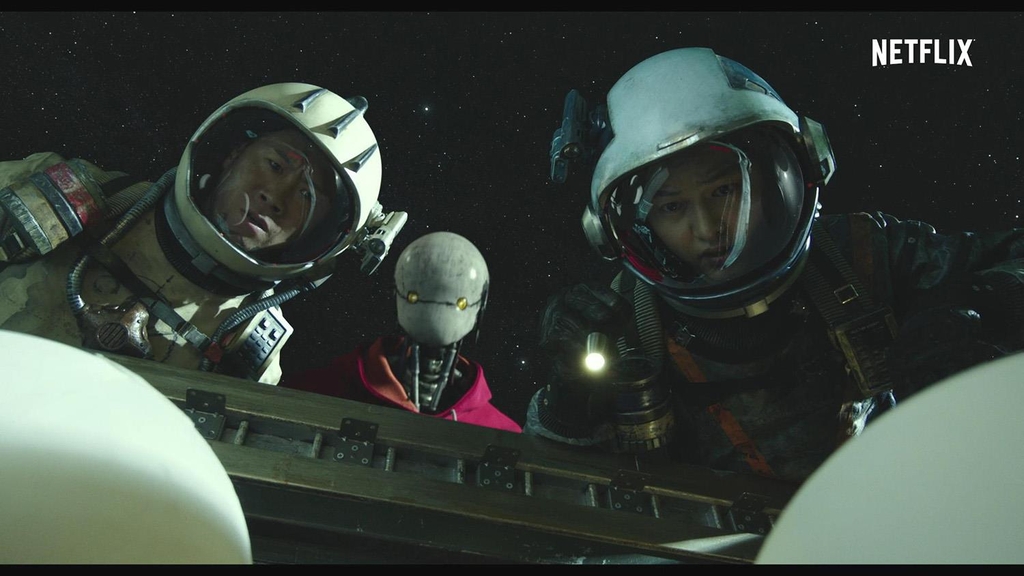