When, or if, the next Summer Games take place in Tokyo this July, the team's goal is to reach greater heights. 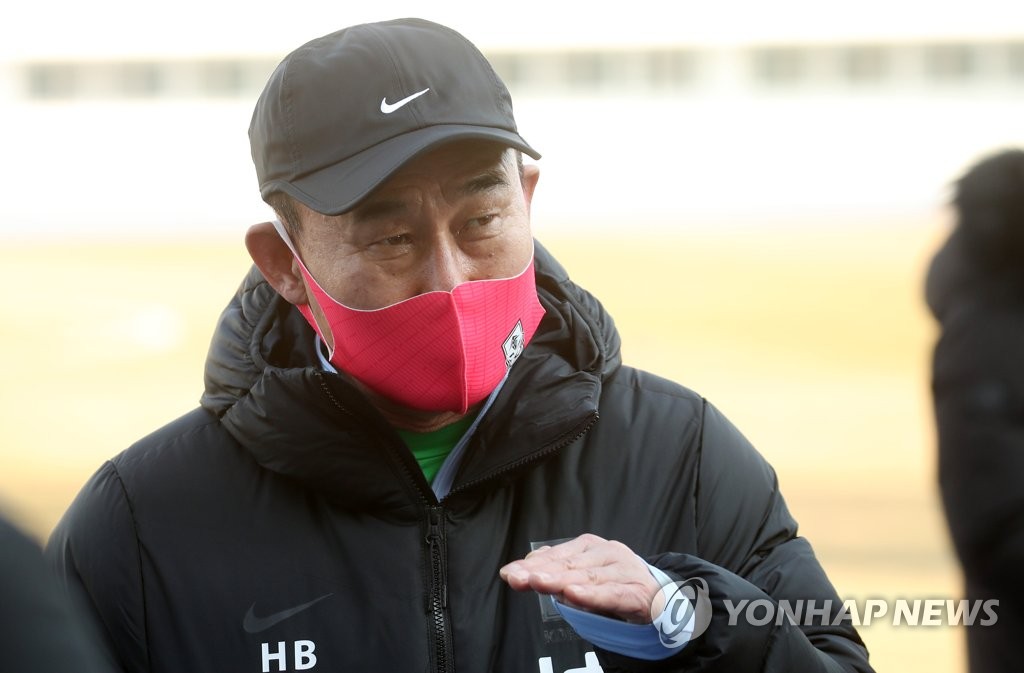 "I want to do better than the bronze from the London Olympics," said Kim Hak-bum, head coach of the men's under-23 Olympic football team, on Tuesday, ahead of practice at Gangneung Sports Complex in Gangneung, some 230 kilometers east of Seoul. "It's not just myself. All the players have the same mindset."

Kim opened winter training camp on Monday with 26 players from the domestic K League and the J. League from Japan. Other U-23 players based in Europe weren't called up for the occasion, as their club seasons are still ongoing.

South Korea qualified for the Tokyo Olympics by winning the Asian qualifying tournament in January last year. But the Olympics got pushed back by a year due to the coronavirus pandemic. And with greater Tokyo currently under a state of emergency in the face of the raging virus, there is still a great deal of uncertainty surrounding the status of the Olympics. 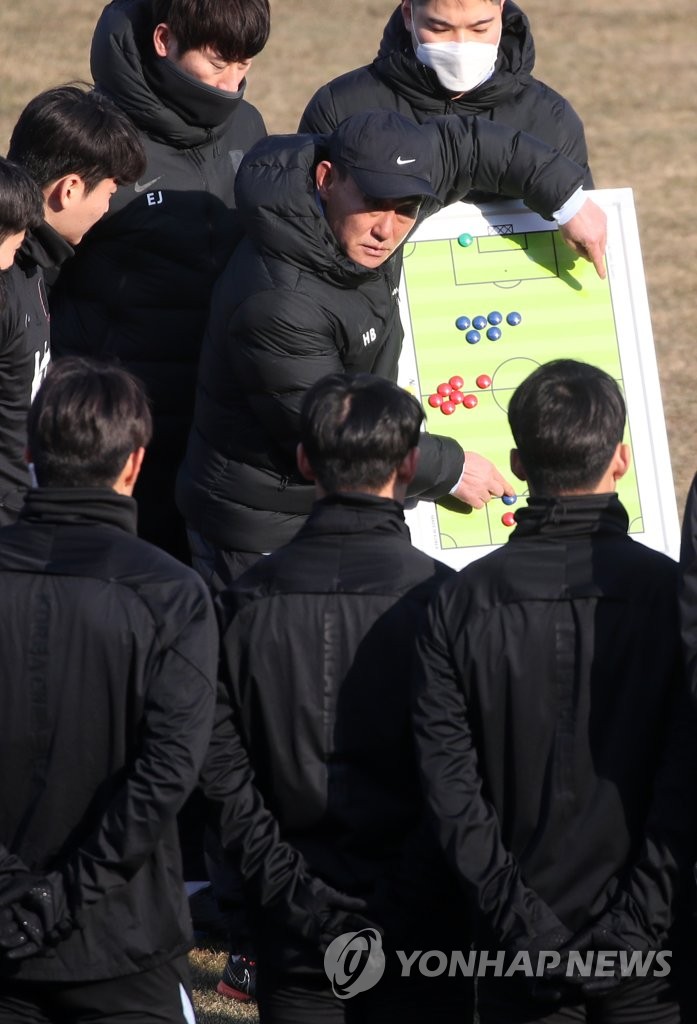 Kim said he and the rest of the team will forge ahead under the assumption that the Olympics will take place this year and added, "We just have to do the best we can in our preparation."

Team captain Jeong Tae-wook agreed with his coach that the players shouldn't be distracted by the current situation in Tokyo.

"The right thing for us to do is to stay the course and do our best under the circumstances," Jeong said. "I can see the guys are really focused right now because we're now in the Olympic year."

The team will train in Gangneung through next Monday and then travel south to Jeju lsland for the second phase of camp through Feb. 2, a stay that will include at least three exhibition matches. 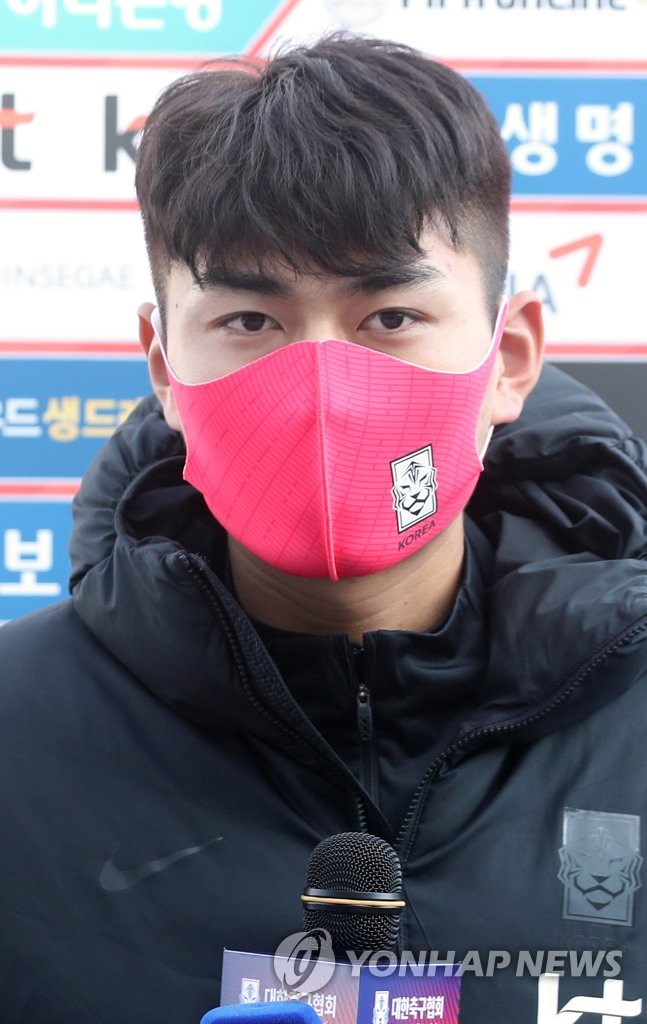 Kim said the focus during the opening stage in Gangneung will be on conditioning and strengthening, and it will then shift toward performance on Jeju Island. Kim added that a fourth training match could be scheduled.

The final Olympic roster will have 18 players, fewer than a typical international roster of over 20. Kim will likely select a handful of players based in Europe, and that will leave precious few spots up for grabs among K League players and others competing in Asia. 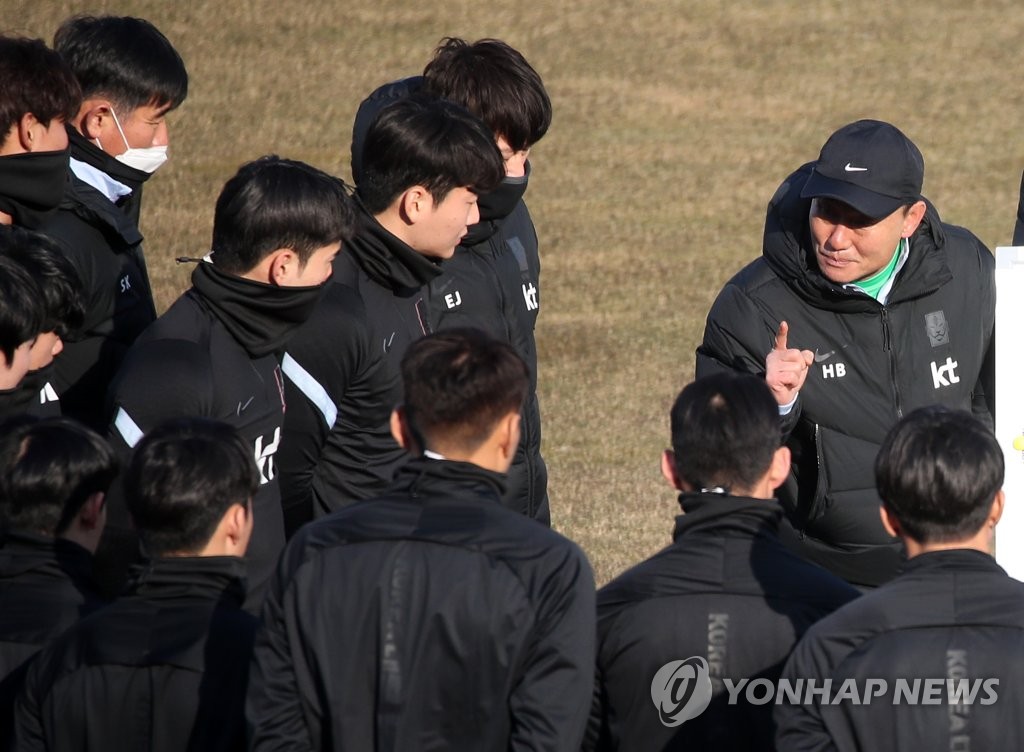 Kim declared Tuesday that this camp will be the last opportunity for K Leaguers to make an impression on him.

"We have friendlies scheduled for March and June, but no one can predict what will happen to those," Kim said, in reference to the COVID-19 pandemic. "I'll keep an eye on players who show some promise during this camp and it will take me that much closer to the final roster."

Forward Song Min-kyu is one K League player who appears to have an inside track to an Olympic spot. He scored 10 goals for Pohang Steelers last year en route to earning the league's top young player award. He made his U-23 international debut in a friendly tournament in Egypt last November.

"It's always an honor to be called up by the national team and I know opportunities like this don't come often," Song said. "I've been dreaming of competing in the Olympics. I'll keep playing with confidence." 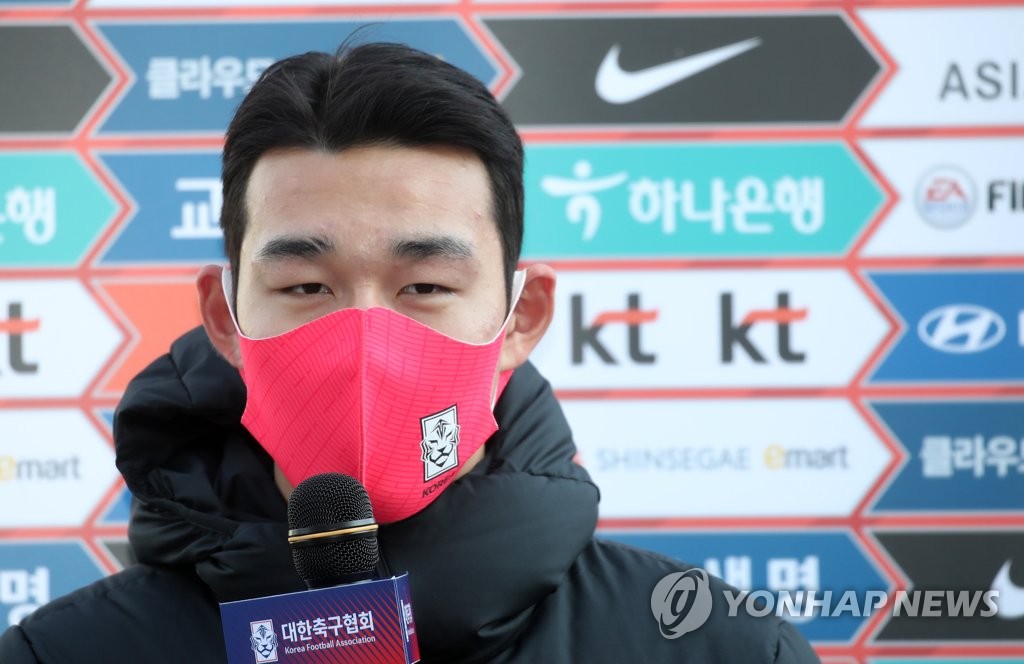