SEOUL, Jan. 14 (Yonhap) -- The following is the chronology of former President Park Geun-hye's trials over a high-profile corruption scandal that led to her removal from office in 2017.

May 23: The trial for the abuse-of-power case begins.

April 6: The Seoul Central District Court sentences Park to 24 years in prison and a fine of 18 billion won in the power abuse case.

April 23: The trial begins for the bribery case, in which Park is accused of accepting huge off-the-book funds from three former chiefs of the National Intelligence Service (NIS).

Aug. 24: The Seoul High Court sentences Park to 25 years in prison and a fine of 20 billion won in the power abuse case.

Aug. 29: The Supreme Court sends her influence-peddling and power abuse case back to an appellate court.

Nov. 28: The Supreme Court sends her NIS bribery case back to an appellate court.

July 10: In a retrial, the Seoul High Court sentences Park to a total of 20 years in prison for bribery, abuse of power and other criminal charges, on top of a fine of 18 billion won and a forfeit of 3.5 billion won.

July 16: Prosecutors file an appeal against the ruling.

Jan. 14: The Supreme Court upholds a 20-year prison sentence and a fine of 18 billion won for Park in the corruption case, dismissing prosecutors' appeal. 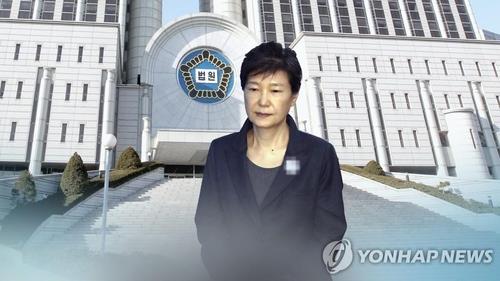