SEOUL, Jan. 14 (Yonhap) -- North Korea appears to have left some room for improvement in inter-Korean relations despite its harsh words against Seoul during a recently concluded party congress, the unification ministry said Thursday.

The ministry made the assessment in an analysis report on the eighth congress of the North's ruling Workers' Party, during which the North "called for a sincere change" in Seoul's attitude and urged the South to implement inter-Korean agreements.

During the eight-day party congress that ended Tuesday, North Korea, however, said that any improvement in relations would be conditional on the South ending "all hostile acts" and called on the South to suspend its joint military drills with the U.S, which Seoul may find hard to accept.

"(North Korea) called for a sincere change in our attitude and solving fundamental problems, signaling improvements in inter-Korean relations," the ministry said.

The ministry also viewed the North's expressions of "a new starting point" and "peace and prosperity" as messages that signal room for improvement in inter-Korean ties.

Inter-Korean relations have been stalled since a no-deal summit between North Korean leader Kim Jong-un and U.S. President Donald Trump in 2019.

Cross-border tensions flared up last year as North Korea blew up a joint liaison office in anger over anti-Pyongyang leafleting, a stark contrast with a peace mood created in the wake of the historic summit between their leaders in April 2018.

In assessing the results of the party congress, the unification ministry expressed hope that the North agreed in principle with the South on the importance of resuming inter-Korean relations. 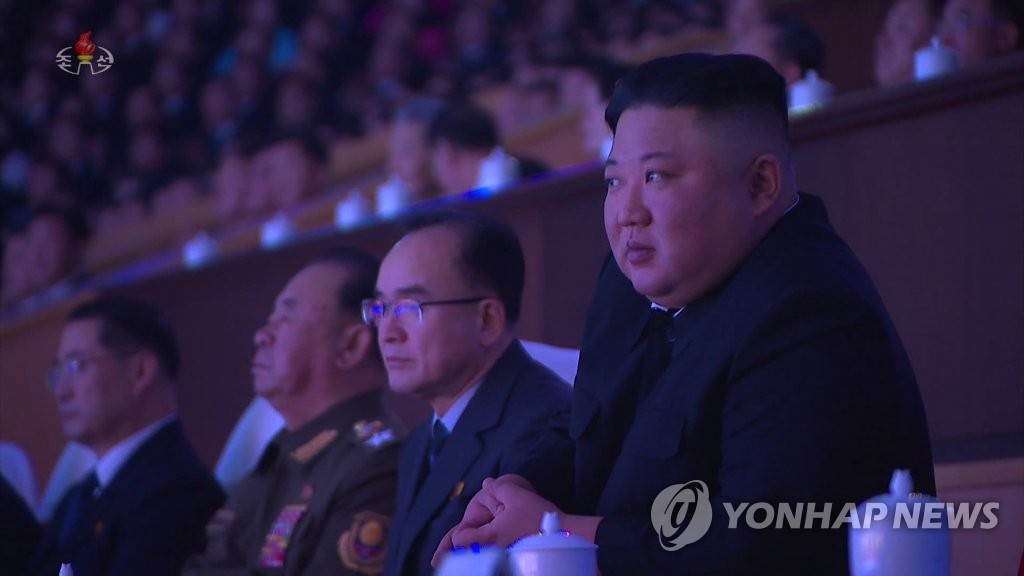 The ministry said the North appears to have toned-down its message toward the U.S. at the party congress, saying it did "not completely shut the door for dialogue."

During the party congress, Kim defined the U.S. as the North's "foremost principal enemy" and called for strengthening the nuclear capabilities of his country.

"The North appears to have notified that it will employ a strategy of both toughness and moderateness, resuming talks with the North or staging provocations according to the Biden administration's policy line on North Korea," the ministry said.

On Kim's powerful sister Kim Yo-jong, the ministry said she is likely to maintain her status as a "key aide" to the leader in inter-Korean affairs and relations with the U.S., although her position has been demoted "on the surface."

In an earlier session of the party congress, she was not listed as a member nor as an alternate member of the party's politburo, sparking speculation of her possible demotion.