The parade came after Pyongyang wrapped up its eight-day congress of the ruling Workers' Party on Tuesday, at which leader Kim Jong-un called the United States the North's "foremost principal enemy" and pledged to bolster the nuclear arsenal of the country.

Armored vehicles led the parade, followed by state-of-the-art tactical missiles, according to the Korean Central News Agency (KCNA). Fighter jets flew in formation and drew "eight" in the sky with fireworks in celebration of the eighth party congress.

"The world's most powerful weapon, submarine-launch ballistic missile, entered the square one after another, powerfully demonstrating the might of the revolutionary armed forces," it added.

KCNA boasted of the North's military power, stressing that it is a "nuclear-weapon state."

The North's defense scientists and high-tech weapons have proven its military power as a "nuclear-weapon state and the world's greatest defense power," it said.

It is not clear whether the North displayed its intercontinental ballistic missiles (ICBMs). Details on the SLBM on display remain unclear.

Leader Kim Jong-un attended the parade, but it appears that he did not address the event. Defense Minister Kim Jong-gwan delivered a speech, according to the state media.

All the delegates "broke into stormy cheers" and were filled with "fervent enthusiasm" when leader Kim appeared at the parade to hold a photo session, KCNA said.

Kim posed for a photo with the delegates and told them that they could "break through all challenges and obstacles in the advance with the revolutionary spirit of Paektu, the spirit of self-reliance," it said.

Fireworks were shot off following the military parade as people "raised shouts of joy, feasting their eyes on the fireworks."

The parade was attended by other senior officials, including Choe Ryong-hae, the North's No. 2 leader, and Jo Yong-won, a senior party official who is believed to have jumped to the country's No. 3 position at the party congress.

Earlier, a South Korean government source said the North appeared to have staged a military parade on Thursday at around 6 p.m.

It is the first time that the North has held a military parade to celebrate a party congress.

During the parade, the North showed off a new ICBM and an SLBM. Leader Kim attended the event and delivered a speech. 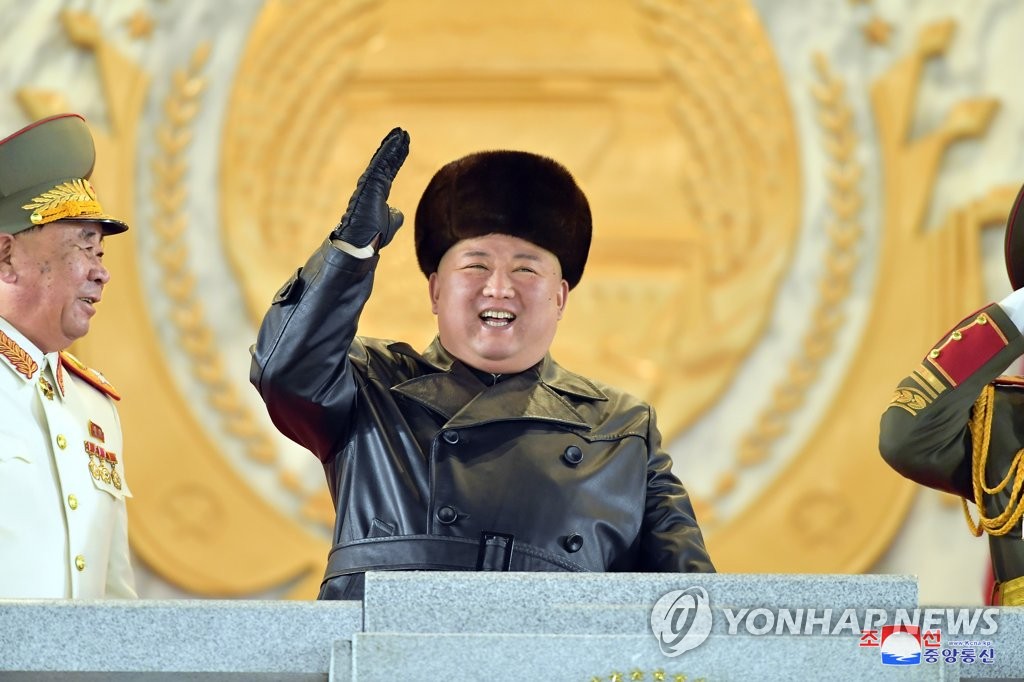 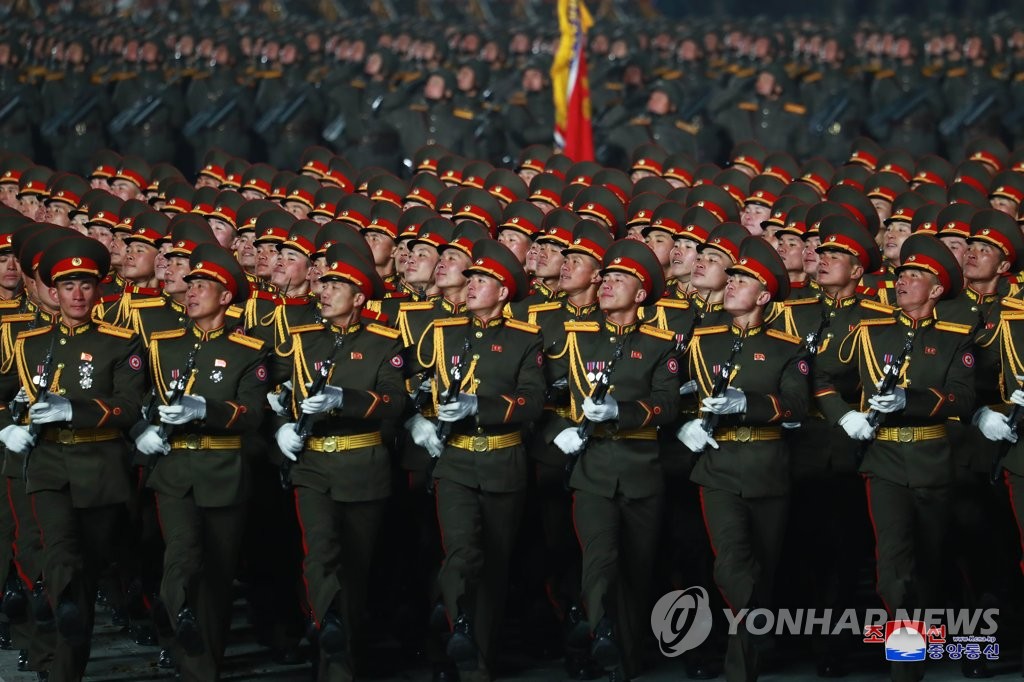 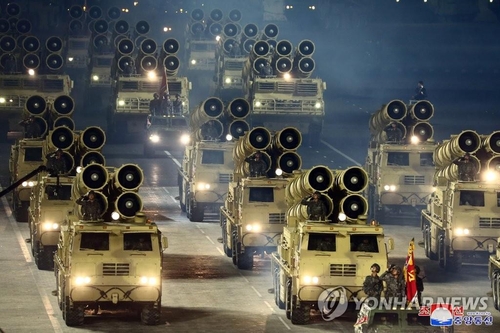