The South Korean smartphone maker introduced the Galaxy S21 series, which comes in three models -- the 6.2-inch S21, the 6.7-inch S21+ and the 6.8-inch S21 Ultra -- at the livestreamed online Galaxy Unpacked 2021 event that drew in a total of 57 million viewers globally, more than South Korea's 51 million population. 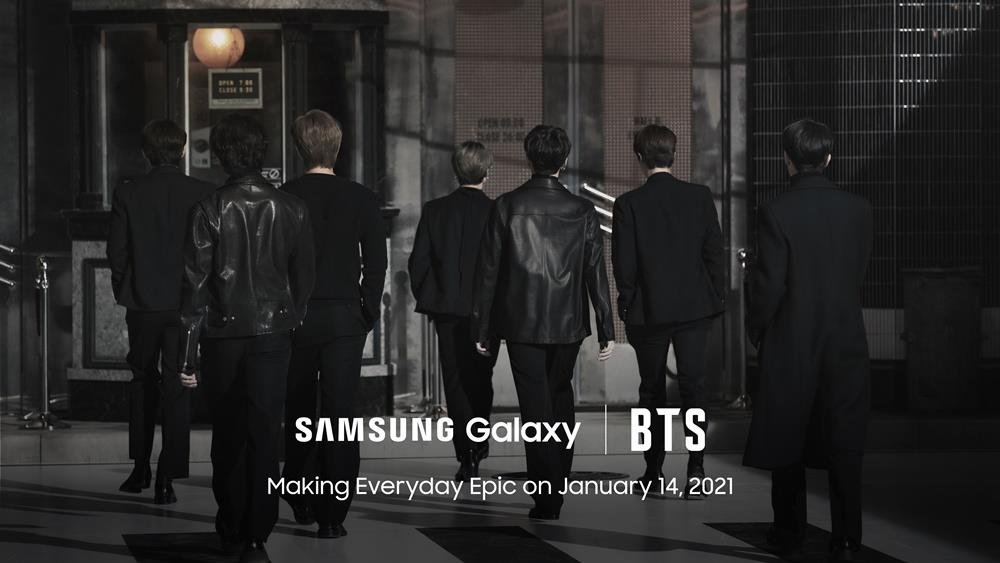 Mega group BTS was featured throughout the online event in demonstrations of the new phones as well as Samsung's new wireless earbuds, Galaxy Buds Pro.

The K-pop act has played a major role in Samsung's new product launches, with the company releasing a BTS edition of its Galaxy S20+ smartphone last year.

Leenalchi, a Korean band that raked in millions of views with its modern interpretation of traditional Korean music in the country's tourism promotional videos, capped off the event with its own version of Samsung's signature "Over the Horizon" ringtone.

The band, which has recreated traditional folk songs with a modern and funky twist, has garnered popularity after going viral in the tourism videos.

South Korean companies see K-pop and its broader Korean Wave as soft power that can appeal to young people around the world and increase its relevance to them.

According to market researcher Strategy Analytics, Samsung had a market share of 19.5 percent in terms of smartphone shipments last year, which was the first time since 2011 that its market share dropped below 20 percent.

Samsung's standard Galaxy S21 will go on sale in South Korea with a price tag of 999,900 won (US$910), which makes the device the cheapest flagship 5G smartphone model from Samsung.

The Galaxy S21 series smartphones all support 5G and boasts 5-nanometer processors and artificial intelligence-supported cameras, according to Samsung.