SEOUL, Jan. 20 (Yonhap) -- Hwang Hee, nominated Wednesday as the new culture minister, is a two-term lawmaker of the ruling Democratic Party who has built an extensive career in liberal political circles.

Hwang began his political career in the late 1990s as a secretary for the late president and pro-democracy leader Kim Dae-jung, who was then leading a liberal party. Hwang then took on several officer-level posts at the presidential office during late President Roh Moo-hyun's term.

Hwang, who also worked as a policy aide for late Seoul Mayor Park Won-soon in the 2011 by-election, returned to the Democratic Party in 2015. He was elected as a lawmaker in the 2016 general elections, working actively in the land and transportation committee at the National Assembly.

Since his election, he has emerged as a key figure in the ruling party and has been noted for his friendly attitude and drive for planning. In 2017, Hwang contributed to President Moon Jae-in's presidential bid by taking on a key post in his election camp and also led the party's press and promotional activities.

In 2020, Hwang was elected as a lawmaker for a second term and served as the administrator of the defense committee at the National Assembly. He has also taken part in a think tank launched by pro-Moon lawmakers.

Hwang was born in Mokpo, South Jeolla Province, in 1967 and graduated from Soongsil University in Seoul with a degree in economics. 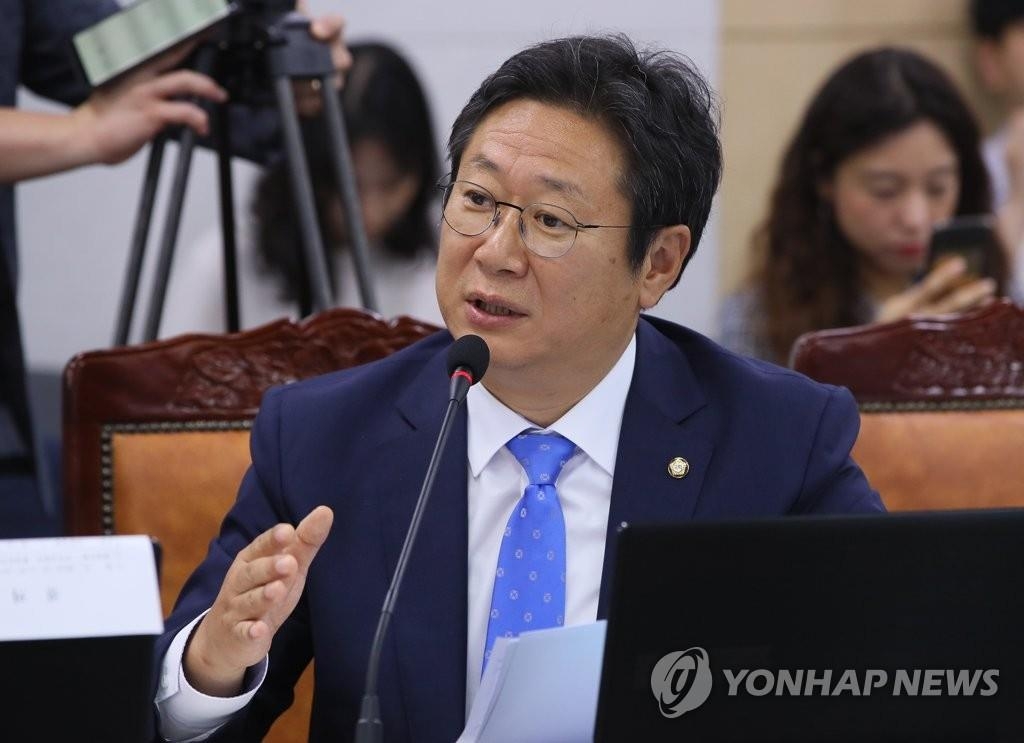