SEOUL, Jan. 25 (Yonhap) -- South Korean rapper Iron, disgraced by a string of assault and other scandals, was found dead at an apartment in Seoul on Monday, police said.

Iron, whose real name is Chung Heon-chul, was found bleeding and lying on the grass by an apartment guard around 10:25 a.m. before being transported to hospital and pronounced dead, police said.

Police opened an investigation into the exact cause of his death. 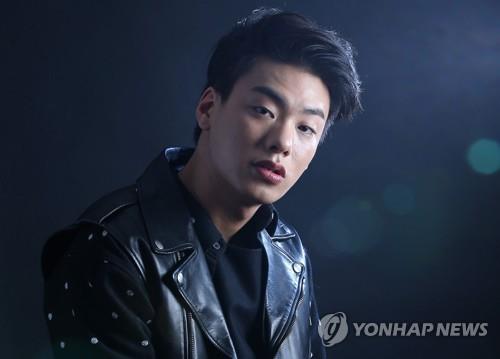 The 28-year-old Iron gained fame after becoming a semifinalist in the third season of cable music channel Mnet's hip-hop audition program "Show Me the Money" in 2014.

Iron was briefly detained last month for allegedly assaulting his 18-year-old roommate with a baseball bat at his home in the central Seoul ward of Yongsan. The roommate was reported to be Iron's student, who was living at his home to learn about music.

In 2018, Iron was sentenced by a court to eight months in prison, suspended for two years, for punching his girlfriend in the head at his home in September 2016.

In 2016, he was found guilty of smoking marijuana between 2014 and 2015 and was sentenced to eight months in prison, also suspended for two years. Last September, he was fined 5 million won (US$4,535) for spreading false rumors about his former girlfriend through media.