SEOUL, Jan. 26 (Yonhap) -- Three officials from a burger patty supplier for McDonald's Korea were given suspended prison sentences by a local court Tuesday for providing patties potentially contaminated with E. coli to the local unit of the global fast-food giant.

A managing director of the supplier, whose name was withheld, and two mid-ranking officials in charge of production and quality management, respectively, were indicted without detention in 2018 for allegedly distributing 63 tons of beef patties that tested positive for intestinal hemorrhagic E. coli contamination.

In addition, they were charged with selling 2,160 tons of beef patties with Shiga toxin genes detected in a PCR (polymerase chain reaction) test, a test method that amplifies DNA. Shiga toxin is a toxin component released from intestinal hemorrhagic E. coli.

"The crimes of the defendants have raised concerns about food and posed a serious risk to the health of the people, causing serious harm to society as a whole. The nature of their crimes is not good, as they instructed relevant officials to delete test results," the court said.

The court also explained it determined their sentences after considering that Song was not punished before for a similar crime and the two officials had no prior criminal record.

The defendants denied their charges throughout court hearings that lasted three years, saying there was little possibility of their patties being contaminated with E. coli and they did not have any criminal intention.

A lawyer representing a child who contracted an incurable kidney disease in 2016 after eating a McDonald's burger served with an undercooked patty welcomed the convictions of the three officials but expressed regrets over their suspended sentences.

Their indictments came after a group of local consumers filed complaints with the prosecution claiming that they or their families suffered from hemolytic uremic syndrome, known simply as HUS, after eating McDonald's burgers served with undercooked patties.

In February 2018, state prosecutors decided not to file charges against McDonald's Korea, saying it is difficult to prove any causal relationship between McDonald's burgers and HUS.

But the Seoul prosecution began a reinvestigation into the case in January 2019 after a new complaint was filed by nine civic groups.

Last November, prosecutors from the Seoul Central District Prosecutors Office seized documents, including those on food material management, from the office of McDonald's Korea in Seoul's Jongno Ward during a raid. 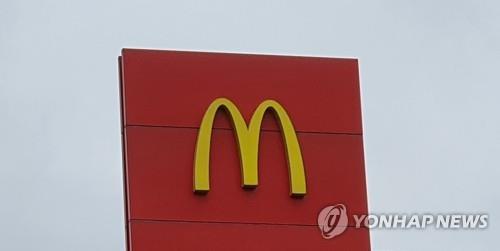