"The number of daily cases has risen back to above 500. We've confirmed a mass outbreak at an unauthorized school owned by the Gwangju branch of IM missionary society," Chung said during an interagency meeting on the COVID-19 response held at the government complex in Sejong, 120 kilometers south of Seoul.

State and local health authorities have been trying to contain several cluster outbreaks that have emerged over the weekend at unregistered schools owned and run by IM.

Cases linked to IM's IEM School, a missionary training center in the central city of Daejeon, have climbed to 171 as of Tuesday, with an affiliated school in Gwangju, the TCS Ace International School, also having reported 109 cases.

Separate TCS branches in Anseong and Yongin, both near Seoul, have also reported patients.

The ongoing outbreaks pushed the number of COVID-19 cases in the country back to the 500s, the highest in 10 days.

Cases linked to IM are feared to increase further, as IM operates over 20 similar schools across the country.

"Other regions cannot remain relaxed, as related facilities are located in different parts of the country," Chung said, instructing state authorities and the local governments to carry out a full examination of all facilities related to the missionary group.

Authorities are especially concerned that the latest outbreaks could explode in ways similar to earlier high profile cases centered on other religious institutions -- the Shincheonji Church of Jesus and the BTJ Center for All Nations. 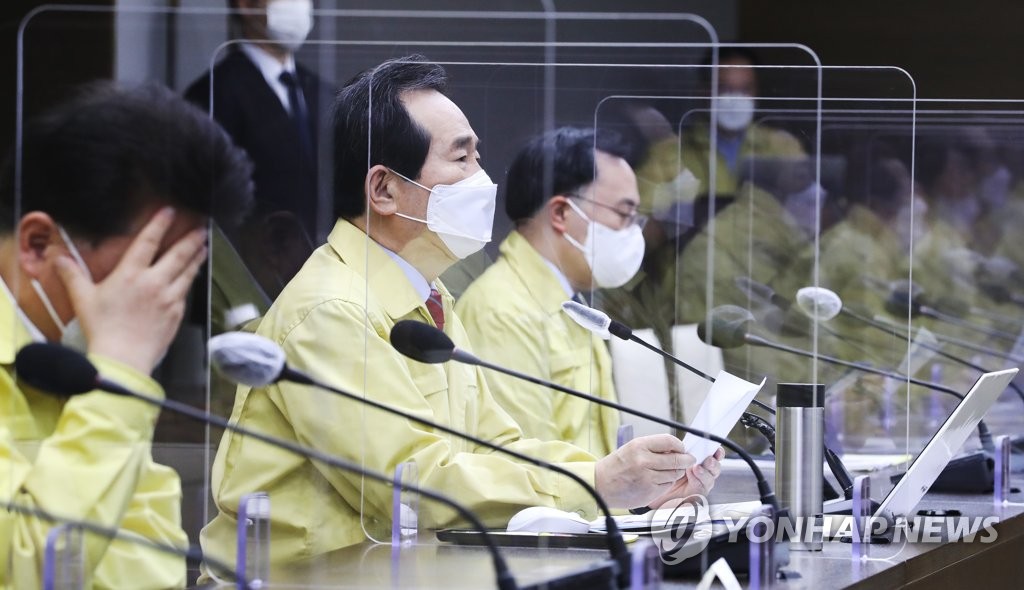